By Kamila Zhumabayeva in People on 8 December 2016

ASTANA – Ten contestants ages 17-40 presented their talents to compete for the title at a pageant among women with physical challenges held in Pavlodar’s Estai Palace of Culture.

“There can’t be any losers in this competition, because every one of them participating is a winner,” said Pavlodar Deputy Akim (mayor) Ardak Tursukpayev, according to Kazinform. “Every one of them had to overcome herself and the circumstances due to which they found themselves in wheelchairs.” 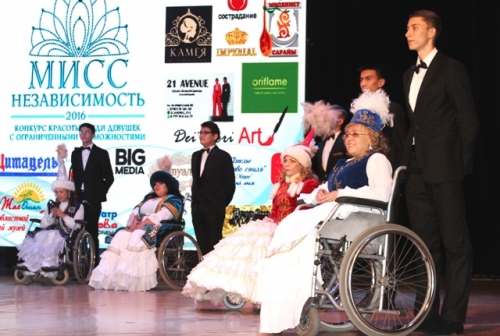 The contest, the first of its kind, was dedicated to the country’s 25 years of independence celebration, and many people gathered to watch the contestants compete for the Miss Nezavisimost (Miss Independence) title. Participants sang, danced, spoke different languages, cooked, painted and made origami.

“I hope this is only the beginning of a big annual project aimed at supporting residents with disabilities initiated by Pavlodar resident Dariya Zhumabekova,” noted Tursukpayev.

Yekaterina Semenistaya, 19, captured the Miss Independence title. She was diagnosed with short-term memory at age 10 and conquered the jury with her talent to soulfully recite poems and love of life.

“Once, Ded Moroz [Slavic fictional character similar to that of Father Christmas] came up to me and advised memorising poems. Since then, there is no stopping me. I have learned so many lines by heart! I still do it with big pleasure. Now, doctors say my head is a flash drive with lots of memory,” she said during her speech, noted Today.kz.

As a сhild, Semenistaya was also diagnosed with cerebral palsy.

“My dream is to walk on my feet. I believe someday the dream will come true,” she said.

Valentina Tolmacheva won the audience choice award. As a child, she did rhythmic gymnastics and skating and said she couldn’t imagine her life without Soviet films. 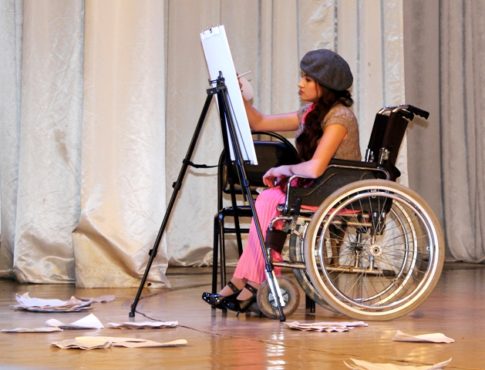 The winner of the Miss Artistizm (Miss Artistry) title, Olesya Roschina dedicated her performance to her son and daughter-in-law. She graduated from music school on piano and used to work as a kindergarten teacher and hairdresser.

Luiza Susurkiyeva, who won the Miss Charm title, said she often forgets she is sitting in a wheelchair. She feels like living life to the fullest and dances at the rehab centre studio. Susurkiyeva shared about her dream to visit the historic homeland of the Caucasus and learn to play dombra (Kazakh national music instrument) perfectly.

Yuliya Petruseva said she spends her free time at the gym. She dreams of taking part in the 2020 Tokyo Paralympic games and was awarded the Miss Vdokhnoveniye (Miss Inspiration) title.

The youngest participant was Svetlana Motavilnik, an 11th grader at school No. 21. She captured the Miss Talent title by showing the jury her aptitude for painting.

Miss Grace Mira Mailyubayeva spoke about taking her first steps as a child during a treatment in Budapest. She can speak English, German and Hungarian.

Aliya Asanova, who is fluent in English, won the Miss Erudition title.

Network administrator Natalya Nenadova was awarded the Miss Obayaniye (Miss Fascination) title. Alina Safronova, who dreams of singing a duet with Soviet and Russian performer Alla Pugacheva, was named the most gentle.

Despite fatigue and agitation, the contestants held strong. They, their families and friends suggested the contest be held every year.