MEGA Silk Way to Officially Open in 2017, Will be ‘City Within a City’

ASTANA – MEGA Silk Way, the capital’s new shopping and entertainment centre located at the EXPO 2017 site, was launched in December. The official opening is planned for the first quarter of 2017. 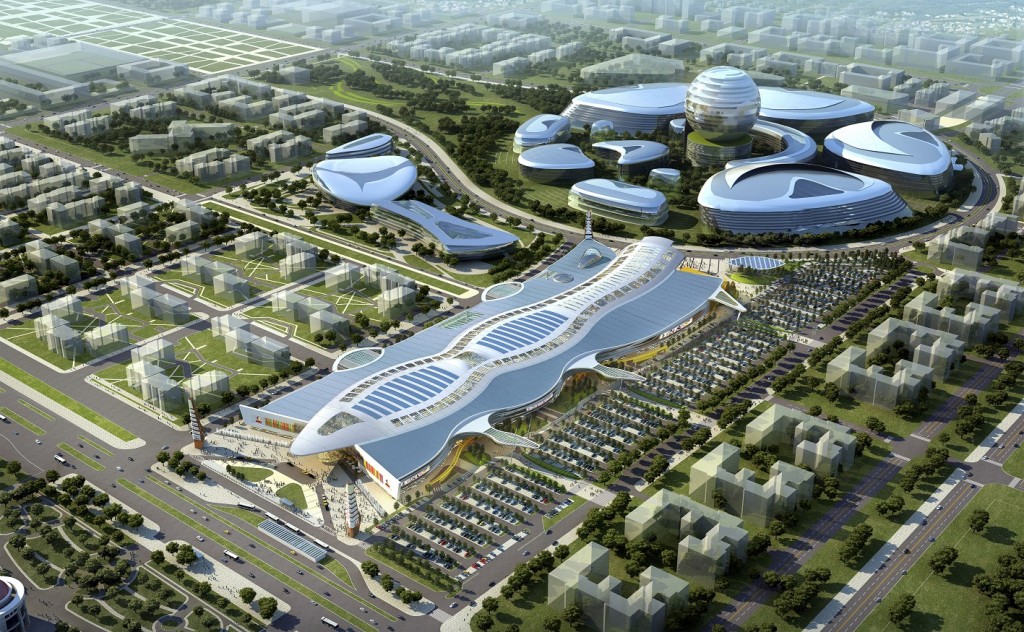 “The total area of the new mall is about 140,000 square metres. The length is about 500 metres and width is about 160 metres, while the height of the atriums is 25 metres, which makes it almost the same level as an eight-story building,” according to the management.

British company Chapman Taylor, which has completed more than 2,000 large-scale retail projects in 90 countries, is the architect.

“The building of MEGA Silk Way harmoniously fits into the existing style of the architectural ensemble of the international exhibition EXPO 2017,” noted the press release.

The mall is based on the concept of “a city within a city” with its own streets and art objects. The estimated attendance at the shopping centre is one million visitors a month, and this figure is expected to rise to two million during the exhibition.

The complex has rented 205 premises, according to company management. To date, 88 tenants have signed agreements, 10 percent are negotiating and 2 percent remain available.

In addition to Happylon and Evrikum, the mall will also have a Kango trampoline centre and Mega Ice, an 800-square-metre ice rink. Guests will be able to enjoy the largest screen in Astana in the 11-hall Chaplin cinema.

International retailers have been paying attention to the project, noted the management. In 2017, Swedish clothier H&M will launch its store with a trading area of 2,545 square metres. Inditex, one of the world’s biggest retailers with its brands Zara, Massimo Dutti, Bershka, Pull&Bear and Oysho, will occupy 8,000 square metres.

MEGA Silk Way will also have a unique platform, an innovative laboratory where young professionals in the information system and technology fields will be able to develop and test their projects.

The new complex is expected to create more than 2,000 jobs, and including service companies, in excess of 5,000 people will be employed. The annual tax payments to the budget are projected to be about 5 billion tenge (US$15 million).

Approximately 67 billion tenge (US$201.7 million) was invested into MEGA Silk Way, 70 percent of which are loans and 30 percent from the company’s own funds.