ASTANA – This year, Kazakhstan was ranked 51st out of 144 countries in the World Economic Forum’s gender equality index, according to President of the Association of Businesswomen of Kazakhstan (ABWK) Raushan Sarsembayeva. The proportion of women in the country’s lower chamber of Parliament, the Mazhilis, is 27.1 percent this year. 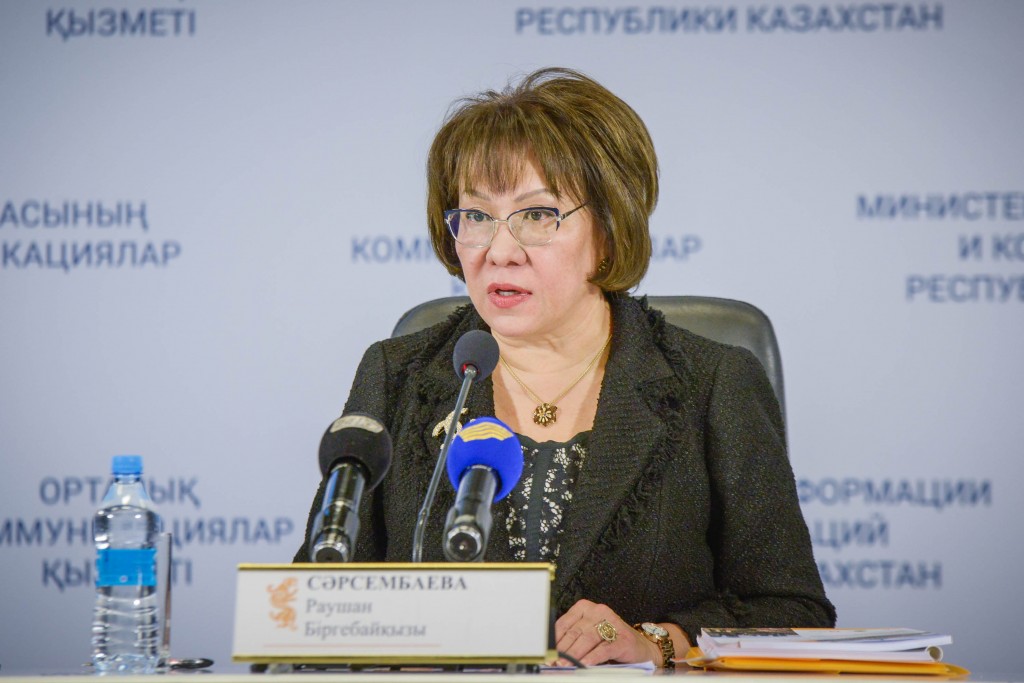 But despite these impressive figures, numerous issues still need attention and work, she said.

“Especially in the field of labour and employment, gender stereotypes persist in the public mind and the situation with domestic violence is still unsettling,” she said. “Among the main findings of the project, however, it should be noted that public and expert opinion estimate that over the past 10 years, the situation of women in society has improved,” she stressed.

Sarsembayeva, who is also a member of the National Commission for Women’s Affairs, Family and Demographic Policy under the President of Kazakhstan, summed up the results of the 2006-2016 Strategy of Gender Equality in Kazakhstan Dec. 5 at the Central Communications Services. The main directions of the project were to assess the implementation of the strategy, eliminate violence within families and promote women’s political involvement and achievements in the country.

ABWK launched online and telephone counselling on family relations and domestic violence prevention for young families, women and young people in all regions of the country. The association has distributed special booklets designed by psychologists encouraging life without domestic violence and listing signs that help identify psychological, economic, emotional, sexual and physical violence.

“In just two months, more than 300 people called to consult a family psychologist on social networks and hotlines, mostly from Astana and Almaty, as well as from the South Kazakhstan region. Out of all the anonymous calls received, 5 percent were complaints of physical abuse in the family, more than 35 percent about economic violence by a spouse and 40 percent about emotional abuse by a spouse,” noted Sarsembayeva.

The project results showed that online counselling is in high demand and is a mobile type of assistance.

Sarsembayeva also emphasised that the proportion of women in both houses of Parliament (the Mazhilis and the Senate) account for 20.8 percent.

“Women’s representation in the maslikhats of all levels this year reached 22.2 percent of the total number of the elected members,” she concluded.

Among the regions, Kostanai ranked first with 31.6 percent women members in maslikhats, while women make up only 5.1 percent of members in South Kazakhstan region city councils.