TASHKENT – Minister of Foreign Affairs Erlan Idrissov met with Uzbek President Shavkat Mirziyoyev and Foreign Minister Abdulaziz Kamilov in Tashkent on Dec. 23 to discuss bilateral ties and cooperation within the framework of Kazakhstan’s election to the 2017-2018 UN Security Council. 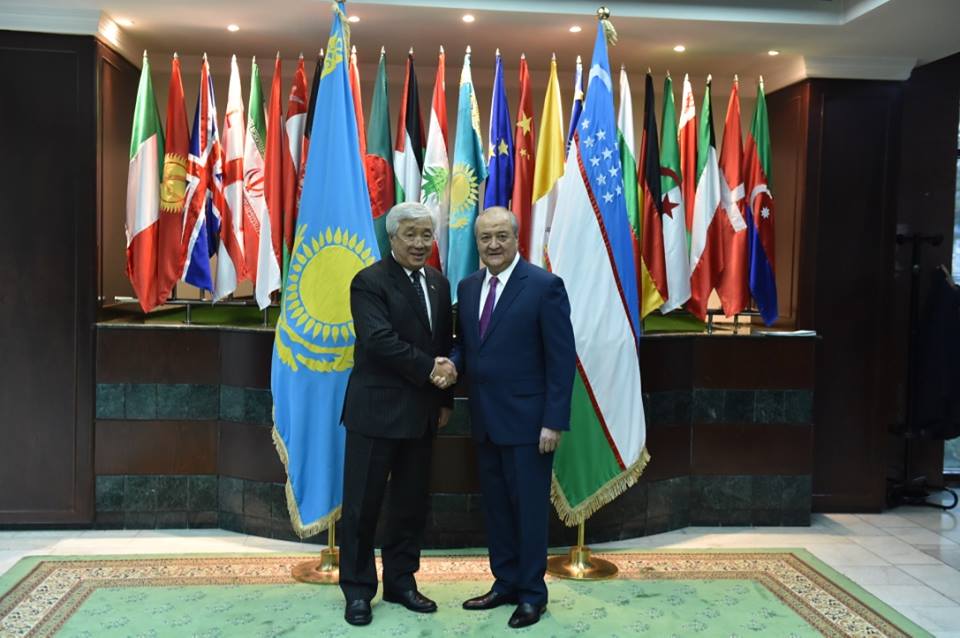 According to a Kazakh Foreign Ministry’s press release, Mirziyoyev said Tashkent considers Kazakhstan’s election to the UNSC a success for the entire region and that Uzbekistan is ready to help promote Central Asian’s interests within the UNSC, including tackling security challenges coming from Afghanistan.

Mirziyoyev highlighted Kazakh President Nursultan Nazarbayev’s contributions to global nuclear disarmament and non-proliferation and the strengthening of the Central Asian Nuclear-Weapons-Free Zone that was created with the participation of five countries in the region.

In turn, Idrissov noted the importance of reforms initiated by Mirziyoyev for Uzbekistan’s socio-economic and political development with particular focus on citizens’ needs. Next year in Uzbekistan will be the “Year of dialogue with the people and interests of the people.”

“We are impressed by your radical steps to improve the business environment in the country and make it attractive for foreign direct investment,” Idrissov stressed.

Idrissov noted the importance of steps taken by Astana and Tashkent to enhance economic cooperation, establish closer ties between Kazakh and Uzbek entrepreneurs and implement joint projects in trade, industry, agriculture and logistics.

Idrissov thanked Kamilov for supporting Kazakhstan’s campaign for election to the UNSC and briefed him on Kazakhstan’s main priorities.

The parties discussed their interest in long-term stabilisation of Afghanistan and their intention to continue helping that country with infrastructure rebuilding, social and economic development and strengthening its national education system.

Idrissov’s visit to Tashkent came as part of his trips in recent weeks to countries in the region, including to Afghanistan and Tajikistan, as Kazakhstan develops its priorities for the two-year UNSC membership and prepares to assume its seat there on Jan. 1, 2017.