Head of Astana’s Orthodox Church Wishes All a Merry Christmas

ASTANA – Senior churchman of the Russian Orthodox Church Father Dmitry from Astana discussed the difference between the Orthodox and Catholic Christmas and the meaning and importance of the holiday as he congratulated the people of Kazakhstan on the season. 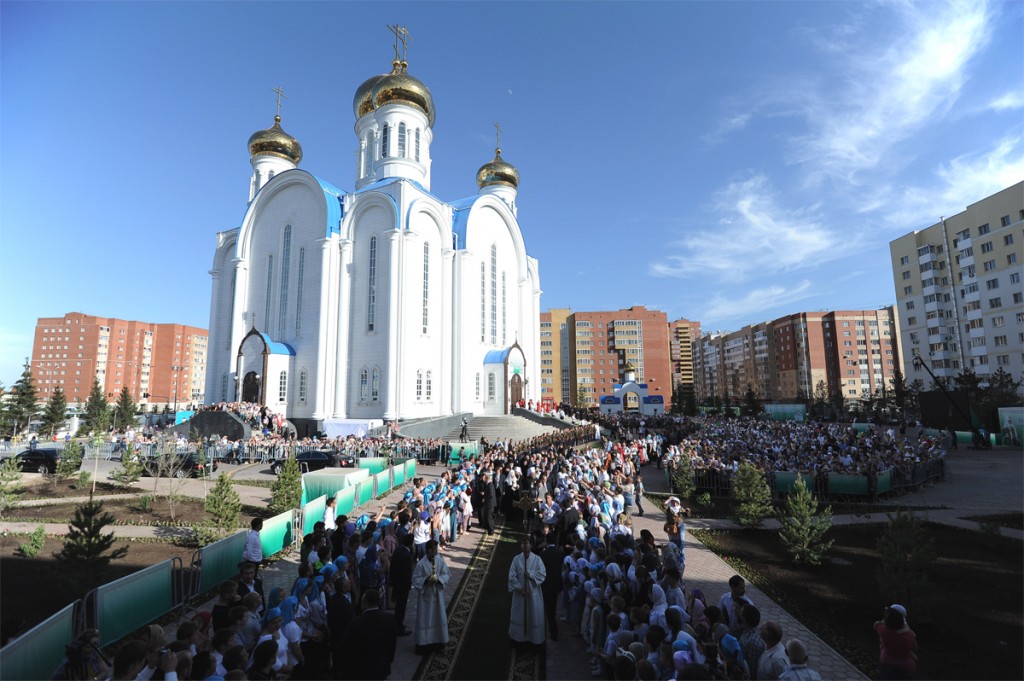 “The attitude of the Orthodox and Catholic Churches to Christmas is similar. The difference is in calendars,” he explained in a Dec. 26 interview. “Everything is quite simple. Historically, the Eastern Orthodox Church lives according to the Julian calendar, while the Western Christian church lives according to the Gregorian calendar. The difference between them is 13 days. We celebrate the same event – the Christmas of our Lord, Jesus Christ.”

“Christmas is a holiday that is supposed to start the saving of mankind. After all, why did Christ the Saviour come into the world? He came to take on our human nature wounded by sin. God became a man to heal mankind; he created himself, mankind, which has fallen away from the Lord into sin,” he said.

“God gave man freedom and see how we use our freedom. We don’t use it kindly at all,” he added.

Father Dmitry likened sin to a virus spreading through humanity.

“A man himself could not manage it at all, because it is above our nature. We need something special, supernatural. Therefore, God becomes a man, with our infirmity, illnesses and weaknesses. But he does not have personal sin, and this is why he was able to defeat that sin, change human nature and make possible the purification of human nature,” he said.

“In these rather difficult economic times, I would like to wish all the Christmas miracle, which will touch all our hearts, and I would like to wish everyone to become like little children for a while. I mean children in the sense that children more genuinely perceive our world… without guile and without self-interest. I would like us to treat each other with kindness and never stop believing in miracles. I would like everyone to work together for the good of our country, which is also very important,” Father Dmitry said.

“I often read comments in social media written for various events and news and I see that someone is always accusing our government, someone blaming our leaders. But in fact, many of these people do not want to do anything. We always want to have someone do something for us. Therefore, I wish that each of us take part in the development of our state for ourselves, giving our fair contribution. I would like a baker to bake really good bread that can be eaten the next day. I would like to wish our military men to honourably defend our homeland, our diplomats to do their work properly, raising the image of our country to a new level. I would like to wish our officials to care about the welfare of our people. And I would like people to not blame each other, but to do the best they can for building our future and making our lives better. This is very important; this is all we need,” said Father Dmitry.

“I congratulate everybody and wish Merry Christmas to all people of any faith! By the decree of President [of Kazakhstan Nursultan] Nazarbayev, this day gained the status of an official holiday, which can’t be found in any other country of the former Soviet Union. Even in Russia, this holiday is not specially marked and is celebrated in the series of holidays. It shows the good, fraternal relations of our country. We need to continue developing that,” he said.