By Zhanna Shayakhmetova in Tourism on 14 November 2016

ASTANA – Travelling keeps one’s mind open to new horizons and impressions. Experiencing other cultures promotes peaceful co-existence. South African traveller David Clinton Marcus and his exciting discoveries are a good example of a way to rise above social and geographic distances and see all people as one.

In a five-year period, Marcus visited 69 countries. Unfortunately, he was not able to finish a trip across Asia to Japan as his car broke down and he returned home.

A year later while travelling in Kazakhstan, Marcus had a car accident April 22 near Balkhash, a city located on the northern shore of the lake of the same name. Nobody was hurt, but his two cars were completely written off. 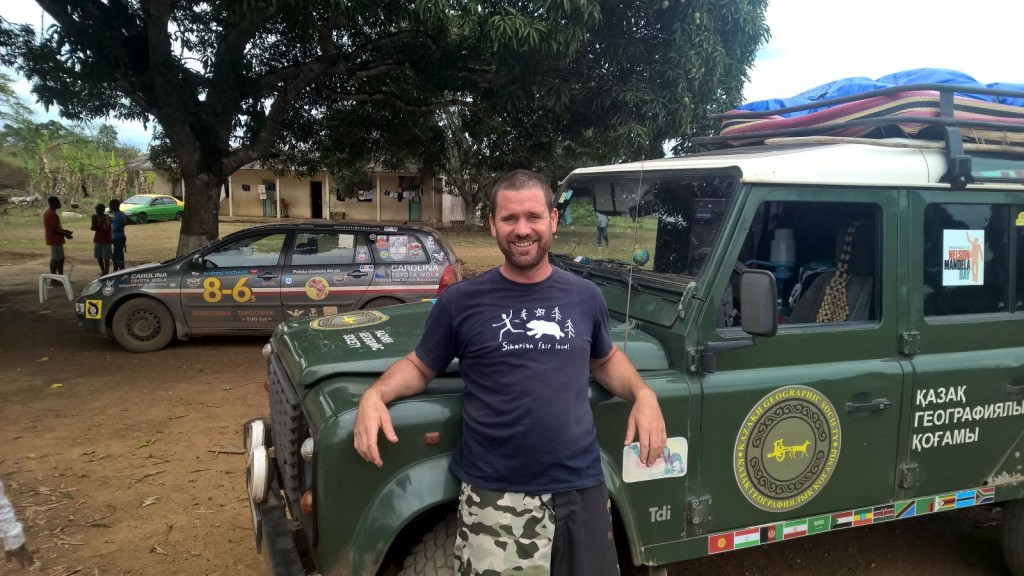 The Kazakh Geographic Society (KazGeo) supported the traveller for his trip home along with members of the Kazakh and South African diplomatic missions, allowing his expedition to contribute to establishing cultural relations between the countries.

“I am extremely grateful to all parties who assisted me in achieving the success I have. Less than six months ago I was in Almaty selling my possessions collected during five and a-half years of travel through 69 countries. Now, I’m safely back in my home country having traversed three continents and passed through 27 countries. Without KazGeo’s help, this would not have happened,” he said. 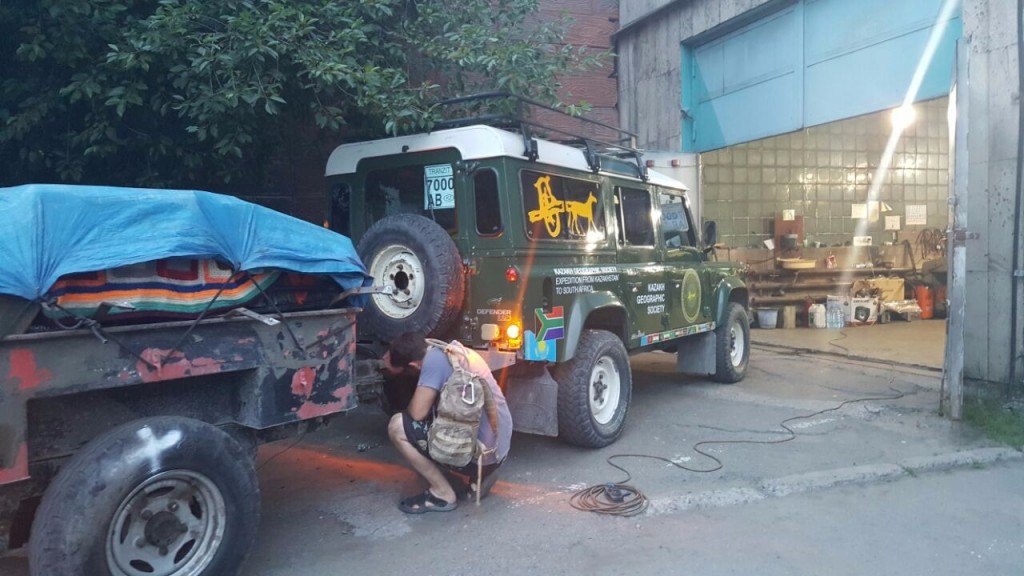 “The moment I crossed the border into South Africa I felt satisfied in successfully completing the expedition from Kazakhstan to South Africa. During the last four months, there were many highs and lows. There were moments of utter despair and hopelessness, but I always soldiered on and overcame any obstacles in my path,” he said.

He noted his mission is to discover new cultures, food, language and music.

“I’ve been in and out of Kazakhstan 12 times. In Kazakhstan, I found beshbarmak (the national meal of boiled horse meat with pastry noodles and potatoes) and I learned some Kazakh. I found that Borat was not from Kazakhstan and it’s completely different. Most of the Kazakhstan steppe was flat and boring, but I enjoyed seeing the millions of horses as well as eating horse meat. In the south, close to the Uzbek, Kyrgyz and Chinese borders, the mountains are very special, as well as the lakes such as Big Almaty Lake and Charyn Canyon as well,” Marcus told The Astana Times.

He encountered many obstacles in the last few months, including a border problem, frequent lack of communication and unsafe routes between warring countries. He admitted he is eager to continue travelling around the world, but currently is enjoying his stay at home.

“Arriving in the southwest corner of Africa, a natural question is ‘Where to next?’  A quick answer is the Caribbean. In December 2016, I will travel by cruise ship from Gran Canaria to the Dominican Republic, stopping at several islands on the way. After that, Haiti, Cuba and possibly Central and South America,” he said.

In late October Marcus, Kazakh Ambassador to South Africa Talgat Kaliyev and South African Ambassador to Kazakhstan Shirish Soni spoke on the Ubuntu radio programme about the automobile expedition, a project that united the two countries.

“Both Ambassador Kaliyev and I wanted to show the world that geography and logistics should not prohibit us from promoting tourism. We should promote trade and investments. We should promote people-to-people contact… We want businesses, cultural organisations and our politicians on both sides and our youth to know that it is possible to bring Central Asia and South Africa very close… It is possible for us to have much more contact at all levels between Kazakhstan and South Africa,” said Soni.

He added the main purpose of the trip was to encourage business people and tourists that distance and logistics are not a barrier.

Marcus proved there is nothing as strong as human spirit, said Kaliyev. He also spoke about popular tourist destinations in Kazakhstan which can be attractive to South African residents.

“Kazakhstan is a big country with a harsh climate because it is very continental. People can pick up the options to see the biggest rocking formations in the world, Baikonur Cosmodrome in the centre of Kazakhstan and mountains which are some of the world’s best for skiing,” he said.

KazGeo members were pleased to assist the traveller, as one of the organisation’s goals is developing domestic tourism and promoting travel as a way of understanding the world.

“We are all human and nothing human can be alien to us. To help the stranger and give him shelter is a part of the Kazakh tradition. Now, people know more about Kazakhstan thanks to the joint efforts of KazGeo and the embassies of the two countries,” said KazGeo General Committee Chairman Tolegen Tastanbekov.