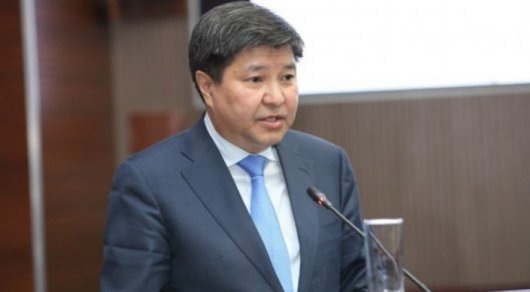 “We sit here and know nothing that’s going on the ground and the Ministry of Internal Affairs does not know. No one from the chiefs in the ministry or chief prosecutors from the regions will call and say about these problems. [We need to] develop recommendations on how victims can defend themselves. Let’s start from these kinds of crimes and then in the future we will necessarily activate the work to help people, to inform them how competently defend their rights, and let us appoint a female prosecutor for such a case,” he said, reported Tengrinews.kz.

Asanov emphasised law enforcement authorities have little knowledge of what is happening in the country in terms of violence and paedophilia.

“We have enough female prosecutors. If we don’t, it is necessary to hire them. This is an urgent issue which can be done quickly. We don’t need to spend either money or efforts,” he added.

He asked all regional chief prosecutors to charge their male prosecutors with finishing their rape criminal cases in a week and not to work on such cases in the future.

“Why not to do the same in our country? Is it a big problem to create phishing websites for our law enforcement bodies? No, of course it is not a problem and it can be done in a short time,” he said at the board for preventing offenses against the sexual inviolability of minors.

“Today, there are 1,229 rapists in our prisons. Eventually, they will be released. But any clear, meaningful prevention work is not carried out. Therefore, we propose to conduct a special psychiatric examination to identify sexual deviations for every such criminal. As a result, we need to develop a treatment programme and recommendations for the period of the sentence,” he said.

Kravchenko discussed cooperating with a civil movement headed by Dinara Ismailova and suggested the Ministry of Education and Science cooperate with the Ministry of Internal Affairs and train 300 teachers from different regions who can instruct others on ways to fight against sexual violence.

“In Kazakhstan, 183 children suffered from rapists this year. This number is much less than last year (292 cases). Of course, it is impossible to assess the situation using only figures. Every incident is a tragedy for a family, the whole society; an open wound in the heart of a child. This year, 111 people were convicted for sexual offenses against children,” said Asanov.