The brand name is very strategic and at the same time emotional, said the Kazakh native.

“I have lived in many great countries and I truly feel that part of me is Kazakh, part of me is Russian and part of me is American. Throughout my childhood and adult life, I was always on the move between civilisations, countries, cities and most importantly, people. We wanted to capture in our brand Soul of Nomad the nomadic heritage of my motherland, but at the same time reflect the modernity and mobility of people around the world,” he told The Astana Times.

Soul of Nomad is about being true to the spirit of entrepreneurship, bravery and personal determination. The brand reflects the nature of Silicon Valley, where “people always strive for progress and reaching and stepping into new horizons,” he added.

The idea for Soul of Nomad was born during one of Paltachev’s transatlantic flights.

“I saw businessman and entrepreneurs struggled to feel comfortable and look sophisticated. At the same time I wanted to create something that would be relevant to the Silicon Valley, where we are always on the move in our efforts to create great products, companies and technology. We are modern nomads. In order to achieve our goals we travel from place to place; in our determination to ideas, we are restless till we reach a set goal. Soul of Nomad is a luxury fashion brand with the main focus on travel and business. Our brand is about true entrepreneurial spirit, about a dedicated individual who is self-made, a person who leads others, person of strong character, person who has a true soul – Soul of Nomad,” he said. 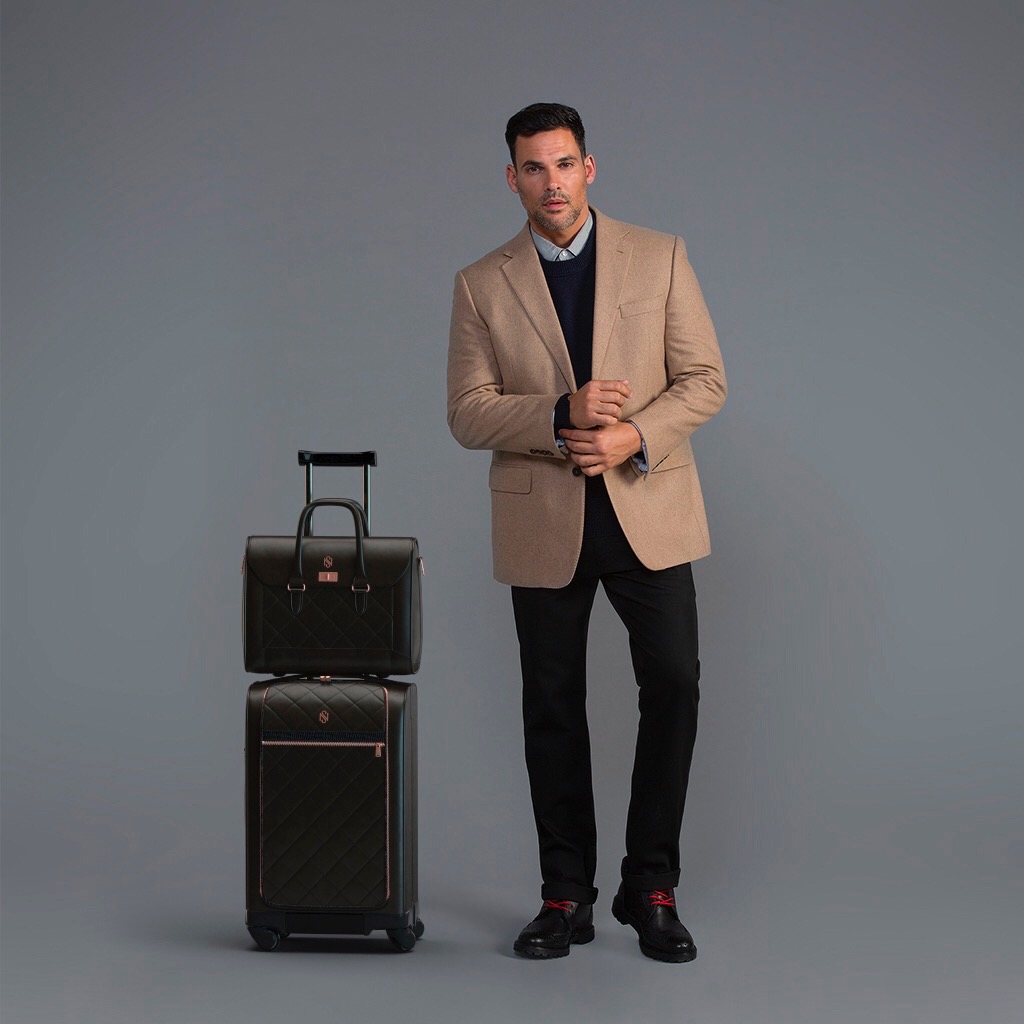 The decision to choose a luxury segment was deliberate.

“It was shaped on the suggestions of advisors and veterans of the U.S. fashion industry and professors from my alma mater, Pepperdine University. The main reasons were ease of entry, high margins, lower competition and ability to carve your own share of the market with our unique product offerings,” he said.

The company is presently working on expanding its distribution network and the first stores are slated to open in the near future in major cities such as Los Angeles, New York and San Francisco. For international customers, worldwide shipping is available.

“Right now we employ 10 people, excluding numerous subcontractors from the United States and Italy. Most of the fabrics we source from Italy, as well as hardware and labels. We have a team of talented designers,” said Paltachev. 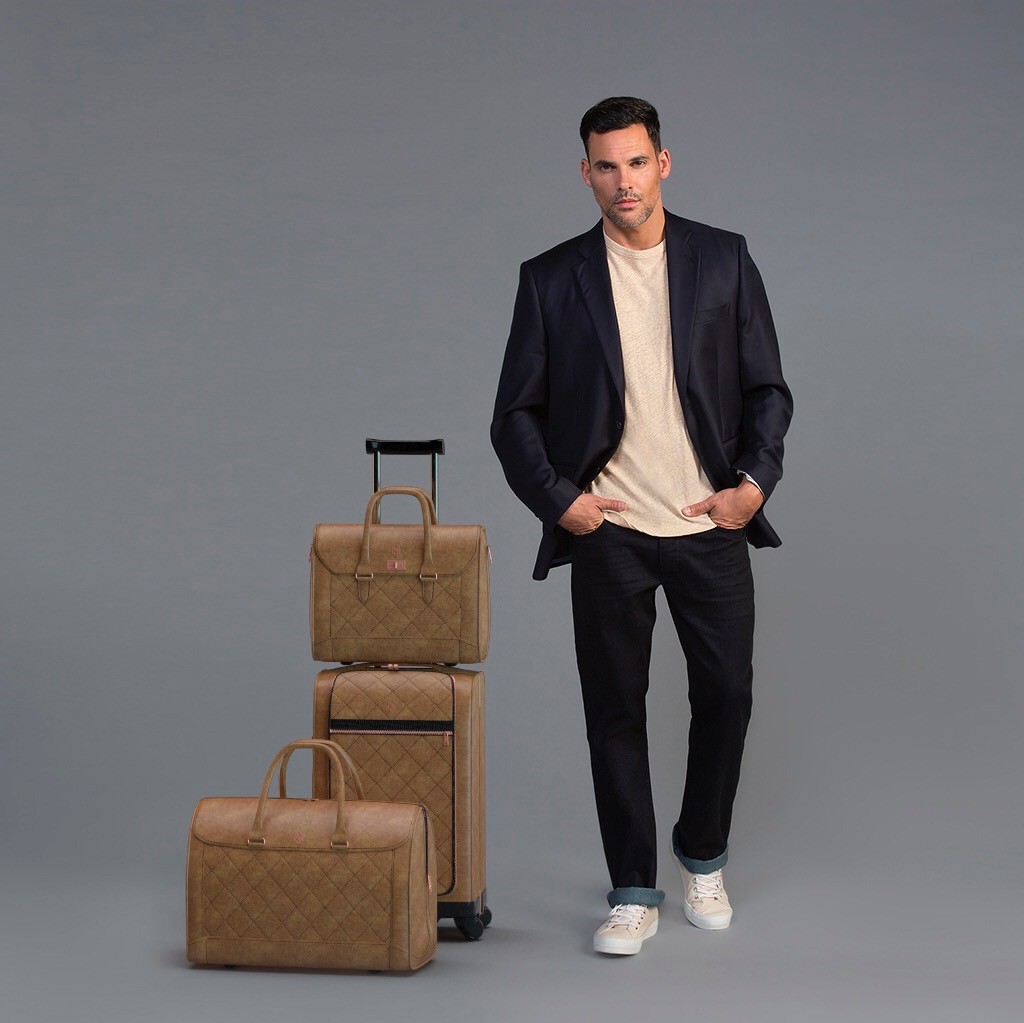 As for the future of the Soul of Nomad, plans include growth in major metropolitan areas in the United States, Europe, and Asia via boutique mobile vans similar to Mercedes Sprinters and opening brick and mortar shops.

“In term of collections, we are planning to present our new collection during spring New York Fashion Week, launch our luggage and accessories collection and offer our clients unique and versatile wardrobe choices for travel and business,” he added. 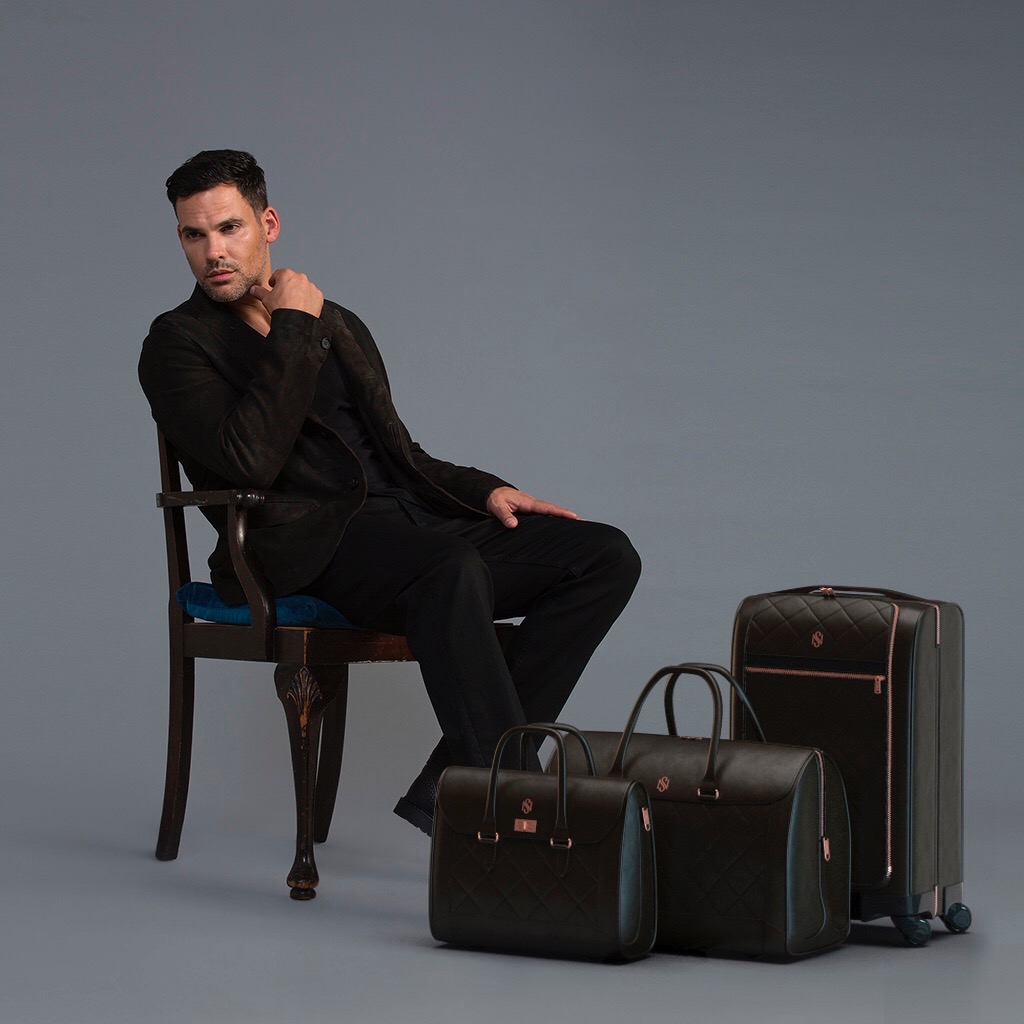 Paltachev was born in Almaty and lived in Kazakhstan until 1990 when his family moved to St. Petersburg, because his father, scientist Timur Paltachev, was getting his PhD.

“I am an ethnic Uighur, but I was born on Kazakh soil; I think it would be fair to say that I feel Kazakh by spirit. I grew up with Kazakhs, Russians, Ukrainians and many other nationalities that populate Kazakhstan. Then I went to school in St. Petersburg and in 1995 my family moved to Utah and then to South Dakota, where my father was teaching electrical engineering,” he said. 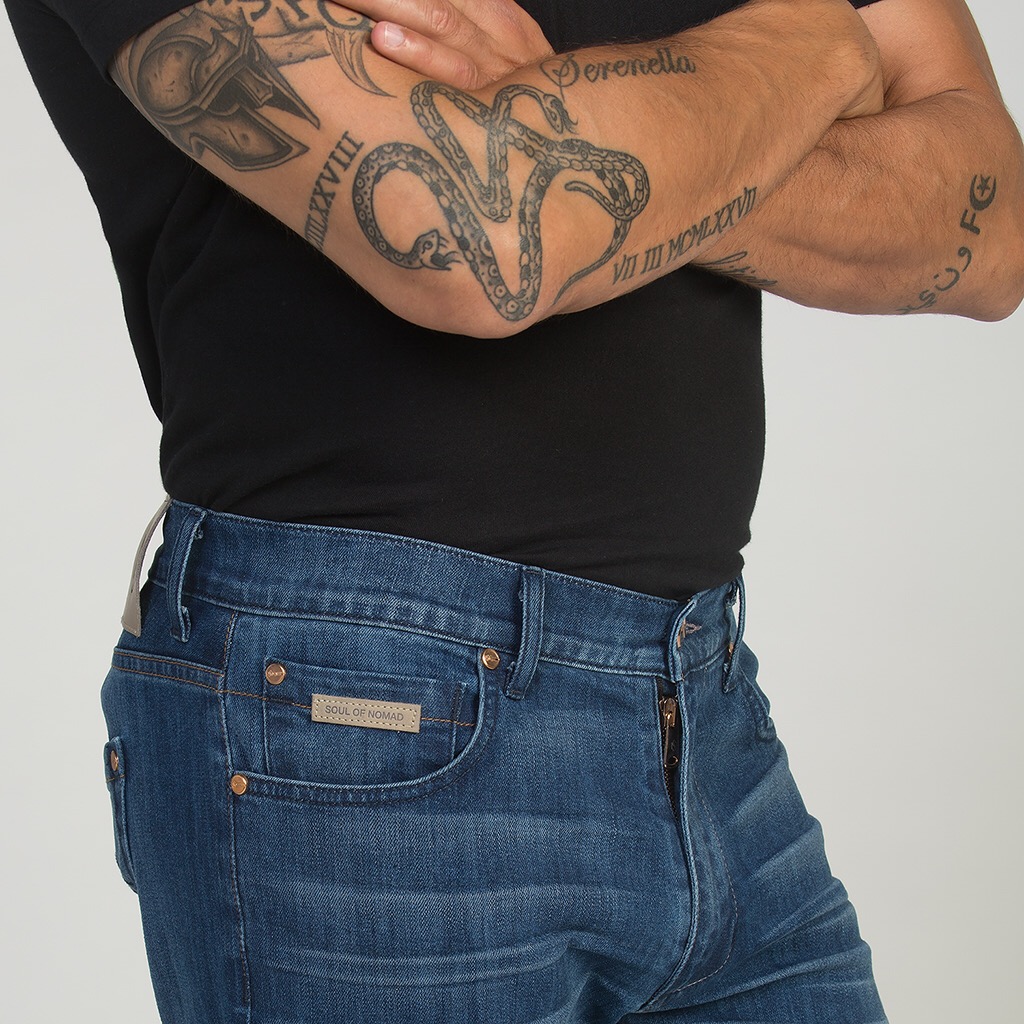 After finishing high school and enrolling in the university, Paltachev’s family moved to California in 2000 where the future businessman continued his industrial engineering major at California State University, East Bay.

“After I got my degree, I was invited to work for Financial Industrial Group in Kazakhstan. From 2005-2012, I worked in Kazakhstan on various engineering and commercial real estate projects. In 2012, I returned to the United States to continue my higher education and received my executive MBA from Pepperdine University,” he said.

Paltachev added he decided to stay in the United States after earning the advanced degree, first of all for personal reasons.

“My father is a leading fellow in Advanced Micro Devices (AMD) and the main reason was that I didn’t want to separate my parents and my kids. It was important that my kids would be close to their grandparents and it was a major decision point. At the same time, due to regular travel I felt that there was the potential to create a fashion brand that would reflect Silicon Valley spirit and satisfy the needs of the discerning man with a modern nomadic spirit and to provide modern looks and elegance without diminishing comfort and versatility,” he said. 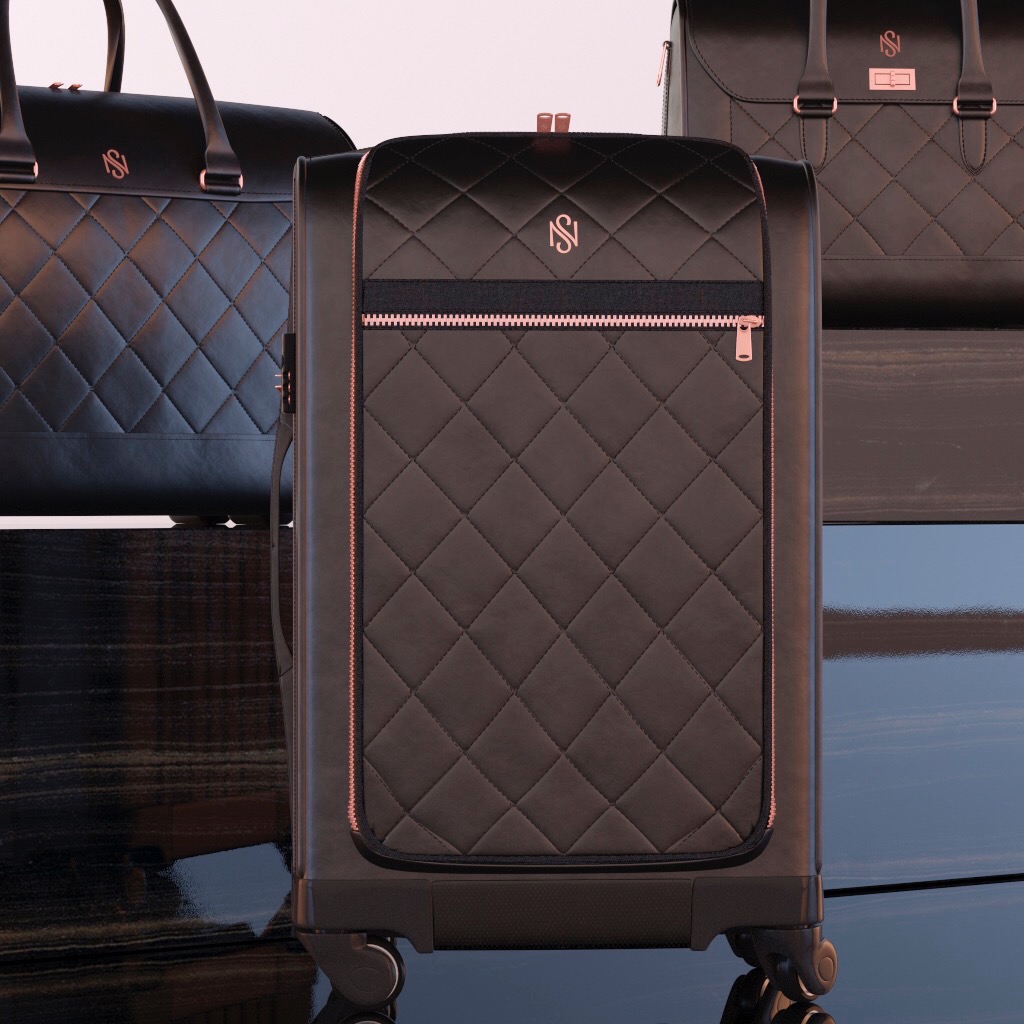