ASTANA – More than 70,000 containers were handled through the Khorgos dry port during its first year of operation and by 2020, the terminal will be able to process more than 500,000 containers. The Khorgos Eastern Gate Special Economic Zone contributes to the development of multimodal logistics and large-scale industrial production and trade, connecting East and West together. 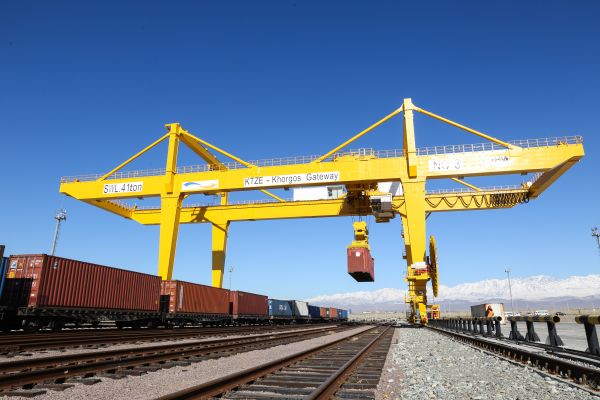 “It’s a big investment project and big money was invested here. Of course this project won’t be able to pay for itself in the first years, but we are already making a profit. Sometimes we process about 50 rail cars a day, sometimes the number reaches 170 rail cars per day, but an average number is three-six trains a day. We have processed 73,000 containers this year. By 2020, we will be able to process 540,000 containers,” said Khorgos Gateway CEO Karl Gheysen.

The dry port receives trains from various Chinese cities and keeps them in its own territory.

“The width of Chinese rails differs from that of Kazakhstan ones. When people ask me how far the Chinese train ride is, I answer them that they stop here. We have special cranes which are almost masterpieces. These large yellow cranes are used to unload Chinese trains and load Kazakh ones. Kazakh trains go in different directions, to Central Asia, Europe, Iran, Turkey and so on. When people talk about a new Silk Road and connection of the Western part of China with the Western part of Europe, I say that this is the place where the East meets the West,” he said.

Gheysen emphasised 99 percent of the dry port employees are Kazakh citizens, 80 percent of whom are locals. Thanks to the experience and management of DP World, KTZE-Khorgos Gateway is a world-class project providing services which correspond to international standards. 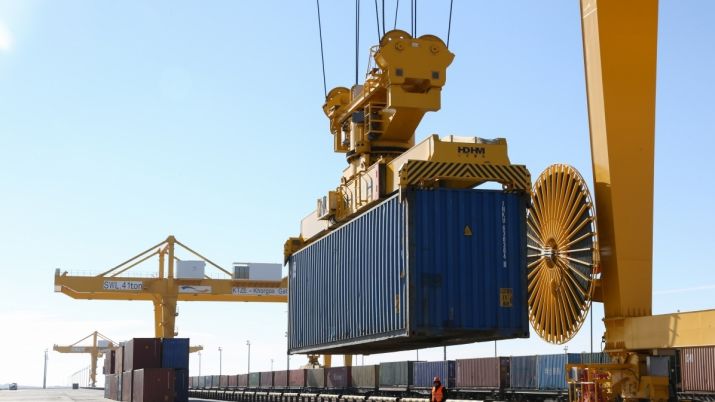 The Khorgos Gateway dry port spans ​​129.8 hectares and is integrated with logistics and industrial zones. Operating activities at the developing multimodal logistics hub include receiving and dispatching trains, transhipping cargo from Chinese (1,435 mm) rail gauge to broad Kazakhstan (1,520 mm) rails and vice versa, unloading and loading motor trucks and vehicles and forming container trains. The work at the warehouses and container site include loading, sorting, storing and shipping goods; storing dangerous cargoes and those which demand special temperature conditions; scanning, weighing, packing and unpacking goods and customs clearance, insurance and guarantees for all types of risks.