By Azamat Syzdykbayev in People on 5 November 2016 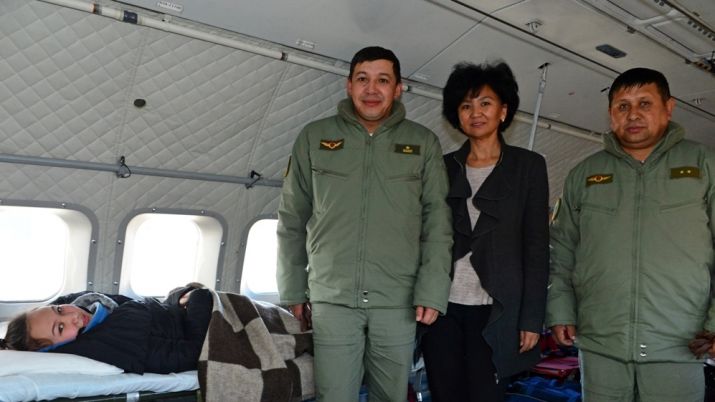 “The heads of the Ministry of Defence directed the transportation of personnel of the Navy crew of the Armed Forces of Kazakhstan and two citizens of Kazakhstan from St. Petersburg to Astana,” reported the Crew Commander of C-295 military transport aircraft Major Azamat Moldakhmetov.

The student was injured while studying in Russia, according to the press service of Ministry of Defence.

Kazakhstan military personnel were on a business trip in St. Petersburg, receiving a new Alatau mine-sweeping ship for the Kazakh Navy. They were asked by a compatriot family to deliver the student of the St. Petersburg Polytechnic University to Kazakhstan. Makhambetova fell and suffered a serious spinal injury. After a surgical operation, there was a need to carry her to Kazakhstan for further treatment. After the operation she had to be fixed in a horizontal position.

The officials at the Ministry of Defence learned about the situation and decided to support the family and help. Soldiers, who were returning from St. Petersburg to Aktau, took Makhambetova and her mother with them on the board of the military transport aircraft C-295. Makhambetova was accompanied by a military medic and was delivered to Astana for further treatment.