By Zhanna Shayakhmetova in Business on 18 November 2016

ASTANA – The European Bank for Reconstruction and Development (EBRD) has launched its first inflation-linked tenge bond in Kazakhstan. The announcement was made by EBRD Director in Kazakhstan Janet Heckman Nov. 15 during presentation of the 2016-17 “Transition for all: Equal opportunities in an equal world” and Regional Economic Prospects reports. 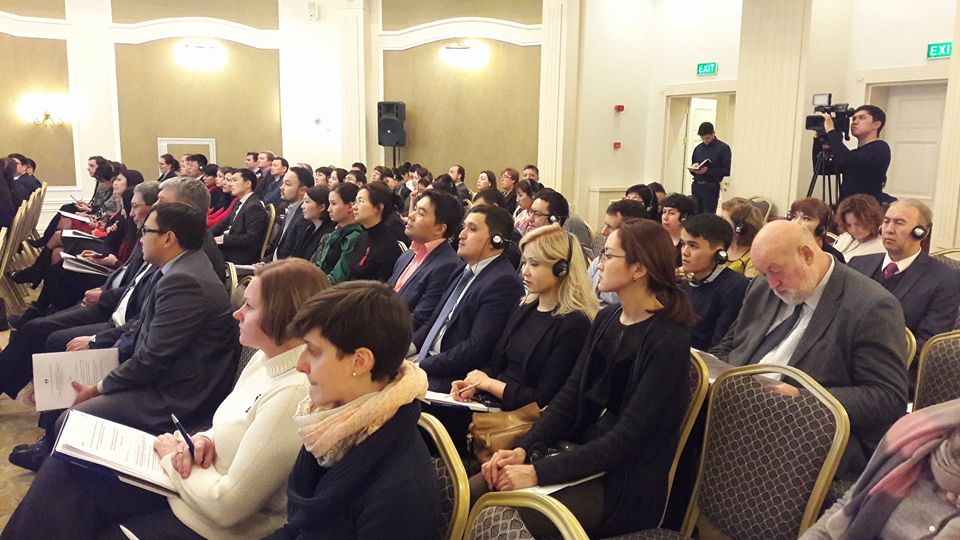 “The policy of inflation targeting of the National Bank is moving in the right direction. Yesterday, we also saw the base rate drop to 12 percent and by the end of the year inflation will be a single digit. We believe that the best policies for borrowers to borrow [is the] floating rate, because rates are decreasing. For us, our own funding now in tenge will be linked to inflation,” Heckman said exclusively to The Astana Times.

She added EBRD’s analysis tends to be a bit more optimistic compared to other institutions.

“But I think the result is the fact that we know Kazakhstan very well. We’re currently working in almost all the regions of Kazakhstan. The result of our optimism comes from reality and our experience on the ground,” she said.

“In the Almaty region, for example, in transport we discovered that there were certain regulations that were discriminatory. We worked closely with the Ministry of Internal Affairs and Almaty akimat to help to change the regulations. Now we see the first women bus drivers in the city. We find women are very entrepreneurial, especially if you look at the small-medium enterprises. We see quite a number of successful examples, one of which was recently highlighted by ‘The Financial Times’ – our client Madlen which does cakes, confectionery products and cafes all across Kazakhstan,” she said.

As part of his Regional Economic Prospects report, EBRD Lead Economist for Central Asia Agris Preimanis noted that despite several quite difficult years, Kazakhstan is weathering the crisis very well.

“It’s largely thanks to the state money that is being used to support the economy, also reforms. Of course, we still see significant outside risks. Since we last had a similar meeting in February this year, some of them are new. From my perspective, when I think about the downside risks and you have what is happening in the Central Asian region and in smaller countries in Central Asia [are] as important as many other external risks,” he said.

Preimanis added the global and regional security situation also matters in terms of the external environment. 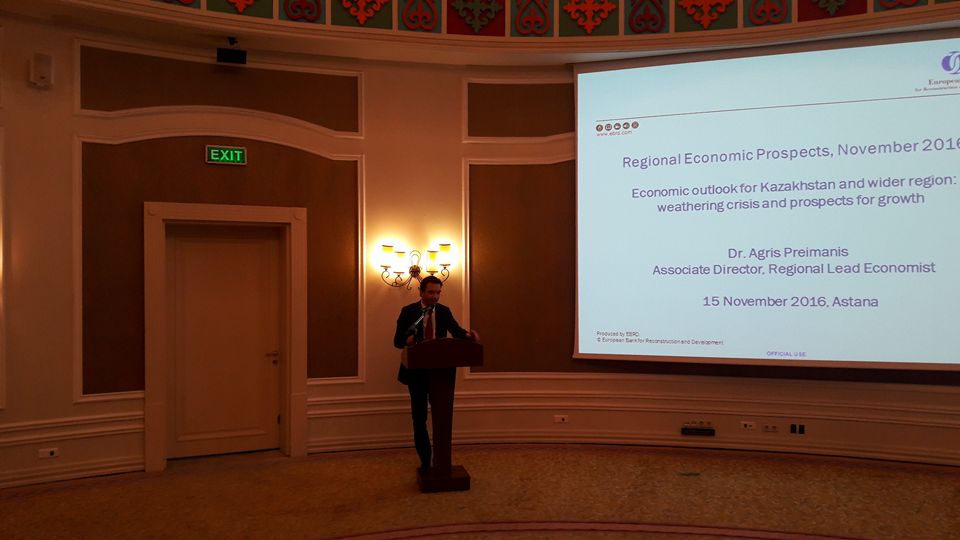 “We are projecting 0.7 percent growth this year and this is down from 1.1 percent that we projected early in May. The main reason is what is happening with the security situation and how this affects the confidence of businesses and confidence of investors looking at the country. In terms of the next year, it is 2.4 percent. Inflation is very high at the moment and we are projecting that it will be 14.8 percent this year and go down to 7.5 percent next year,” he said.

He noted tenge liquidity has improved and inflation is moderating with a gradual decrease. Deposit dollarisation started to decline and accounted for 66.9 percent in September compared to 80.4 percent in January. All these positive trends indicate the country’s monetary situation has been improving.

Preimanis added the oil price at around $50 is comfortable for Kazakhstan as it is not creating stress, but at the same time is not something the country can use as an anchor for growth. It is at a level that provides stability.

“The One Belt, One Road is becoming real. The most important question for Kazakhstan is the policy question of how to take advantage of the Belt and Road initiative. The Belt and Road will create the possibility of a much more integrated financial system across the border. The Astana International Financial Centre is a very interesting concept from this perspective. The Silk Road Economic Belt will need financial hubs and business hubs along the route. If we play it right here in Astana, there is an opportunity to have one of the hubs of the Silk Road Economic Belt,” he said.

Alexander Plekhanov, Deputy Research Director at the EBRD Chief Economist Office, presented the transition report on inequality issues in the EBRD region. The analysis resulted in many concerning findings, but there are also a number of reasons for optimism.

“It’s not surprising that for a long time people in the region were much less satisfied with their lives than people elsewhere. The happiness gap in the last five years or so has disappeared. Income grew, but also life satisfaction grew,” he said.

Most of the increasing inequality happened in the early years of transition; since then, official statistics vary from country to country. Transition brought traumatic experience, but redistribution with the emphasis on improving the equality of opportunity through education, financial inclusion and better connectivity is of great importance.

On average, the levels of opportunity inequality in the EBRD region are moderate. They are much lower than in other emerging economies and the United States, but are still higher than in Western Europe, according to the report.