SAN FRANCISCO – TechWomen brings emerging women leaders together to help them excel in technology and build solutions to challenges facing their communities.

Participants from Kazakhstan at a coaching session with mentor Dana Kismetova (on the left).
Photo credit: TechWomen

Entrepreneurship was once considered a man’s domain, and technology entrepreneurship is one of the few fields that remains largely male-dominated. TechWomen, a professional mentorship and exchange programme, was launched in 2010 to bridge this gender gap in emerging economies, part of the efforts to strengthen relations between the United States, Africa and the Middle East.

“TechWomen seeks to empower, connect and support the emerging women leaders in science, technology, engineering and mathematics (called “STEM”) by providing them the access and opportunity to advance their careers, pursue their dreams and inspire women and girls in their communities. We believe mentorship, particularly in STEM, is a vehicle to address social and economic issues and, ultimately, to achieve gender equality,” Joanne Liou, the programme’s communications and impact specialist, told The Astana Times. 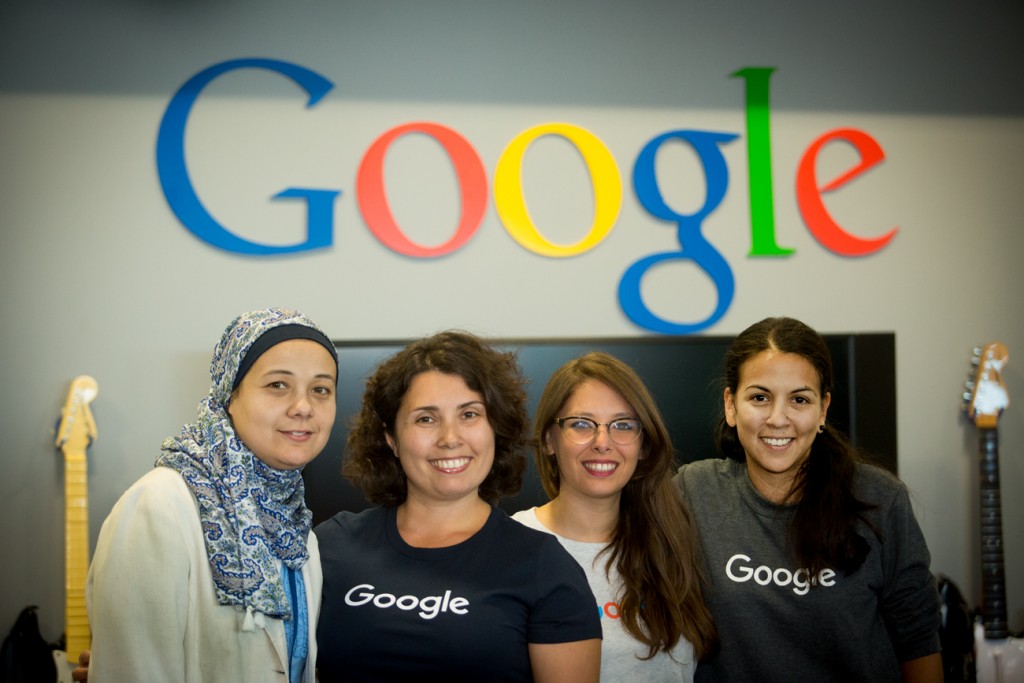 Yelena Filipchik at Google HQ with other TechWomen participants.

In 2015, the programme was expanded to Central Asia. This year, 90 emerging leaders from more than 20 countries, including three women from Kazakhstan, received professional mentorship and training in the world’s high technology Mecca: Silicon Valley. Elnura Kassymova, Yelena Filipchik and Gulshnar Salpykova spent five weeks in northern California, meeting with women leaders, attending master classes and visiting the headquarters of technology moguls such as Google, Yahoo, Facebook, LinkedIn, Autodesk, Oracle, Twitter and others.

The highlight of the entire programme was the development of Action Plans by country teams under the supervision of a mentor. The participants identified issues particular to their communities, varying from working women, e-learning and literacy to pollution, transportation and many others, and developed plans of action to address those issues, capitalising on their collective strengths and resources. At the final Pitch Event, participants got to present their ideas and business models and receive in-depth feedback from industry professionals, venture capitalists and founders of successful tech businesses. The event brought their ideas to light and highlighted the potential these women have to make an impact in their communities. 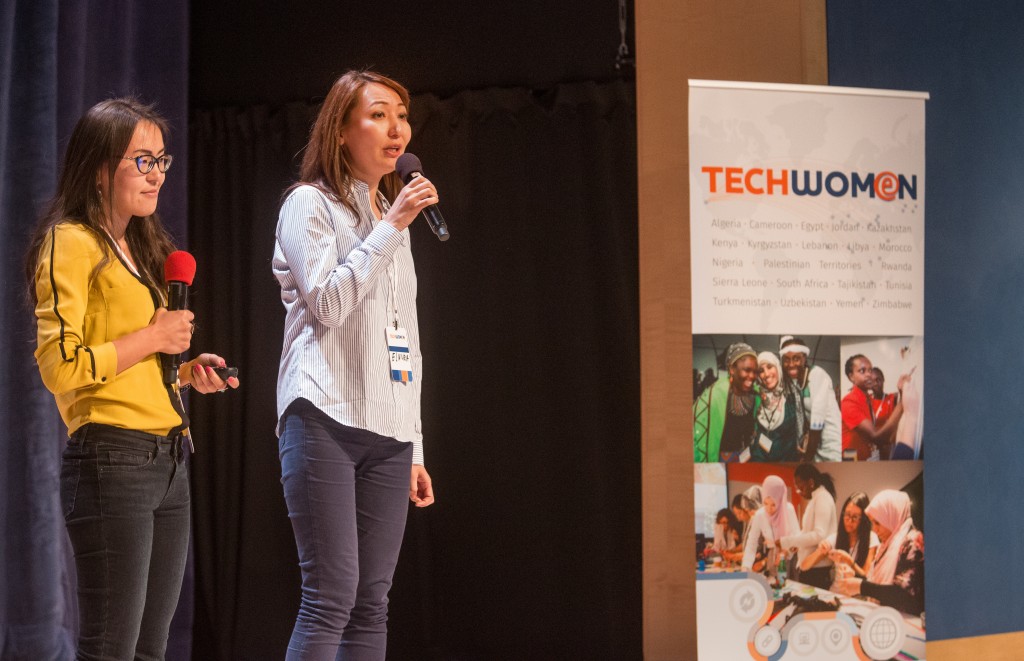 “This year’s candidates had strong business acumen. They came up with the idea to develop a platform to take free online courses from Udacity, Coursera, EdX and the like and make them accessible in Russian. They knew there was a need for continuing education in Kazakhstan. They had the technical skills of integrating the content and building a business model around it. They had the right understanding of the challenges of the project, the local market and the specific needs. If I were an investor, I’d take a serious look at this project. Whether they pivot as a team or any one of three takes the idea to the next level, I believe there is a good chance the project will evolve into a real business,” Dana Kismetova, financial advisor at Morgan Stanley Palo Alto and a Kazakhstan-born TechWomen mentor who provided business coaching and support to participants from Kazakhstan, commented on the Kazakh women’s project.

One of the participants, Kassymova, head of VIProMotion Communication Group, is committed to continuing the e-learning project developed with TechWomen. Her start-up is gaining momentum as she readies for the project’s launch.

Another participant, Filipchik, sales intelligence manager at Pepsico Kazakhstan, says her biggest take-away from the programme was learning to act upon a goal.

“I was lucky to have spent three weeks at the Google offices, where I focused my training on Google Analytics. Google is a lifestyle. You are immersed into a highly engaging environment every day. Everyone at Google wants to exceed expectations daily,” she said.

Filipchik also mentioned her longstanding dream of supporting women in technology. She now teaches coding to younger kids during her free hours.

After completing the training programme, Salpykova, an IT specialist at TransTelecom JSC, is urging her fellow female professionals not to give up on a tech career despite social expectations.

“I would like to appeal to housewives and young mothers and tell them that being a tech entrepreneur is not that scary. On the contrary, combining motherhood with designing websites and making money online can be fun. Don’t be afraid to start. Use all the resources available on the internet and build your own career in STEM,” Saplykova noted.

Liou gave a piece of advice to aspiring Kazakh women in technology, “Work hard, ask questions and don’t be afraid of failure and challenges. You are not alone, and there are women and men out there who want to support you and see you succeed. Don’t be afraid to reach out. Connect with other women professionals, and join or create a community of females in STEM. We are stronger together.”