ASTANA – For Kazakhstan to be successful as it reaches its 50th birthday in 2041, the country will have to protect its secularity, stamp out corruption, improve economic productivity, continue building strong regional connections and overhaul its agricultural and land tenure systems, the authors of a new study say. 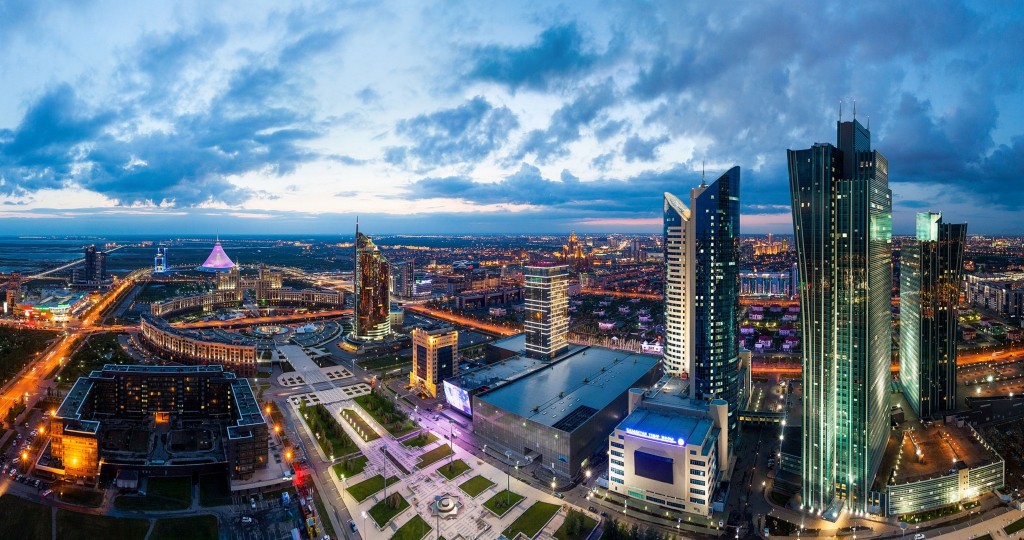 Prominent scholars Frederick Starr, Johan Engvall and Svante Cornell published “Kazakhstan 2041: the Next Twenty-Five Years” under the Central Asia-Caucasus Institute’s (CACI) Silk Road Studies Programme. The report is the product of cooperation between the Washington, DC-based CACI and the Stockholm-based Institute for Security and Development Policy.

Kazakhstan’s model of orderly and centralised reforms combined with the pursuit of a pragmatic, multi-vector foreign policy have helped it develop economically despite regional and global turbulence, and have earned it a reputation as a stable presence in the often volatile Central Asian region, the authors state.

Now, Kazakhstan is entering a new era. The oil boom has ended and the favourable conditions for multiple economic and security partnerships that helped the young state grow and achieve some prominence can no longer be taken for granted.

In 2041, Kazakhstan will have reached 50 years as a sovereign state. The new report takes the first 25 years of independence as a point of departure and analyses the major factors likely to influence the position of the country and the region in 2041.

The authors of the report predict Kazakhstan’s population will grow by 20 percent in the coming 25 years, but the ratio of dependents to working population is likely to double. As a result, it will be necessary to improve the productivity of the economy, which will require the application of new technologies, the development of new fields, improved administration and further improvements to the business climate.

Sustained economic growth will further accelerate urbanisation, and by 2041, 70 percent of the population could be living in urban areas. Meanwhile, Kazakhstan will continue to be a target for migrants from neighbouring countries.

“For a religiously diverse society like Kazakhstan, aspiring to be among the top 30 developed countries, there is no alternative to protecting the principle of a secular state, secular system of laws, secular courts, and secular education. The challenge is to combine the secularism of the state with tolerance and respect for all religions, while ensuring continued popular support for secular governance,” the report said.

Starr, who is an American, and Engvall and Cornell, who come from Sweden, believe Kazakhstan’s information sphere, unlike its foreign relations, remains relatively isolated, with Russia the predominant external source of information for the average citizen. Here, too, they recommended diversification in line with the principles of Kazakhstan’s multi-vector foreign policy.

Long-term economic development will require a transformation of Kazakhstan’s economic structure and management. While Kazakhstan follows a model of state-led capitalism in strategic sectors complemented by market-driven practices in non-strategic sectors, a coming key challenge will be for the state to avoid stifling private sector growth, especially in sectors that are crucial to economic diversification, according to the report.

“Kazakhstan has the potential to become a bread basket of Eurasia. Yet in spite of recent improvements, the agricultural sector needs a radical overhaul. At first, the incomplete reforms in land tenure must be brought to fruition. Then, in order to formulate the further reforms that are needed, the government should designate a single agricultural research and training centre as the nation’s lead institution and charge it with facilitating the transformation of Kazakhstan’s agriculture,” the report said.

If the two most powerful states in the region can draw closer together, foreign powers will be less likely to leave them out of decision making processes or be able to exploit their differences for their own interests. Western powers should actively support such understanding between Central Asian states, as that would do more than anything to foster sovereignty, cooperation and security on a regional basis, according to the report.

Starr, Engvall and Cornell emphasise that Kazakhstan’s leaders have embraced the need for institutional reform. Along with improving the quality of governance, ending corruption must stand at the top of the agenda, they said.

In order to reach its goals by 2041, Kazakhstan must transform what it means to be a civil servant and the way services and goods are exchanged between public officials and citizens. This means continuing and strengthening the process of applying e-government technologies to cut back the number of useless face-to-face interactions between officials and citizens, encounters that invite the giving and receiving of bribes.

Europe is unlikely to become a leading security actor in Central Asia between now and 2041, the authors said, but because of its economic role, Europe will continue to be important to Kazakhstan’s balanced foreign policy.