By Zhanna Shayakhmetova in Nation on 21 October 2016

ASTANA – TEDxAstana Women, an independently-organised event devoted to ideas in technology, entertainment and design, will be held Oct. 29 in the capital. This year’s conference, “It’s about time,” will include a livestream from the global TEDWomen event. 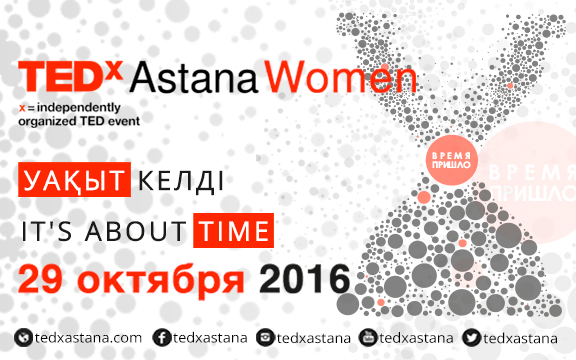 The Astana Times interviewed past Kazakh TEDx speakers to learn about their ideas, the basis of those ideas and the conference as a whole.

Photographer Karla Nur wrote 143 articles that brought her fame as the first Kazakh social reporter. As part of her work, Nur met with the disabled and had the idea of teaching photography skills to children with special needs and giving them the opportunity to display their talents and abilities.

In her speech, she said society erected the Berlin Wall between “the people like us” and “the people whom society considers disabled.” Yet there is no wall – it only exists in our minds and is easy to destroy. 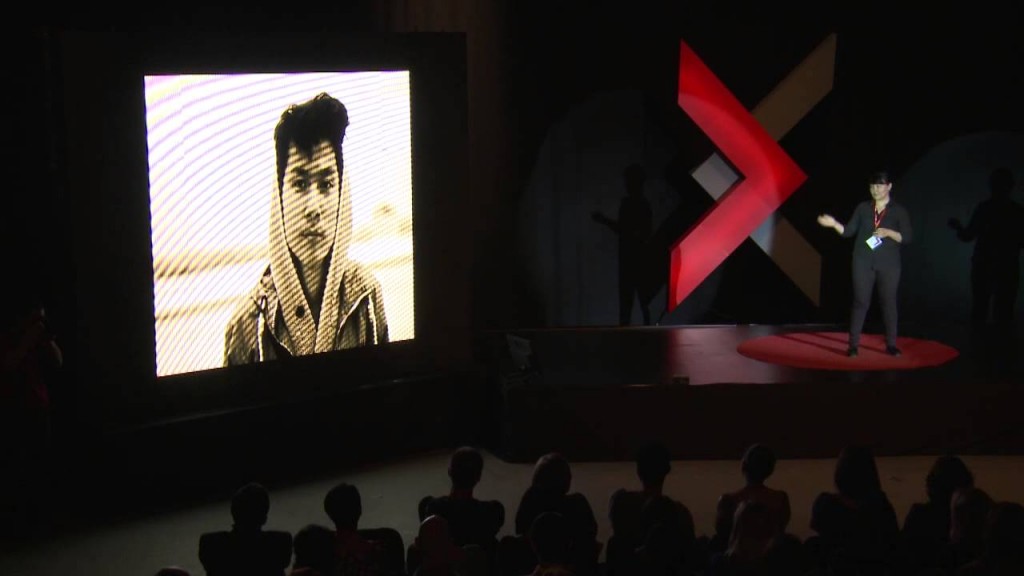 “In 2013, TEDxAlmaty team member Bota Zhumanova invited me to take part in the event when I worked as a Vox Populi journalist. I proposed my project as an experiment. The Dara Fund fully supported my initiative and helped to find three students for the project and our sponsor, Samsung Company, provided us with cameras,” she said.

There are many stories about people with physical challenges, but Nur wanted to do something extraordinary to attract the public’s attention.

“Aizhan was given a task to take photos from her everyday life, about her family and their routine. Zhanibek made a photo series about a ballerina’s day. Arbi did a report ‘Unbroken Christina’ that was published recently on the Vox Populi site.  We also held two exhibitions at a TEDx event and Has Sanat Gallery,” she said.

Nur is grateful to the TEDxAlmaty team, as they were able to turn her idea into a reality. It was just the first step, because the project needs financing.

“The barrier between disabled citizens and society is very strong in our country. We do not notice such people and live our own lives. We just need to give them the opportunity to express themselves and fulfil their potential so they can work, pay taxes and become part of the community,” she said.

Nur added the purpose of TEDx is to change the world and tell people that it can be different.

“My collaboration with TEDxAlmaty was productive. I had an opportunity to share my vision. The conference participants were open and multifaceted. For example, I liked the performance of a woman who talked about insulin. One speaker talked about the importance of computer games. She said that the games helped her to get out of a difficult situation,” she said.

Coach and world-class athlete Marat Zhylanbayev is the first and only marathoner to run all the largest deserts of Asia, Africa, Australia and the U.S. He set eight world records from 1990-1995, seven of which are listed in the Guinness Book of Records and most of which are still unsurpassed. In 1990-1991, he ran 226 marathons (42.195 kilometres each).

“People knew a little about me in the country and the participation in TEDx in 2014 was a good chance to tell about myself and what I have achieved. I rarely speak in public and to me it was an interesting experience and most importantly, the audience was interested in new ideas. My speech coach Olga Kaplina greatly helped me,” he said.

Zhylanbayev developed his own method of training to advance from a marathoner to world-class champion in a one-year period. 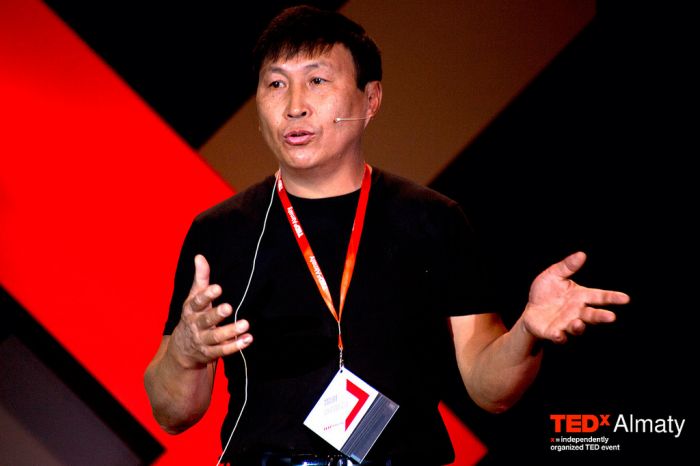 “As nobody believed in this, I decided to test this programme and I have achieved what I wanted at 27. Running is the most democratic and cheapest sport. There is no need for any equipment; all you have to do is to run,” he said.

Zhylanbayev wants to open run lanes in the city and is in search of support for the initiative.

“I became famous and began to give a lot of interviews after TEDx. It is necessary to do the sport and people who came to the event found a lot of useful tips and advice. And I also learned a lot from others as all speakers were intelligent and creative,” he said.

Turgai Discovery project head Dmitry Dey is a researcher who discovered the geoglyphs in 2007. He spoke about salvation, preservation and the study of the huge rock formations Oct. 9 at TEDxAlmaty.

“I delivered a talk on how the geoglyphs were discovered and about how the tourism potential of these geoglyphs was revealed by University of Pittsburgh Professor Ronald LaPorte,” he said. 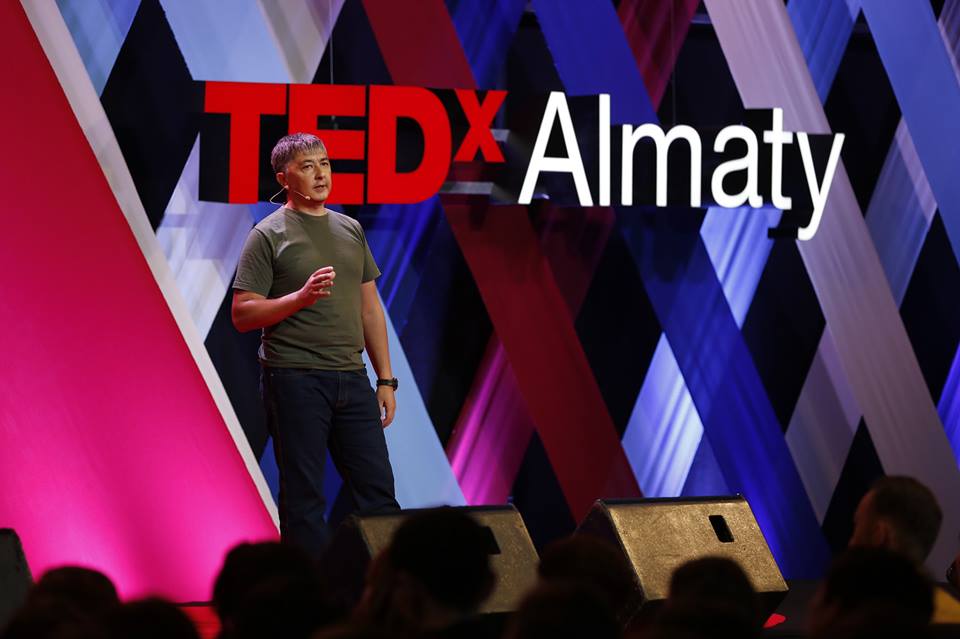 The geoglyphs became widely known due to a New York Times story and more than $240 million could potentially be generated by tourists.

“And yet in spite of this fact one object has been destroyed, as there is no attention from the government or businesses. Due to this I talked about geoglyphs to bring the public’s attention to this issue, because all ideas brought to TEDx are relevant today,” he said.

Dey added he knew about TED events held in other countries, because many scholars spoke on the topic of his research. He knew little about TEDx in Kazakhstan, however, and it was his dream to participate as a speaker.

“I knew that I would find support and understanding. Many attendees came to me during the break and said that they had heard and read about the geoglyphs. There was a friendly atmosphere at the event. All people were positively orientated. Different topics related to science and personal moments were received emphatically,” he said.

Dey feels his life has changed, because to deliver a speech at TEDx is an honourable mission recognised by the audience.

“I think my talk is a specific step in terms of perception and prestige of the studies. Two days including rehearsals and the preparation for the event were a great experience and pleasurable moments at the same time. Sympathetic people, ambitious participants and good event management helped me to dive into this atmosphere and I really enjoyed it,” he said.