In an exclusive interview with this newspaper, Deputy Minister of German Federal Ministry for Economic Affairs and Energy, Co-Chairman of the Kazakh-German intergovernmental working group on trade and economic cooperation Eckhard Franz spoke about the challenges and opportunities for expanding bilateral cooperation and the roles the governments of the two countries are playing to achieve that goal. 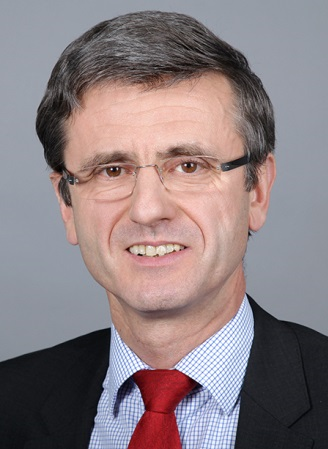 What are current foreign trade figures between Germany and Kazakhstan? What are the forecasts for further development?

However, Kazakhstan is still the most important partner of the German business community in Central Asia – Kazakhstan accounts for 82 percent of German foreign trade turnover with the region and 60 percent of German exports to the region. In 2015, Kazakhstan, having delivered 6.4 million tonnes, became the fifth most important supplier of oil to Germany and made a significant contribution to the diversification of our energy supply system (the share in the total volume of oil imports is 7 percent).

In general, there are positive prospects for expanding our bilateral economic relations, if we manage to eliminate the barriers mentioned.

Which products or what items from Kazakhstan are in greatest demand in Germany?

The main products exported by Kazakhstan to Germany in 2015 were, respectively in percent of total imports: oil at 88.2 percent; iron and steel at 3.2 percent; chemical products at 3.1 percent; non-ferrous metals at 2.2 percent and raw materials at 1.7 percent.

The purpose of diversification of the Kazakh economy and the development of the processing industry, which the Kazakh government is striving to achieve, in my opinion, should be to reduce the high dependence on energy and raw materials sales in the export structure. I believe that Kazakhstan will follow the right path, if it manages to successfully implement the programme adopted in the sphere of economy. There is every reason for that.

How do you evaluate the investment cooperation between Kazakhstan and Germany?

Kazakhstan pushes for the expansion of bilateral economic relations and hopes at the same time for support in the form of investments from Germany. German companies make decisions on investments abroad subject to the investment environment of the country; therefore, Kazakhstan should continue to work intensively on improving the investment climate. In this regard, I wish to refer to the results of the survey conducted by the Delegation of German Economy in Central Asia: (http://zentralasien.ahk.de/publikationen/publikationen-kasachstan/einzelansicht-publikationen-kasachstan/artikel/geschaeftsklimaumfrage-kasachstan-2016-ergebnisse/?cHash=fc9426402ccb48fede1bd4a52f4d9fac).

I believe that Kazakhstan should especially strengthen the cooperation with the German business associations (the Eastern Committee of German Economy, the Association for Cooperation with the countries of Eastern and Central Europe), the German-Kazakh Business Council and the Delegation of German Economy in Central Asia. However, at the same time it is necessary to focus not only on the major German companies, but also to seek opportunities for cooperation with small and medium-sized businesses in Germany. Small and medium-sized enterprises, many of which are “hidden champions” in the field of advanced technologies, form the backbone of the German economy.

When looking at the total figures of foreign direct investments into the economy of Kazakhstan, it is impossible not to notice only a small share of the German economy. This is mainly justified by the fact that the oil and gas sector has almost no major “actors” from Germany and that this area does not carry out deliveries of intermediate products. However, if you look at the non-oil-and-gas sector of the economy, you can see quite a different picture. I am very happy with the fact that this industry is also represented by many German small and medium-sized enterprises in this field of investment.

What problems and adverse factors are hindering the development of partnership economic relations between the companies of both countries?

I think the main reasons for reducing the volume of foreign trade between the two countries are external factors such as the fall in oil prices, complication of exports to the most important markets for Kazakhstan, Russia and China, related reduction of the Kazakh budget and tenge devaluation.

I am confident that this development has been complicated by the fact that the guarantees on export credits (Hermes-covered) of the German federal government can still only be available in a limited manner.

What should be the role of governments of both countries in the support of exporters?

The task of both governments in the first place is to create framework conditions as a prerequisite for closer cooperation between companies from both countries. One of important examples of this is the Intergovernmental Agreement on partnership in raw, industrial and technological spheres, signed Feb. 8, 2012.

However, in the practical implementation of the Raw Materials Agreement so far there is little number of commodity projects, because due to the global economic problems the growth of demand on raw materials is not as dynamic as it was expected a few years ago. As a result, the companies now in most cases can cover their demand on raw materials on the market at reasonable prices. But cooperation in this direction continues to take place.

The Federal Ministry of Economy and Energy of Germany supports German companies by providing them with instruments to facilitate their foreign trade activities. These include financing instruments, such as export and investment guarantees, promotion of  common stands at international exhibitions, promotion of business trips of German business delegations in the framework of the programme for the development of markets for small and medium enterprises, export initiatives of energy efficiency and renewable energy sources, as well as partial financing of the Almaty Delegation of German Economy in Central Asia as a system component of German Chambers of Commerce.

The programme to improve the skills of managerial staff of the Federal Ministry of Economy and Energy in Germany has already for 10 years been our contribution to the development of Kazakhstan’s economy and the expansion of bilateral economic relations. This is what is called a win-win case. Already more than 500 Kazakh managers have participated in further training in Germany.

What are the objectives of the German-Kazakh Intergovernmental Working Group on Trade and Economic Cooperation for the further expansion of bilateral economic relations?

On June 23, in the city of Schwerin, the 10th session of the Kazakh-German intergovernmental working group on trade and economic cooperation discussed the possibilities of expanding bilateral economic cooperation. Thus, the tradition of holding such meetings was continued not only in the capital but also in the regions.

Against the background of the fact that Kazakhstan is an important partner of the German business community in Central Asia,the meeting attended by numerous representatives of the ministries and business circles of both parties, was held in a very constructive and productive manner.

In addition to the framework conditions for the activities of German companies, the agenda considered the issues of bilateral cooperation in innovation, energy, agriculture, health and the environment.

Moreover, the topic of further cooperation in connection with the continuation of the policy of the federal government of Germany for the provision of guarantees for export credits (HERMES) in respect of Kazakhstan was discussed to restore the regime of unlimited guarantees for Hermes.

It is necessary to stress the following: