By Kamila Zhumabayeva in Nation on 4 October 2016

ASTANA – iPhone users can now express their emotions with Kazakh national characters, as a free set of national emoji stickers is available for download from the AppStore. The app requires the iOS 10.0 operating system and is currently available only for iMessage. 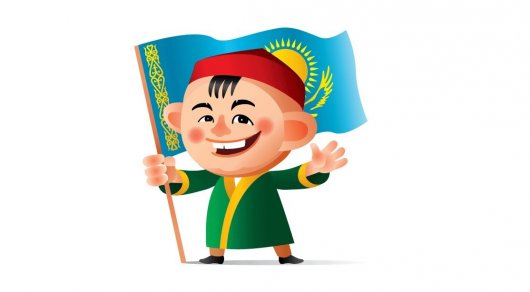 “The character for the stickers originated from cultural traditions of Kazakhstan. The boy’s name is Aibala. He is cheerful, sarcastic and full of energy and optimism. All human traits and emotions are peculiar to him; that makes him perfect for expressing emotions in a completely unique way,” noted Nimoji Software Limited, according to Tengrinews.

The creators added Nimoji sets of 21 graphic character stickers that reflect the national affiliation of the user and cultural and traditional features of his or her nation. The app can be found by typing “Kazakskie Emoji” in Cyrillic.

Smartphone users reacted positively to the idea of a Kazakh national emoji.

“I think it’s cool that we can promote our culture and have fun by expressing our feelings through national characters all at one time. Aibala has a really cute and heartwarming smile face,” self-employed entrepreneur Saule Ashirbayeva shared with The Astana Times.

A number of users expressed their positive feelings in the comment section on Tengrinews.kz. Many noted the idea is creative and lovely and the emoji has charismatic and hilarious looks. 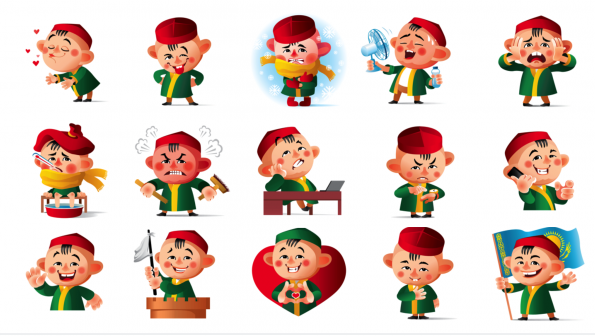 “A very proper PR move; keeping up with all technology is essential in a modern world,” wrote a user named Karakoz.

Not all the comments, however, were positive. Some people disliked Aibala’s facial expression, claiming a more handsome version could have been designed.

“To me, this guy looks like someone a little not bright. It is as if there is some balance or proportion missing in his appearance,” student Abai Kali told the newspaper.

A commenter named Oskar thought Aibala was designed without using any national ornamental design and as a result looked similar to the Kyrgyz, Tajik and Uzbek emojis. Making him different would draw more users, he thought.

Multinational team from six countries worked to create Nimoji and the idea to make national emojis originated in Kazakhstan, according to the news agency. The creators noted the mission of the project is to give people from different countries an opportunity to express their emotions in a unique way when communicating in messenger and other text messaging platforms.

“We respect and welcome the natural right of representatives from every country, nation and cultural tradition to be presented to a modern globalised world in all of its exclusivity. Our project brings a part of a culture and national colour of talkers into a familiar non-verbal communication,” wrote the creators, reported Kazinform.

The app will soon be complemented with extended paid packages of more than 50 stickers, added the report. In the near future, developers plan to make an app that will offer an opportunity to use the stickers in all basic messaging apps on iOS and Android platforms.

A conversant does not necessarily need to install the app to see stickers sent in chats, according to Nimoji. The company also promised a female character named Aksaule will be the next emoji sticker.