By Malika Orazgaliyeva in International on 24 October 2016 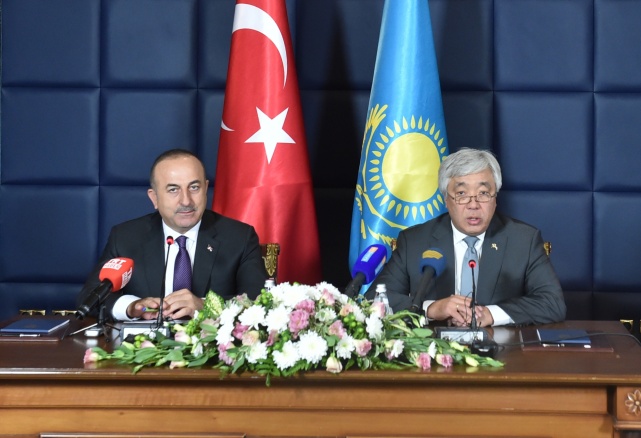 Idrissov and Cavusoglu agreed to enhance bilateral trade and economic ties and facilitate the work of the Kazakh-Turkish Intergovernmental Economic Commission. 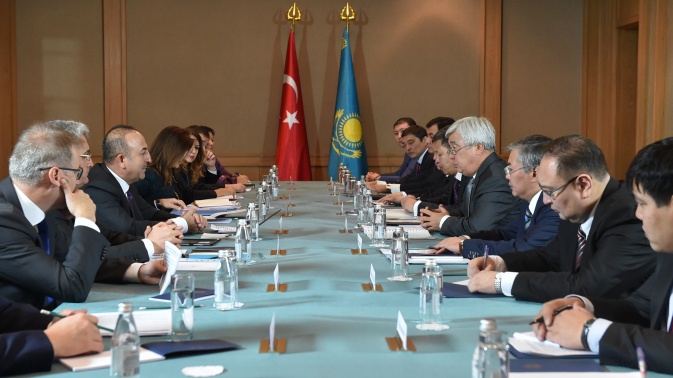 “Under the conditions of persisting difficulties in the global economy, our common objective is to find new ways for increasing the volume of bilateral trade and mutual investments,” Idrissov pointed out.

The parties acknowledged the importance of advancing investment collaboration and Idrissov noted the need to hasten the creation of joint Kazakh-Turkish investment and infrastructure foundations to finance large projects within the “New Synergy” bilateral programme in the sphere of agribusiness, infrastructure, construction, pharmacy, metallurgy and other priority fields.

Idrissov outlined that Kazakhstan is able to act as a regional hub for Turkish productions and companies with further access to the Eurasian Economic Union (EAEU) markets of Central Asia, Russia as well as China. 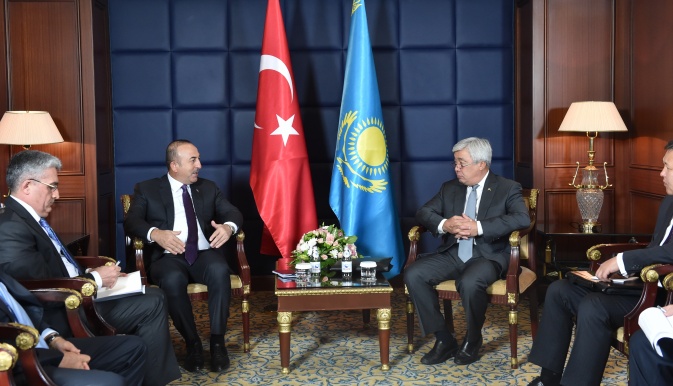 “Free movement of goods, capital, services and working force is guaranteed within the EAEU, therefore, Turkish businesses should consider Kazakhstan as a common market with a population more than 180 million,” Idrissov added.

Cavusoglu said Turkish businesses are ready to regularly communicate with Kazakh partners. He congratulated Kazakhstan on the 25th anniversary of independence and highlighted the country’s achievements under President Nazarbayev. The two diplomats also discussed cooperation in tourism, transport and logistics, freight traffic, military-technical and defence industry, fighting extremism and terrorism, as well as Turkey’s participation in EXPO 2017 in Astana.

Idrissov and Cavusoglu also discussed international and regional issues, including Afghanistan, Syria and Ukraine. They also discussed strengthening cooperation within multilateral formats, such as the UN, especially, in the context of Kazakhstan’s membership in the UN Security Council for 2017-2018, the Conference on Interaction and Confidence Building Measures, Organisation of Islamic Cooperation, Turkic Council and others.