ASTANA – Kazakhstan President Nursultan Nazarbayev visited agricultural and industrial complexes, launched the Bozshakol mining and processing plant and met with local farmers during a Sept. 29 visit to the Pavlodar region. 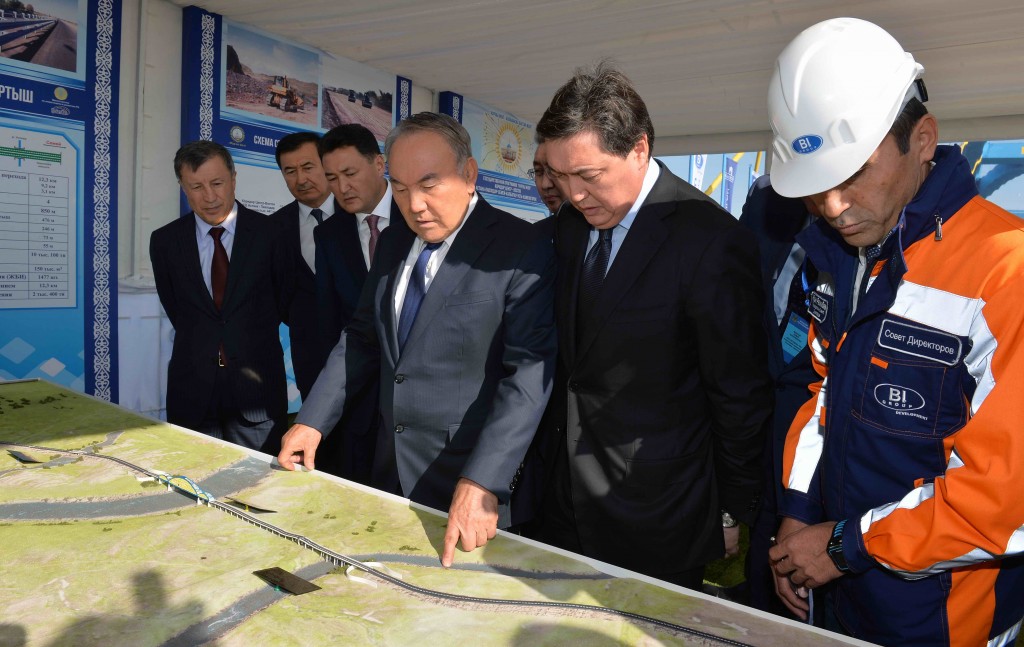 Also, Nazarbayev launched the Bozshakol mining and processing plant in the Pavlodar region. The capacity of the enterprise is 30 million tonnes of mined ore and production of 100,000 tonnes of copper concentrate. The plant will employ approximately 1,500 people. The plant’s performance is believed to be 15 times higher than in similar plants through the use of advanced equipment and a powerful mining fleet.

“A giant company was put into operation introduced for the joy of all people of Kazakhstan. This huge production centre appeared in the steppe, a new village was established. People will live, will work here. Processing is the most important thing. The company will be able to process 30 million tonnes of ore. It is a great joy and happiness for all of us. And I am glad for the fact that I witnessed the launch of the plant, in which I was directly involved. I wish you happiness and success,” the Kazakh President said, according to pavon.kz.

“Construction works have been almost completed and now we are focused on increasing production levels and reaching 100,000 tonnes of copper [production annually]. Thus, the company becomes closer to its strategic goal – to become a long-term manufacturer, which will produce 80 percent of the ore in large-scale low-cost open pits,” said Chairman of KAZ Minerals Group Oleg Novachuk.

The President visited the construction site of the largest arch bridge in Central Asia, which will be part of Centre-East highway. The bridge will provide transit flows bypassing Pavlodar city. It is planned to put the bridge into operation Dec. 16.

“This is a mega project. Such facilities are being built once in a while. This is a huge volume of metal and concrete. More than 100,000 representatives of small and medium-sized businesses were involved during the project implementation. More than 150,000 people worked here at the peak of construction. President Nazarbayev approved the proposal of region’s residents to name the bridge in honour of the 25th anniversary of Kazakhstan’s independence. Our President stressed that it was the country’s largest infrastructure project implemented during the global economic crisis,” said Director General of Kazakhdorstroi Serik Tolebayev.

President Nazarbayev was also interested to learn more about a major agricultural project, so called Eco town, which is being implemented in the Zhelezinsk district. It combines livestock breeding, crop production and horticulture.