By Kamila Zhumabayeva in Sports on 12 October 2016 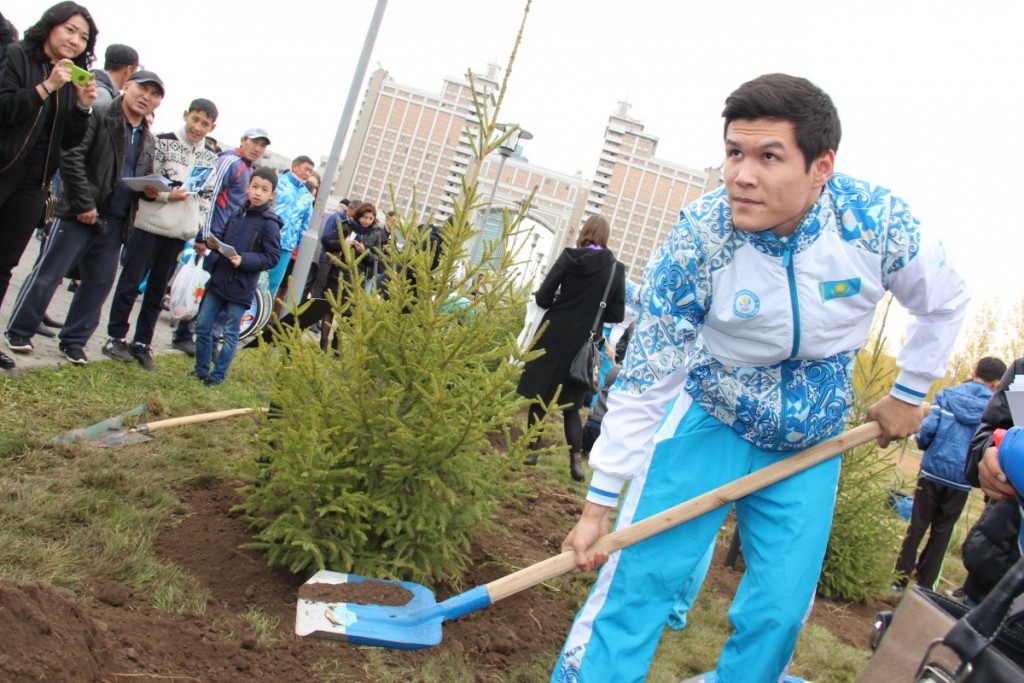 “Planting this Alley of Champions was the idea of president of the National Olympic Committee (NOC) Timur Kulibayev… I see a lot of youngsters came around and champions gave autographs. The alley will be growing together with the number of our Olympic athletes,” said head of NOC department on working with sports organisations Arman Tashmetov, reported Vesti.kz.

Olympic champion Daniyar Yeleussinov and his national team comrades had to take a break from training, as boxers have already begun get-togethers in the capital.

“I had to plant in my childhood… I live in Astana and will be watching how my spruce grows. Will even be watering it,” said silver medallist Vasiliy Levit, according to the news website. “The last time I was planting was during my childhood. But not even trees, perhaps a potato,” he quipped. 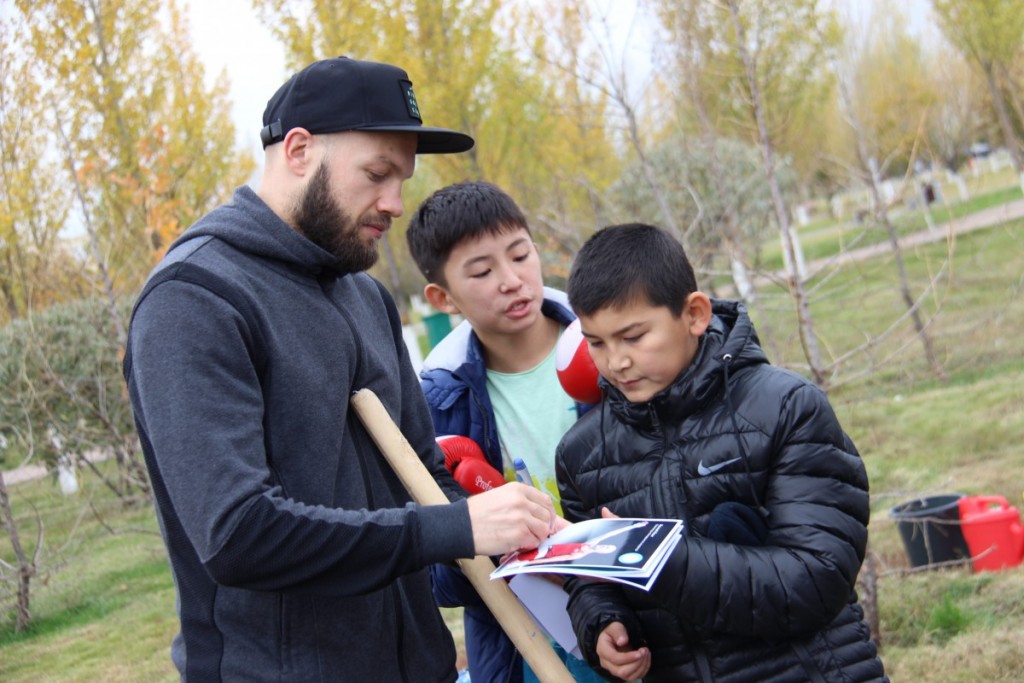 Representing Taldykorgan, weightlifting bronze medallist Karina Goricheva arrived in Kazakhstan just for the day. She said she will come to the park with friends every time she visits the city to see how her plant is growing.

“I am very happy that I was called to come for this occasion. It is very interesting, I am planting a tree for the first time,” she said, according to Tengrinews. “I hope it will grow big. But I would rather make ten approaches with a barbell than plant one tree. This is difficult.”

When asked about the symbolic location of the alley in the Park of Lovers, the athlete said she has put love on the back burner.

“Love will be in Tokyo after the Olympiad,” she added, according to the news agency.

While planting his spruce, boxer Serik Sapiyev called upon all Kazakh people to take care of the surrounding environment. 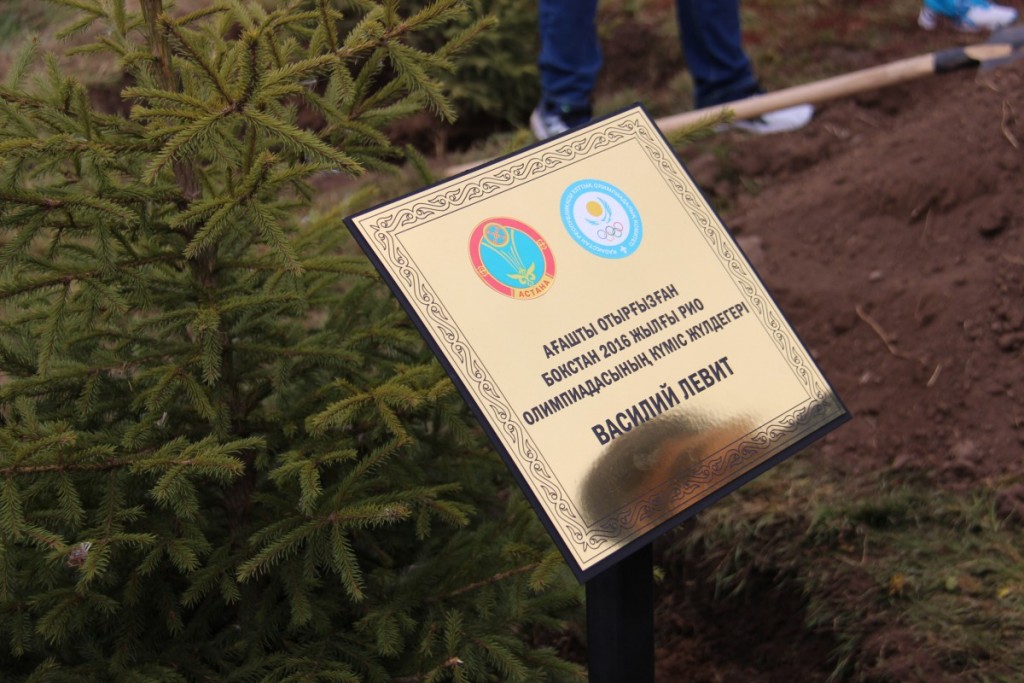 Park Vlublyonnih has since long ago became one of the most favourite spots among locals and guests. The alley will be expanded in the future – outstanding Kazakh athletes and participants in past Olympiads will continue to plant trees.