ASTANA – Twenty-one airlines operate in Kazakhstan, only four of which are really big enough to be called national carriers and compete in the Kazakh market of passenger air travel services. 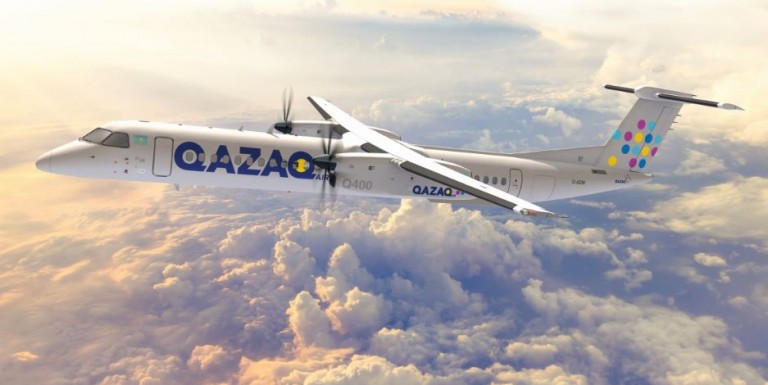 Air Astana, SCAT, Bek Air and Qazaq Air are the leaders in the Kazakh skies, annually transporting thousands of people and thousands of tonnes of goods.

The mission of Air Astana is “From the Heart of Eurasia we are building one of the finest airlines in the world.” The company, established in 2001, is owned by Samruk Kazyna Sovereign Wealth Fund (51 percent) and BAE Systems PLC (49 percent). The airline strives to correspond to the highest international standards of the European Aviation Safety Agency (EASA), International Air Transport Association’s Operational Safety Audit (IOSA) and Third Country Operators (TCO).

Air Astana currently operates a fleet consisting of 30 foreign-built aircraft with an average age of 7.4 years and has more than 60 domestic and international routes. The company has more than 4,700 highly-qualified staff members and placed orders for Boeing 787, Boeing 767, Airbus A320 and Embraer 190 family aircraft, which will expand the fleet to 43 aircraft by 2020.

SCAT was established by 17 pilots and aircraft technicians in Shymkent who saved an aviation base and aircraft made in the USSR. Today, the company’s fleet consists of foreign aircraft. SCAT operates more than 80 domestic and international air routes, annually offering up to ten new destinations.

Bek Air was established in 1999 and offered so-called VIP-flights (business jets). The airline is now the first low-cost Kazakh airline, carrying domestic scheduled air services between major cities. The mission of the regional airline is to ensure safe, effective and affordable air transportation for the population, which is why the company prefers to use reliable models of aircraft that are the most suitable for regional flight configurations.

Qazaq Air is a new domestic regional airline, established in 2015 and founded and owned by Samruk Kazyna Sovereign Wealth Fund. Qazaq Air meets the highest local and international safety requirements and operates modern turboprop aircraft. The airline’s logo, developed on the basis of the “Connecting Kazakhstan” theme, has 14 colourful circles representing the 14 regions of the state. Qazaq Air has a network of regional flights and aims to provide affordable regional air services in Kazakhstan, connecting the regions and thus stimulating their economic development.

The complete list of airlines officially registered and operating in Kazakhstan, according to egov.kz: