By Alisher Nuraliyev in International on 10 October 2016 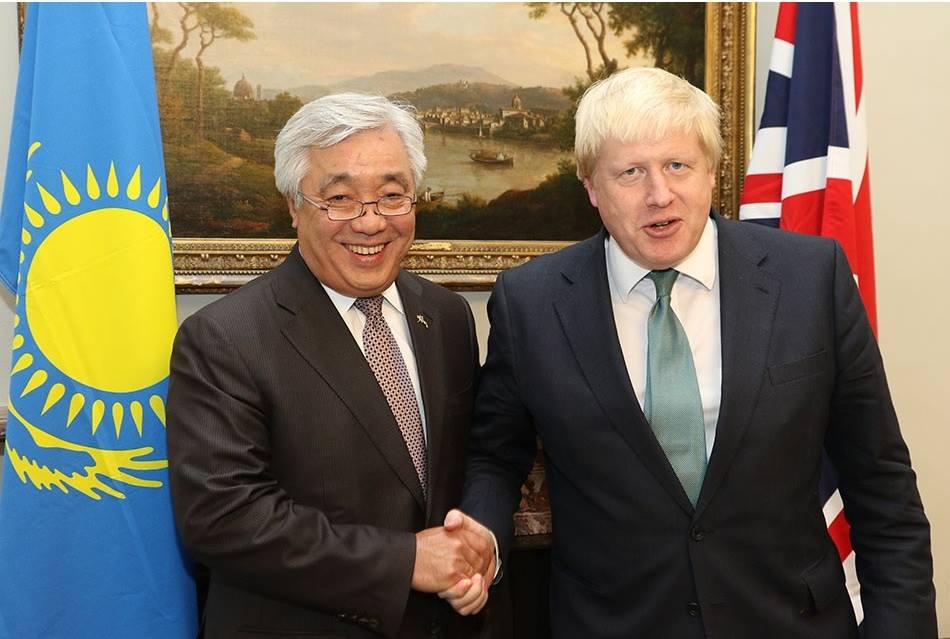 The two also discussed international issues, including Kazakhstan’s non-permanent membership to UN Security Council in 2017-2018. They focused on Syria and Afghanistan, implementation of the Minsk agreements on settlement of the situation in Ukraine, countering terrorism, non-proliferation of weapons of mass destruction and regional cooperation in Central Asia, the press release from the Kazakh Foreign Ministry said.

The foreign ministers noted positive developments in the economic and political interaction between their states and emphasised the increasing level of strategic dialogue between Astana and London. Evidence of that is the recent meeting of President of Kazakhstan Nursultan Nazarbayev with UK Prime Minister Theresa May during the G20 Summit in Hangzhou last month. The diplomats noted progress in implementing agreements achieved during Nazarbayev’s official visit to London in November 2015.

Earlier in the day, Idrissov attended a briefing at the Department of International Trade on the British national pavilion for EXPO 2017. Commissioner of the UK National Section Charles Hendry and a well-known British architect Asif Khan presented the project.

Nearly 20 British companies attended the event and expressed interest in participating in the exhibition. The participants agreed the UK pavilion will be among the most interesting and contribute to the exchange of advanced technology in the use of renewable energy sources.

As part of his London visit, Idrissov held a number of meetings, including with the members of All-Party Parliamentary Groups on cooperation with Kazakhstan headed by Lord Mohamed Iltaf Sheikh and National Security Adviser to the UK Prime Minister Mark Grant.

Idrissov and Grant discussed bilateral cooperation in regional and international security, as well as in the fight against extremism and terrorism. On behalf of Nazarbayev, Idrissov conveyed a personal invitation to Prime Minister Theresa May to visit Kazakhstan during the time of EXPO 2017.

Speaking at the opening session, Idrissov gave an overview of the most pressing challenges and threats to global and regional security, as well as promising areas of cooperation between Central Asia and Europe.

He noted that Kazakhstan was the first Central Asian country elected to the UN Security Council and that the Kazakh government will promote the region’s common priorities and attract international resources to counter security threats, with a focus on Afghanistan.

The council heard reports on its work over the past year and its priorities for the coming period. The London meeting was the third annual meeting of the ECFA. Previous meetings were in Brussels and Vienna.

A special guest of the meeting was Prince Andrew, Duke of York, who is an honourary patron of the British-Kazakh Society.