By Malika Orazgaliyeva in International on 5 October 2016

ASTANA – In an Oct. 5 statement, the Ministry of Foreign Affairs of Kazakhstan expressed its “deep regret” regarding the announced termination of cooperation between the United States and Russia on the settlement of the situation in Syria. 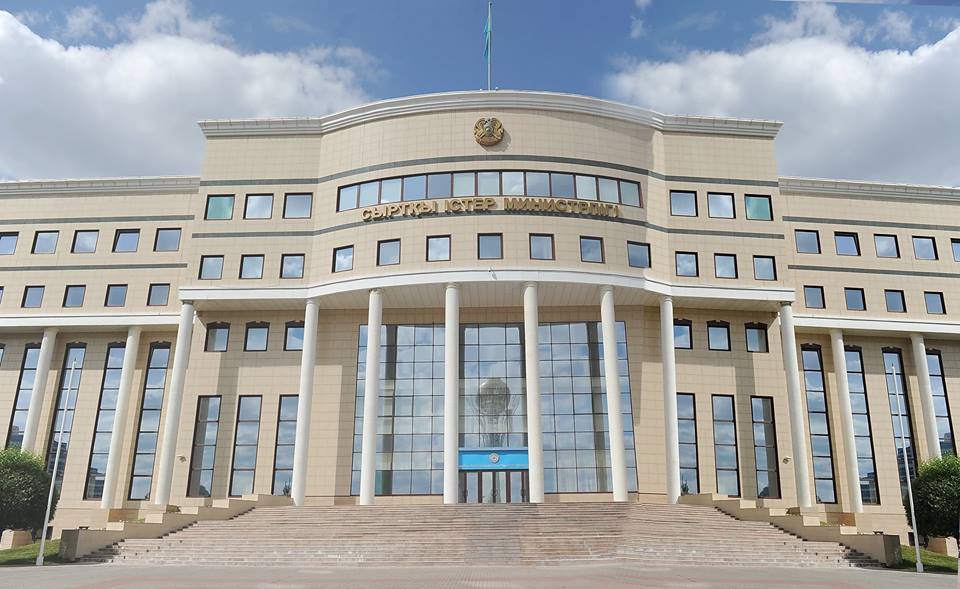 “Such scenario is fraught with further bloodshed and human losses in this long-suffering country, it jeopardises all the previous agreements and prospects for achievement of a settlement in the foreseeable future. We are very anxious about disagreements between the two major powers such as Russian and the U.S. and deepening break in finding solutions on regulation of Syrian crisis. This circumstance will not be helpful in de-escalation of the conflict and achieving stability in the whole region of the Middle East,” the statement said.

“As noted in the Sept.10, 2016 statement of the Foreign Ministry, Kazakhstan supported the agreement between Russia and the U.S. on development of the general settlement plan on Syrian crisis. We are deeply concerned that this plan, which gave hope for peace in Syria, was not implemented,” it continued.

According to the announcement, the Kazakh Ministry of Foreign Affairs called for the soonest resumption of negotiations between Russian and the U.S. on the issue in order to prevent further escalation of the humanitarian crisis, as well as end the suffering of the Syrian people.

Earlier, Russia and the U.S agreed on a new plan to reduce violence in the Syrian conflict Sept. 9 in Geneva. The agreement was reached after 10 months of unsuccessful attempts to halt the fighting and of suspended efforts to reach a political settlement to an increasingly complex conflict that began more than five years ago.

“The U.S. is suspending its participation in bilateral channels with Russia that were established to sustain the Cessation of Hostilities,” the U.S. Department of State spokesperson John Kirby said Oct. 3. The announcement came on the heels of various attacks and bombings in Syria in recent days which ended in mutual recriminations between the U.S. and Russia.

Russian Foreign Minister Sergey Lavrov has noted that Russia did not give up after the U.S. decision and it would continue efforts to settle the Syrian crisis within the International Syria Support Group (ISSG) and the UN Security Council. According to Lavrov, the crisis can be resolved only by joint efforts, otherwise everything would come down to attempts of military scenario, reported tass.com Oct. 4.