By Aiman Turebekova in Nation on 20 September 2016

ASTANA – During his working visit to the former capital of Kazakhstan, President of Kazakhstan Nursultan Nazarbayev congratulated the Kazakh people on the millennial anniversary of Almaty city. 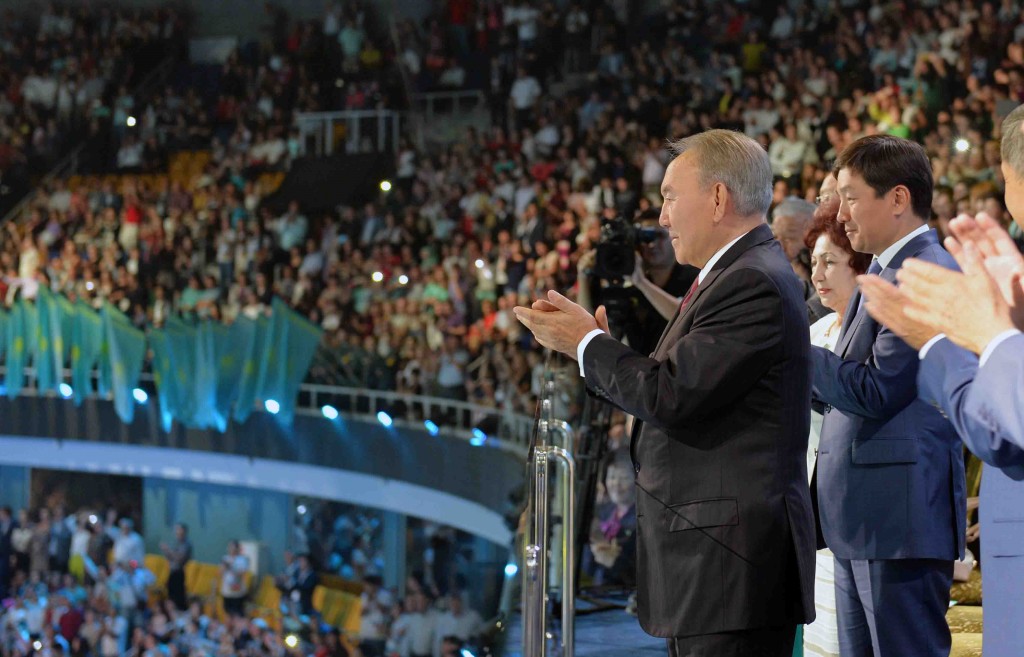 “This date has been included in UNESCO’s calendar of commemorative and anniversary dates of humanity, which emphasises the unique role of Almaty in regional and global development. The holy land at the foot of the Alatau peaks has seen many events in its history. The Great Silk Road was a great trade route that crossed this city and connected East and West, North and South, of vast Eurasia. Almaty has become one of the main centres of the unique urban culture of Central Asia,” said Nazarbayev.

He also noted that the socio-economic development of Almaty has always been a priority for the government. “Last year, we adopted Almaty’s development programme until 2020 as a concrete action plan to improve the lives of citizens and the ecological situation in the city, creating favourable conditions for business. Modern Almaty has become a reflection of the steady and sustainable development of the whole of Kazakhstan. The city area has doubled over the past five years,” highlighted the President.

In addition, the President emphasised the important role of small and medium-sized businesses, which, he said, produce a quarter of the products and services of the country. Almaty is known to be a city with the largest number of SMEs in Kazakhstan.

Nazarbayev also drew attention to Winter Universiade preparations, which, he said, have given new impetus to the development of the tourism industry of the city, helping to increase employment.

“We invested 107 billion tenge [US$312.9 million] for the construction of its unique facilities. The Winter Universiade provides work for more than 1,500 small and medium-sized businesses and creates more than 30,000 new jobs. The event will bring together more than 2,000 athletes from 57 countries. The development of the Almaty tourism cluster will provide employment for 90,000 citizens,” he said.

During his visit, Nazarbayev visited new sports complexes including Khalyk Arena, a 3,000-seat ice arena and Almaty Arena, a 12,000-seat ice palace, as well as the venerable Medeo skating rink and the new Athletic Village for athletes and delegations.

The main building of the Athletic Village includes areas for accreditation, sports information and multimedia centres, as well as a dining room and rooms for volunteers.

The President also spoke with representatives of the International University Sports Federation and expressed his hope for the success of the World Winter Universiade 2017 with their direct support.

The President was informed that all Universiade facilities would be used as training centres for sports schools and professional and amateur teams.

In addition, Nazarbayev visited the Multimedia Centre of Traditional Music, which has unique Kazakh instruments from the collections of the Museum of Folk Instruments, the Kasteev State Museum and the Museum of the History of Almaty. The President presented to the centre his personal dombra and the sculpture “Steppe Melodies,” dedicated to the legendary folk singer and dombra player Dina Nurpeissova.