By Kamila Zhumabayeva in International on 8 September 2016

ASTANA – Malaysian Ambassador to Kazakhstan Dato’ Hidayat Abdul Hamid recently shared his thoughts about developing bilateral relations between the countries and improving trade and business relations as his immediate priorities in Kazakhstan. 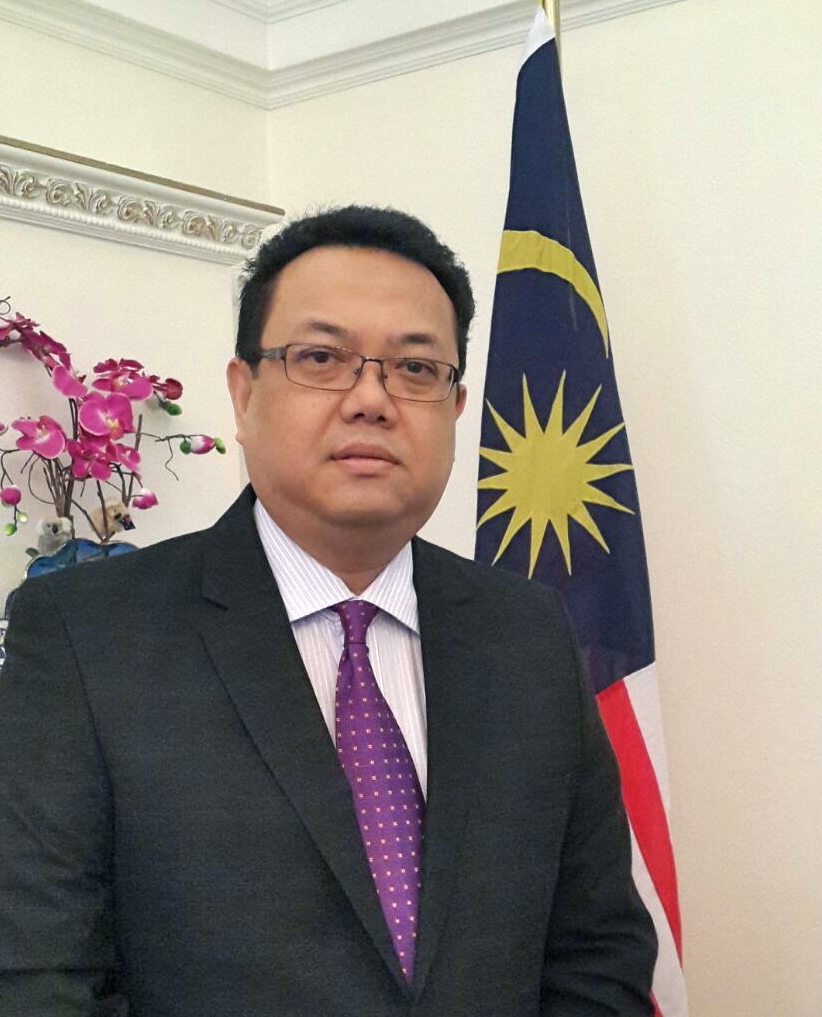 “Malaysia and Kazakhstan share many common visions and aspirations to make the world a better place to live in, especially for future generations,” he said in an interview with The Astana Times.

Hamid noted Kazakhstan has an excellent foreign policy record and that among Islamic countries, Malaysia and Kazakhstan share an open perspective about modernity and development, tolerance among religions and peaceful coexistence with other beliefs.

Kazakhstan showed exemplary leadership to the Islamic world in aspects such as security, science and technology, economy and trade when it chaired the Organisation of Islamic Cooperation (OIC) in 2011, he added. The country hosted the World Islamic Economic Forum (WIEF) the same year and launched the Islamic Organisation for Food Security (IOFS) in 2016.

“Kazakhstan is a dynamic country and developing very fast despite the dire challenges facing the world economy,” he said. “I believe Kazakhstan will play the same role when it takes its seat as a non-permanent member of the United Nations Security Council (UNSC) in 2017-2018, the first country from central Asia to do so.”

Kazakhstan is well known for its efforts in nuclear non-proliferation, tolerance among religions and focusing on environmental concerns such as through the promotion of future energy and bio-diversity, he noted.

Bilateral ties between Malaysia and Kazakhstan have developed steadily since diplomatic relations were established in 1992.

“Our relations are on a firm footing and we have signed all the necessary documents,” he said.

He noted recent developments and high-level trips in recent months, including the visits to Kazakhstan by the Malaysian chief justice and attorney general and signing a memorandum of understanding with the Kazakh Prosecutor General.

An additional important milestone was the visit to Astana by the Malaysian Secretary General of the Ministry of Energy, Green Technology and Water (KeTTHA) and inking Malaysia’s participation in EXPO 2017.

“We are confident that the expo will be the catalyst to an energetic economic boom for Kazakhstan,” said Hamid, adding Malaysia is very enthusiastic and looking forward to participating in the exhibition.

“We support Kazakhstan in its effort to promote future energy and will showcase some of Malaysia’s experience and technological advances in this field,” he noted.

Malaysian Prime Minister Dato’ Sri Haji Mohd Najib bin Tun Haji Abdul Razak has travelled to Kazakhstan every year for the last three years on both official and private visits, said the ambassador. The leaders of both countries enjoy a close relationship, exchange calls and consult each other on matters of mutual interest.

Hamid indicated bilateral trade between the countries is far below its true potential and his nation is working hard to advance trade relations.

According to a spokesperson from the Kazakh Embassy in Malaysia, mutual trade between Kazakhstan and Malaysia stood at $76.6 million, with $76.2 million in total exports to Kazakhstan and $396,300 in imports from January-October 2015, reported therakyatpost.com.

The ambassador said business people from both Malaysia and Kazakhstan are cautious because of the current world economic downturn. He added Malaysians believe in the tremendous potential that both countries could work to improve.

The decision of the Kazakh government to introduce a 15-day visa-free regime for Malaysians to visit Kazakhstan has encouraged more Malaysian business people to travel to the country, according to Hamid. He expressed his hope in more Kazakh business executives coming to Malaysia, as they can visit visa free for 30 days.

“The Medical Health Tourism Council (MHTC) has identified Kazakhstan as a potential market where Malaysian healthcare can contribute to develop a health industry. About 1,500 Kazakh patients sought medical treatment in Malaysia last year.”

“The Malaysian Technology Development Corporation (MTDC) has been engaging technocrats and policy makers in Kazakhstan to explore ways of working together to commercialise technological advancements. Several workshops have been organised with the participation of Kazakhs and Malaysians to enhance cooperation. The Malaysian Technical Cooperation Programme (MTCP) has trained officials from Kazakhstan since 1993. Malaysia shares its experience and expertise in all fields with participants from developing countries under this programme,” he said.

He praised the work of the Kazakh government on improving its transportation and logistics systems, such as building a transportation hub in Khorgos, on the border with China, and establishing the Kazakhstan-Turkmenistan-Iran railway service that, according to Hamid, opens the country to the Far East.

The ambassador also expressed optimism about the future of Kazakhstan’s economy.

“The current downslide in oil prices is a blessing in disguise. It is the right time to consolidate and upgrade obsolete and inefficient technology with possibly less costly new high-technology alternatives. Local talents could be nurtured and local expertise developed,” he said.

Hamid outlined improving trade and business relations and reviving the Malaysia-Kazakhstan business council as immediate priorities for his term. He seeks to invite more Kazakh businesses to come to Malaysia.

“Malaysia is also booming now and there are many sectors that we can work on together. Kazakhstan is rich with natural resources and diversifies its economy,” he added.

The ambassador believes the countries can work together to develop small and medium-sized enterprises. He noted a large number of Kazakh students are studying in Malaysia and their families are coming as tourists.

“The more people-to-people contact, the more we would understand each other better, and the trend is already there,” he said.

He believes there are similarities in the way Malaysians and Kazakhs live.

“Kazakhs have large families just like us in Malaysia. We feel very comfortable, even some living with grandparents, big families especially during festive holidays like Eid al-Fitr and Ramadan,” he said.

Many Malaysians would like to visit Kazakhstan and learn about the nation’s history, he added.

“You have 500 years of civilisation, famous Islamic philosophers and great thinkers like Al Farabi, historical relics and places like Turkestan that would be of interest to many people around the world,” he said.

“Just being here for the past two years, I am amazed with the development that is going on in Astana alone, like many new buildings and the busy expo site. People in Kazakhstan work very hard and we see the country as a partner for growth, progress and ensuring a successful and peaceful world for everybody,” said Hamid.