By Zhanna Shayakhmetova in Culture on 22 September 2016 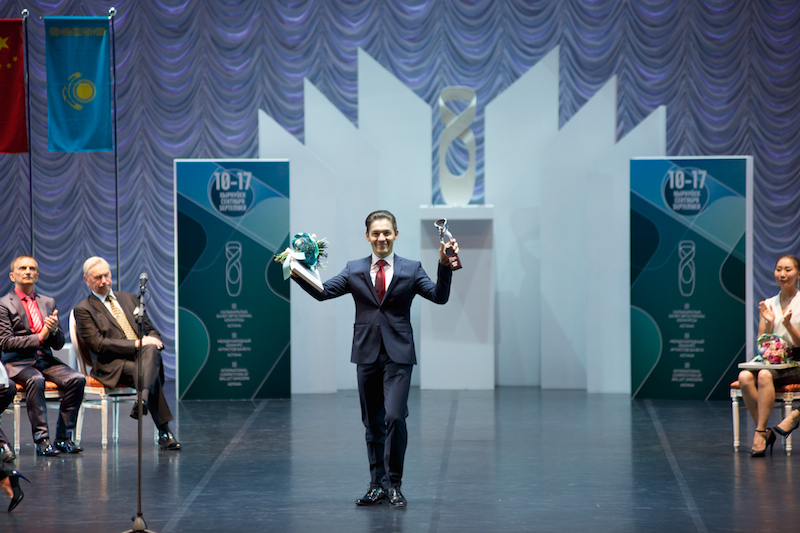 Adamzhan has been on something of a tear recently, winning the Grand Prix at the Istanbul International Ballet Competition in July and in early August wowing the judges at the Seoul International Dance Competition, where he also took first place. He captivated both the international jury and the audience with his virtuoso technique and highly professional performance.

In Korea, Adamzhan performed variations from Minkus’s “Don Quixote” and “La Bayadere,” Asafiev’s “Flames of Paris” and Pugni’s “Esmeralda” ballets. He also performed a modern choreographic production, “In the Wake,” staged just for him by renowned Chinese choreographer Yixjian Zhang after Zhang noted Adamzhan’s great potential and excellent physical abilities. Taking part in the Korean competition helped him learn more about the Korean school of ballet, which is extremely technically proficient, Adamzhan said, and spurred him to reach for new heights in his own dance.

According to Adamzhan, it is always difficult to switch between modern choreography and classical dancing, but keeping in good physical condition and maintaining a positive attitude are crucial supports. And if you know the basics of classical dance, it is easy to explore other types of dancing, he says. 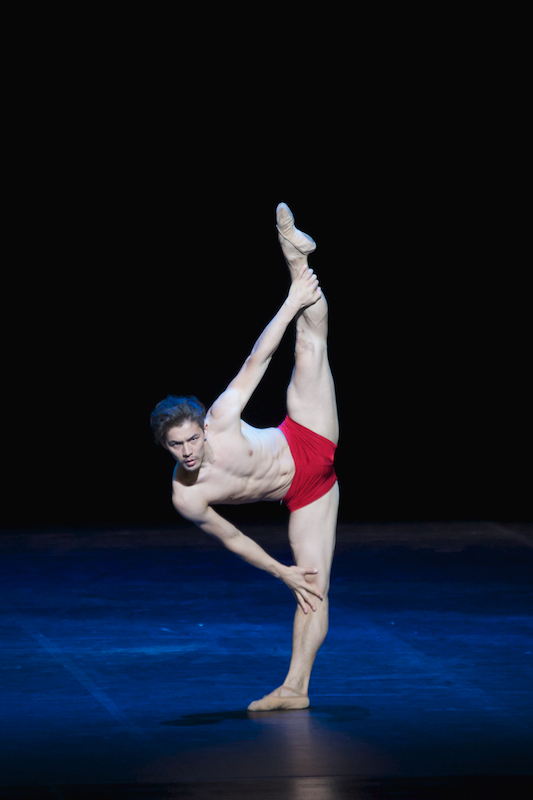 “I had only four days to prepare for the ‘In the Wake’ production. But thanks to the efforts of the choreographer and my great desire to learn the choreography, we did it,” he said in an interview with The Astana Times in which he also talked about the world of ballet, his career goals and the challenges of modern choreography.

Discipline and constant self-improvement are the greatest challenges of being a dancer, Adamzhan said.

“Discipline means health and time you spend at work and at leisure. It is necessary to keep a balance between your profession and personal life. My profession makes me get up every day at 7 a.m. and come to the theatre and work hard until late in the evening. But at the same time, I always have time for my personal life and other activities. Our bodies are our main instruments. You need to feel your body. If your body sends a signal of physical distress – just have a rest,” he explained.

Adamzhan’s parents enrolled him in ballet school after seeing an advertisement about auditions for the Seleznev Almaty Choreographic School in 2003.

“I trusted my parents’ choice, as they wanted the best education for me. When I became a father myself, I began to understand my parents better, their expectations and what goals they pursued when I was enrolled in ballet school at 10. While studying, I spent nine months at school and only three months at home. But I am immensely grateful to my parents for guiding me towards the right path. I love and respect them enormously,” he said.

“My first teacher at the dance academy was Farida Aliyeva,” Adamzhan said, recalling his first steps at school. “She supported and helped us while we were young newcomers. I was fortunate to know Nazira Abdulina, honorary education worker of Kazakhstan and Akhmedgali Burkitbayev, honoured worker of Kazakhstan. They also gave us classes. I am thankful for their work, patience and wisdom. Their dedication and knowledge made us technically equipped male dancers. My classmates perform in theatres in Seoul, Moscow, St. Petersburg and Kazan. All have found their way and become in-demand artists due to the work of our teachers.”

“Astana is a city where my dreams come true. I grow together with this beautiful and booming city. To me, this is one of the most beautiful cities in the world. My dream was to play the role of Spartacus in the ‘Spartacus’ ballet. One year after arriving in Astana, I performed this role. Astana Opera stages productions that are recognised and loved by audiences worldwide. Astana Opera has become a true cultural centre of Eurasia. I understood this when the foreign dancers participating in the Astana Ballet Competition were amazed to see our theatre with its facilities and latest stage equipment,” he said.

The capital’s theatre will stage major productions as part of the International Silk Way Festival starting Sept. 22. A Gala Ballet, featuring pas-de-deux from classical ballets, dances from national operas and compositions by modern Kazakh and foreign choreographers, will be held Oct. 29.

“I am scheduled to start rehearsing for ‘Don Quixote,’ where I play Basil. I am looking forward to meeting with spectators in our theatre in the new season. It is an immense honour to play in the premiere production and I will do my best to bring lots of entertainment and joy to the viewers,” Adamzhan said.