By Malika Orazgaliyeva in International on 23 September 2016

Minister of Foreign Affairs of Kazakhstan Erlan Idrissov participated in the 71st Session of the United Nations General Assembly (UNGA) in New York, taking part in the opening session of the general debates, as well as multilateral events and bilateral meetings on Sept. 20-23. 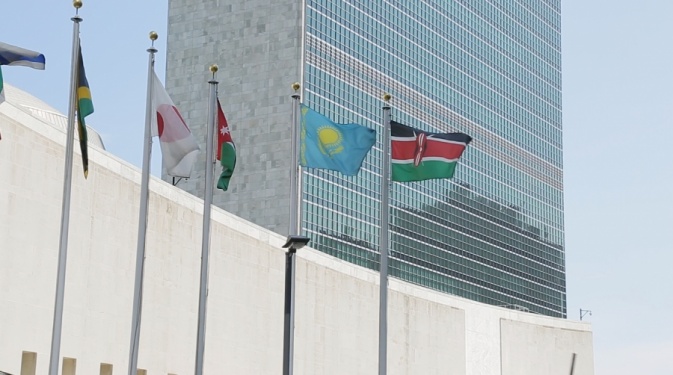 “This session of the UNGA is held on the 25th anniversary of Kazakhstan’s Independence. Therefore, at our meetings and in our statements, we note the importance of this date for Kazakhstan in terms of the need to adequately assess the past and adjust development plans for the future,” Idrissov emphasised.

According to Idrissov, the most important task for the Kazakh delegation is to promote the initiatives of President Nursultan Nazarbayev regarding global security, a nuclear-weapon-free world, the fight against international terrorism and for sustainable development put forth by him at the 70th UNGA session last year. 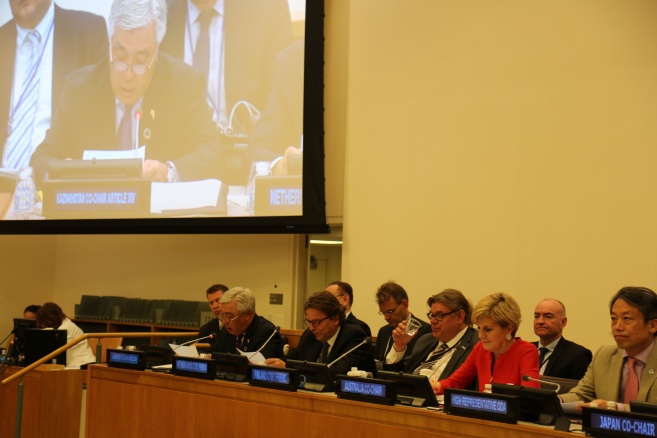 The current session was special to Kazakhstan in light of its election as a non-permanent member of the UN Security Council for 2017-2018.

“All meetings of our delegation in New York this week will be mainly dedicated to our membership in the Security Council. We explain to our international partners our priorities, which will define our work in this vital political body. Our membership programme will be based on the peaceful policy of President Nazarbayev, the struggle for nuclear-weapon-free world, the fight against new threats and challenges, such as international terrorism and radicalism, and, certainly, ensuring sustainable development for all states, especially for developing ones. In this context, we will actively work to emphasise the development priorities and challenges in our region, as well as stability and security issues in Central Asia. This is directly related to the situation in Afghanistan and we will focus on these issues,” Idrissov said. 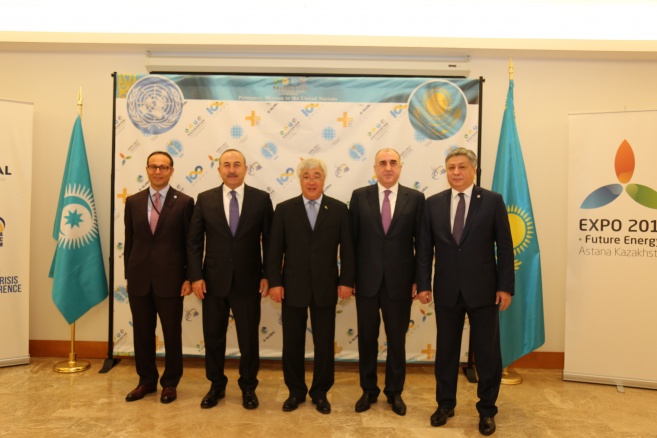 Traditionally, besides promoting Kazakh initiatives at the general debates, the annual UNGA session provides a platform for the Kazakh delegation to organise or participate in multilateral events and bilateral meetings with a large number of international partners.

In particular, Idrissov took part in the Eighth Ministerial Meeting in support of the Comprehensive Nuclear-Test-Ban Treaty (CTBT). The minister informed the participants on the outcomes of the recent Astana International Conference “Building a Nuclear Weapon-Free World,” which was dedicated to the 25th anniversary of the closure of the Semipalatinsk Test Site and confirmed the strong commitment to promote the signing and ratification of the CTBT to ensure its early entry into force. The meeting was also addressed by the foreign ministers of Japan, Germany, Canada, South Korea, Thailand, Australia, Argentina, the Netherlands, Finland, Indonesia, Myanmar, and Swaziland, the High Representative of the European Union for Foreign Affairs and Security Policy and the Executive Secretary of the CTBTO Preparatory Commission. As reported earlier, Kazakhstan and Japan are co-chairing the Article XIV Conference of the CTBT in 2015-2017, whose purpose is to advance the treaty’s entry into force.

The Kazakh delegation also took part in the ceremony of depositing instruments of ratification of the Paris Climate Change Agreement. Kazakhstan signed this important international document on Aug. 2 and confirmed its commitment to complete the ratification process by the end of this year.

The Permanent Mission of Kazakhstan to the UN also hosted the Ministerial Meeting of the Cooperation Council of Turkic-Speaking States. Its participants discussed preparations to the Sixth Summit of the Turkic Council in Bishkek later this year and coordinated promotion of common interests at the international platforms, including the UN.

Kazakhstan and Ethiopia also signed a memorandum on political consultations between their foreign ministries.

In addition, Idrissov attended official receptions on behalf of the UN Secretary General, heads of the U.S. and EU delegations, where he had meetings with his foreign colleagues.