By Staff Report in International on 7 September 2016

The five S-300 surface-to-air missile systems from Russia will go on combat duty in Kazakhstan in the near future within the joint regional air defence system of the two countries. The announcement was made by Russian Air and Space Forces Chief Colonel General Viktor Bondarev. 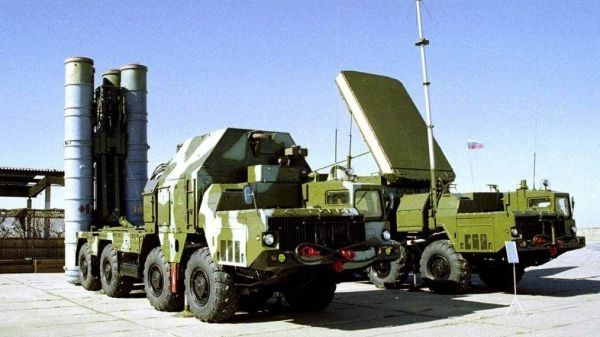 Kazakhstan received the five systems for free from Russia in August 2015, with the transfer completed by the end of the year. In addition, the Russian side is finishing the intrastate registration procedure to transfer more than 170 anti-aircraft missiles to the complexes.

Kazakh Minister of Defence Imangali Tasmagambetov stressed the importance of a unified air defence system at the recent 45th meeting of the coordinating committee on air defence under the CIS (Commonwealth of Independent States) Council of Defence Ministers.

“To date, the unified air defence system is one of the most significant achievements of the integration process in the area of ​​military cooperation and real-life defence of the commonwealth system. The results of the annually-conducted exercises held together with air defence duty forces confirm the effectiveness of the system to protect state borders. The experience gained in recent years once again proves the fact that we have chosen the right path. It is also clear that a joint air defence system needs to be further improved with a view to adequately respond to the threats emanating from air space, said Tasmagambetov.

He noted in June, the defence ministers of the participating states approved the CIS concept of aerospace defence. The concept envisions a system of views on construction of air and space defence, coordination of efforts and cooperation of air defence troops. The coordinating committee has been tasked with executing the document.

“It is important to continue improving the legal framework of cooperation, its organisational structure and management system. The practical implementation of ways to improve the unified air defence system will increase its capacity to reach a new level of security of the participating states,” he added.

As previously reported by Collective Security Treaty Organisation (CSTO) Secretary General Nikolai Bordyuzha, Russian-Belarusian and Russian-Kazakh air defence systems are currently operating. The Russian and Armenian unified air defence system is in the process of being formed and the issue is being considered by the legislative bodies for further ratification.

“The establishment of such regional systems is only the first step. As a next step we are going to unite the activities of these systems, which will help to create the air defence system over the entire space of the CSTO,” said Bordyuzha.

Russia and Armenia agreed to create a unified air defence system in late December 2015. A similar agreement with Kazakhstan was signed in 2013 and with Belarus in 2009. Plans are also being considered to create regional air defence systems with CSTO members Kyrgyzstan and Tajikistan. In early April, it was reported that the relevant documents have been developed and are now under negotiation.