Almaty to Use European Experience in Business, Economic Projects

By Azamat Syzdykbayev in Nation on 10 September 2016

ASTANA – Almaty will be using the experiences of Paris and Graz to help improve its management of the municipal economy and business relations, following a recent trip to France and Austria by a delegation led by the city’s deputy akim (mayor). 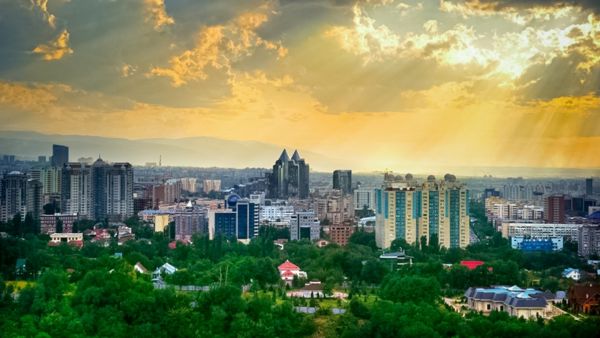 After the visit to Paris and Graz, it was decided that the planned construction of the four-hectare Mizam market in Almaty’s North Ring District will operate like the Rungis wholesale market of agricultural products in Paris, the Almaty city press service reported. This market operates as a public-private partnership.

The main distinguishing feature of the French market is direct deliveries from wholesalers, without any price increase. Rungis consists of hundreds of refrigeration plants and packing plants, where products are stored for two to three days at most, ensuring high quality and freshness of goods.

Following the French example, a musical background is going to be provided in parks, squares and other places of leisure in the Kazakh metropolis. The landscape design will incorporate small architectural forms in traditional and classic styles. The general landscape design is under development now.

The city plans to organise above-ground and underground car parks equipped with charging stations for electric vehicles. This will help alleviate environmental problems in the city, improve its aesthetic appearance and solve the problem of parking.

Another useful idea imported from Paris concerns the introduction of a modern waste processing plant capable of providing electricity for a whole city district. This mechanism is planned to be used in the construction of a similar industrial production in Almaty.

Austria was also found to have valuable experience. After visiting Graz, the idea of establishing a Dr. Günter Nebel Rehabilitation Centre in Almaty was considered by the Kazakh delegation. The centre will invite the best Austrian and Kazakh specialists to work there. One of the main tasks of the centre is the rehabilitation of patients suffering from musculoskeletal diseases.

The possibility of having Kazakh students study in Graz’s universities was also discussed during the meeting. The experience of the federal state of Styria in creating awareness of law violations will help make Almaty a safer metropolis.

It is expected that international contacts will create favourable conditions for realising other profitable public-private projects.