ASTANA – Aktau Open Fest 2016, held Sept. 15-17, welcomed 100,000 visitors and around 300 athletes, artists and musicians. Organised for the fourth year, the festival was dedicated to the 25th anniversary of Kazakhstan’s independence. 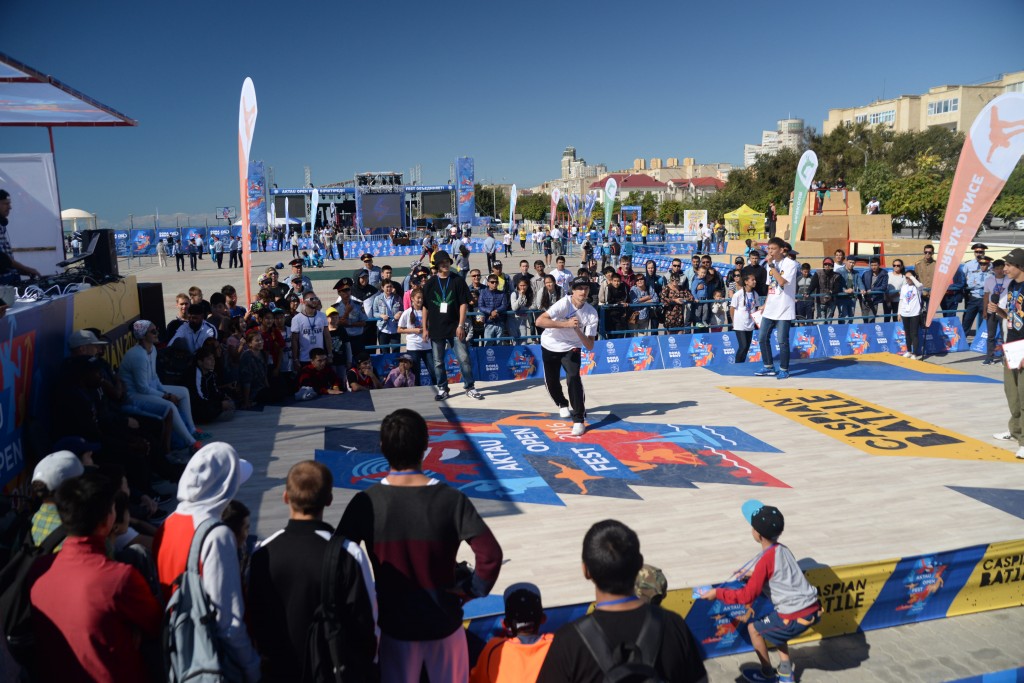 The three-day event was organised by the Aktau city administration and Doma Doma Public Fund. This year the festival was supported by the Samruk Kazyna Trust Fund of social projects development, which has agreed to invest in Mangystau region by building special facilities for mini-football, basketball, skateboarding and street workout, according to the organisers. The land for the construction has already been allocated.

“With those facilities, we will be able to conduct master classes to teach children in rural areas. With such a material and technical base, the sport growth is two times faster. There are promises to solve those issues by the end of the year. The sports movement should not finish with the end of the festival. The purpose of the festival is to leave the facilities behind, to support young athletes in their development,” said festival organiser Samson Arakelyan.

Such festivals should be held not only three days, but for the whole summer, he added. 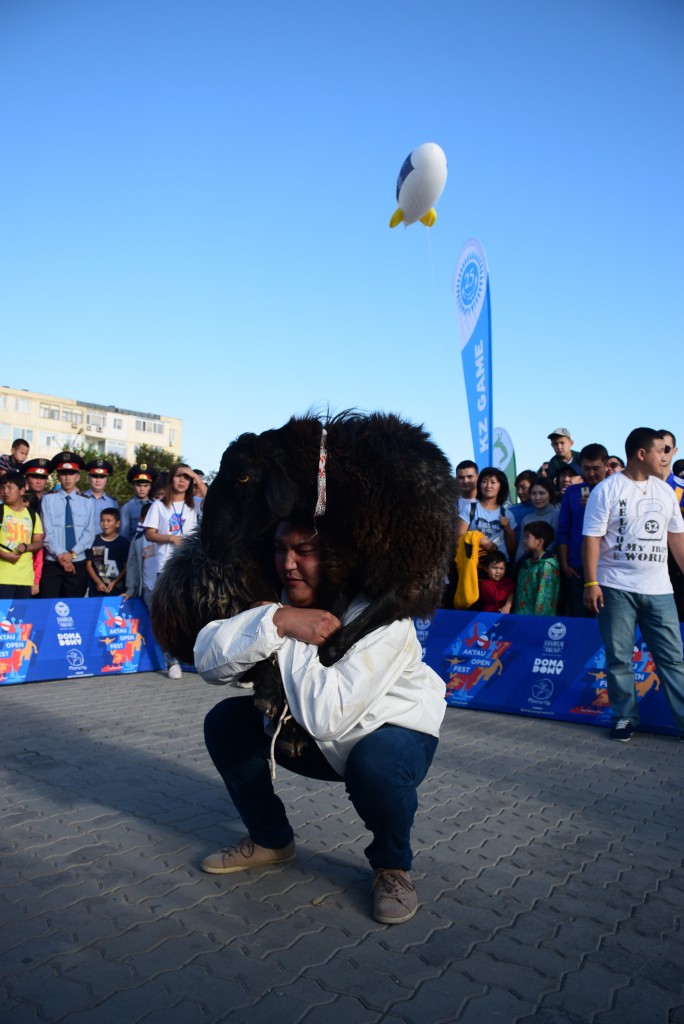 “I believe that the festivals should go all three months. People could choose when they will arrive for a film festival in June or the festival of extreme sports in July. And it’s all real; Aktau is ready. We have the facilities; there is the sea. Of course, this cannot be done only at the expense of the [state] budget, but there are always partners and companies that are willing to invest their money to be represented at the festival,” he said.

The number of children joining sport clubs increased following each previous festival, noted Arakelyan, who added the trend should continue this year. In the future, an urban centre where athletes will train outdoors is planned for the Aktau embankment.

“Here I am working with the sponsors and I want to make an urban centre where there will be everything from street workout to a boxing room, similar to facilities in Thailand – without walls, just a roof. There will also be dance floors and much more. That is, it will become the place where people will be able to come from May to September and make small local festivals there. So that sports centre on the beach would become the city’s signature,” he said.

Mangystau region Akim (Governor) Alik Aidarbayev, who participated in the official opening, congratulated citizens and visitors to the holiday of music and sports.

“Again and again, health and sports unity events will be held. Years show that the festival is a powerful incentive for adults and children to start doing sports. And for those who cannot imagine their life without training, it is a stimulus to conquer new heights of excellence,” he said.

The launch was followed by a concert with the participation of Kazakh artists. One of highlights of the opening ceremony was the performance by Sundet Baigozhin, baritone and lead soloist of Astana Opera House. Tamara Asar and Nurlan Onerbai also performed and the five-volume book “Til tanbaly akyndar,” which includes works by 52 poets and storytellers of the region, was presented.

On day two, the festival took place at two different locations. The 3×3 basketball championship, qualifying round of Caspian Battle, a breakdance contest and the region’s street workout championship were held.

A total of 15 teams competed in the basketball tournament for the main prize of 600,000 tenge (US$1,763). The final was held on the third day, when the team from Rudny city took first place.

The Caspian Battle brought together not only Kazakh street dancers, but those from Bulgaria, Russia and Ukraine. Seventy dancers challenged themselves in the contest.

BMX Freestyle Show, Kazakhstan’s only BMX team, showed its skills in one of the festival’s locations. Fifteen young athletes participated in parkour training demonstrations, a relatively new direction for Kazakhstan.

“Parkour in Aktau has been developing for around six years. The youth like that movement very much. The level of training of athletes is growing as well. Now we have facilities and I think in the future this type of outdoor sport will be growing a lot,” said Aktau athlete Bauyrzhan Tuyakov. 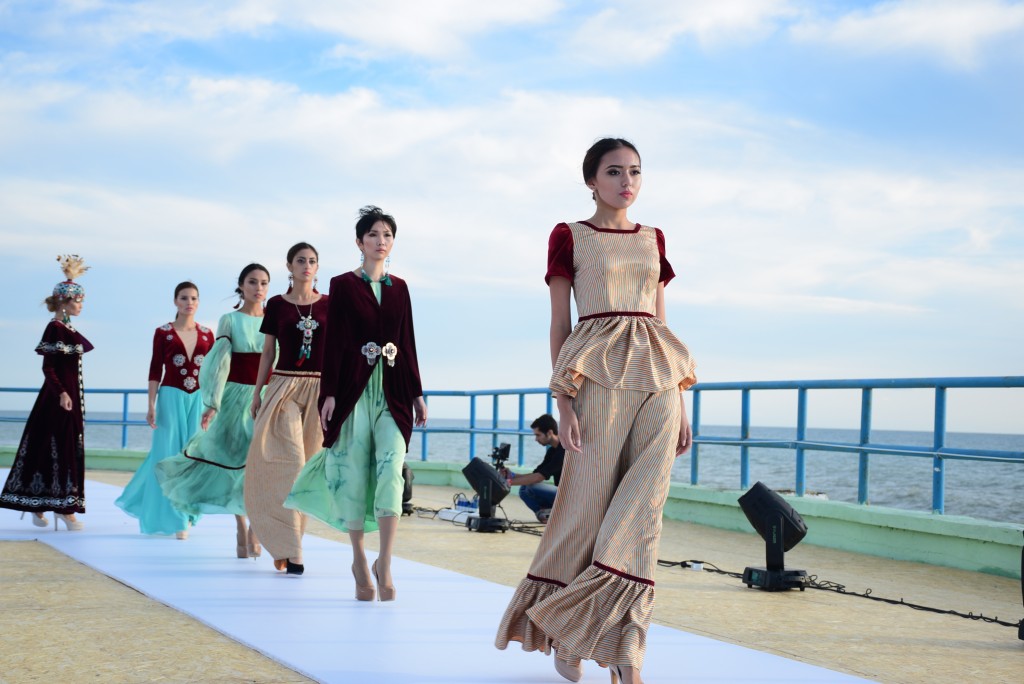 While one spot was fully dedicated to sports, the second was devoted to fashion shows. Kazakh brands Aida KaumeNOVA, KENJE, Mariya Khanym and Nur Shah showed their works, as did young designers Madina Masakova, Nazipa Turysbekova and the brand BB Ladies. Turkish designers Kerime Dincerol and Ilknur Tutuncu were invited as guests.

For art lovers, the local gallery hosted an exhibit with master classes from famous Kazakh artists Bakytnur Burdesbekov, Nurlan Kilibayev and Sembigali Smagulov, as well as a fair with handmade goods.

“Aktau has great potential for young emerging artists. There is a desire, which is the most important thing. I am grateful to the organisers of the festival for the opportunity to attract young people to contemporary art,” said Smagulov, muralist, painter, sculptor and member of the Union of Artists of Kazakhstan.

Day three started with the AmalTalks Motivation platform. Ukrainian street workout movement founder Denis Minin and two-time Olympic champion Ilya Ilyin talked about how they reached their goals and shared their experiences with the audience.

The Cocstar Battle 3×3 basketball tournament, with teams composed of artists and professional players, was held on the last day. The festival ended with another concert where BigSom, DrumAttack, Karandash, Luina и L’One and Skif performed their hits.