ASTANA – A movie about Abai’s father shot by Kazakhfilm will be included in the Sept. 5-11 11th Kazan International Muslim Film Festival. 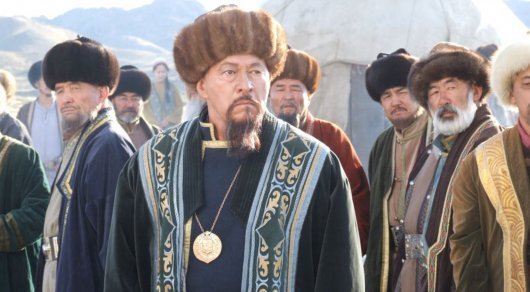 “The movie tells the story of the fate of Kunanbai Oskenbayuly, who was born in 1804 in Shyngystau village, the Semipalatinsk region (the East Kazakhstan region). He was a fair judge whose son Abai became famous for his poems,” reported the Ministry of Culture and Sports press service.

The film was directed by People’s Artist of Kazakhstan and Kazakhstan State Prize laureate Doskhan Zholzhaksynov, with the scenario written by Zholzhaksynov and Talasbek Asemkulov. Shooting took place in Karaul village in Abai district of the East Kazakhstan region, where Oskenbayuly lived for many years, and the Almaty region.

More than 700 bids from directors and producers from 50 states were entered in the festival. The competition programme includes 60 feature films, documentaries and animated films from 33 countries. Kazakhfilm will compete with movies from Bangladesh, China, Iran, Kyrgyzstan, Malaysia, Russia, Serbia and the United Arab Emirates.

The Kazan fetival has been held annually held in the capital of Russia’s Tatarstan since 2005. The first festival was initiated by the Russian Council of Muftis, the nation’s Federal Agency for Culture and Cinematography and the Tatarstan Ministry of Culture with the support of the Tatarstan president. The motto is “To the dialogue of cultures through the culture of dialogue.”

The festival aims to exchange experiences in Russian culture and arts with neighbouring and more distant Muslim countries. The event shows the creative achievements of Muslim cinematographers, and representatives popularise human, spiritual and moral values and cultural traditions.

Movies supporting ideas of peace making, tolerance and humanity regardless of the nationality and religious affiliation of the authors are chosen for the festival. The selection committee, composed of honourable Russian and foreign film critics, carefully analyses the films and chooses those which are interesting, original, vivid and deserving of audience attention.

Abai Kunanbaiuly was a poet, one of founders of Kazakh literature, composer, translator, philosopher and political leader. He exposed the problems of the Kazakh people, contributing to reforms toward European and Russian culture based on enlightened Islam. Abai’s poetry expresses great love of the nation, which affected the philosophical thinking of educated Kazakhs.

Kunanbai Oskenbayuly, the son of an ordinary man, had excellent memory and oral skills. He was an expert in steppe legislation, Russian legislation and the Koran. Oskenbayuly was highly respected by his contemporaries, who called him the fairest judge, and people throughout the country sought his advice.