ASTANA – Glamping or ‘glamour camping’ (the movement of camping for people who really don’t like to camp) has come to the middle of Manhattan with the “Extreme Wow Outdoor Glamping Suite.” 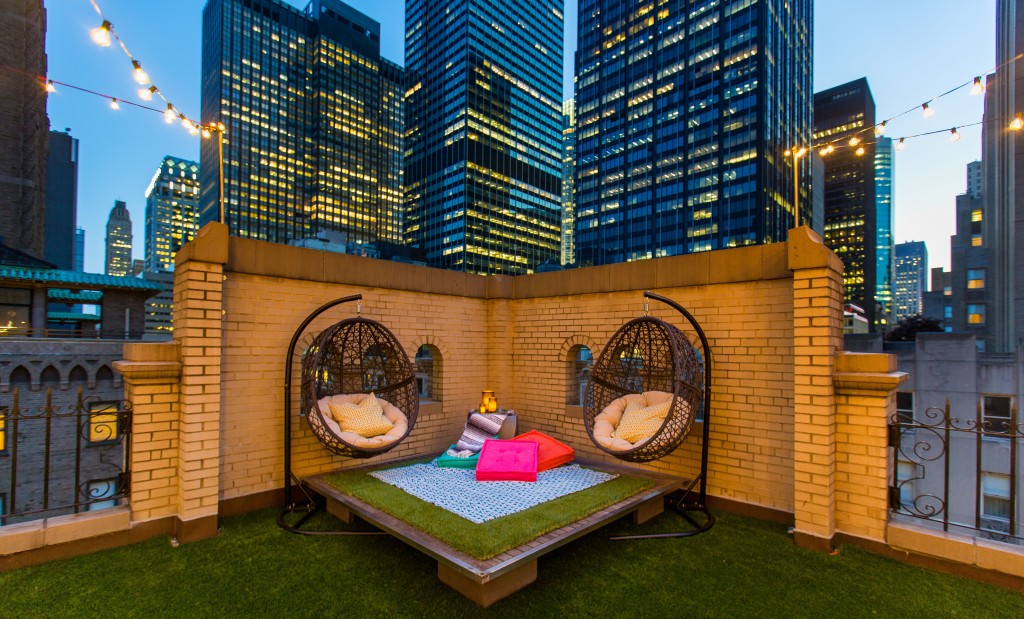 “The suite is a hotel room with a terrace designed by Laurel & Wolf and decked out with astroturf, a yurt and some fancy lights,” curbed.com reports. 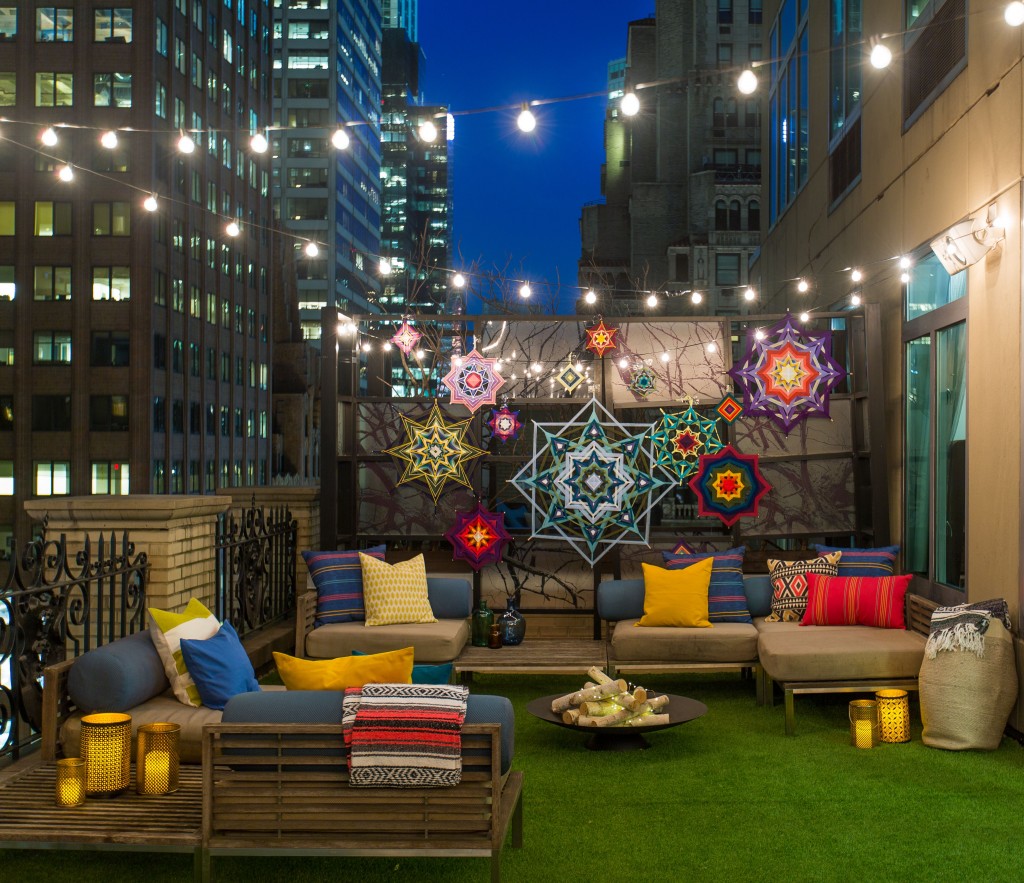 According to a statement from interior designers involved with the project, “the walls of the yurt make it quiet enough to sleep in under the stars (and in the middle of New York City traffic), but given that there’s a full bedroom just steps away, it’s more of a gathering place for guests to socialise, decorated with cushions for lounging and hanging chandeliers. The outside deck has been covered with a soy-based artificial grass, and there are hanging cocoon chairs and couches draped with bright throws and pillows in a kaleidoscope of colours. A fire pit with decorative logs, hanging twinkling lights, and candles and lanterns set the mood.” 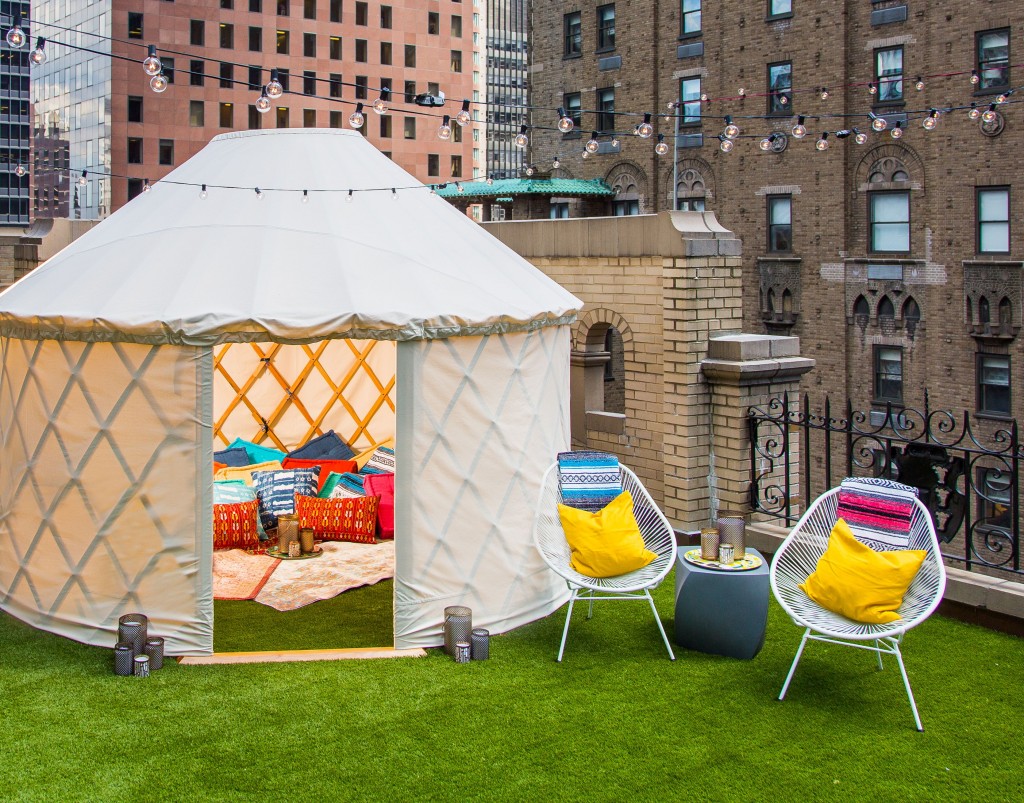 Rates hover between $2,000 and $3,000 a night, based on timing. Citizens of New York and tourists take yurt photos and share on social networks and despite high prices, the hotel owners expect the attraction to be popular.

Sleeping under the open sky on the 17th floor, the Outdoor Glamping Suite will be available for guests to book from July 13 through November.

“The idea was to create the space sprung from W Hotels participation in music festivals like Coachella, where the hotel company would sponsor yurt-like spaces for people to come in and enjoy,” said Pablo-Andres Lopez, the marketing manager for W New York.

“It’s beautiful to see the contrast of the rustic design with the background of the skyline behind it,” said Lopez. “Glamping is trendy, but where else can you do it in the middle of midtown?”

The yurt has been gaining popularity recently. For example, at Google X office, located in Mountain View, California, Tilek Mamutov has established a yurt which is used as the room for meetings. And in the United Kingdom some people reportedly began to arrange wedding ceremonies in yurts.