By Magzhan Serikkhanuly in International on 29 August 2016

Nazarbayev noted Serbia is an important partner for Kazakhstan, as a good understanding on a range of economic and political issues has developed between the nations.

“Today’s meeting is taking place in the year when we celebrate the 25th anniversary of Kazakhstan’s independence, as well as the 20th anniversary of the establishment of our diplomatic relations with Serbia. I hope that this will contribute to the expansion of trade and enhancing economic and political cooperation. We intend to increase cooperation in the field of agriculture, industry, construction, medicine and pharmacy. Kazakhstan and Serbia are complementary economically and the partnership can bring benefits to both sides,” he said.

The President also thanked the Serbian side for its support of Kazakhstan in the voting campaigns for the right to host the international exhibition EXPO 2017 and for a non-permanent seat at the UN Security Council in 2017-2018.

Astana and Belgrade have great potential for expanding cooperation in various fields, according to Nikolic.

“We are grateful for the principled position regarding [Serbia’s] sovereignty and territorial integrity, as well as the support for conservation of the cultural sites of our country on the UNESCO (United Nations Educational, Scientific and Cultural Organisation) World Heritage list,” he added. 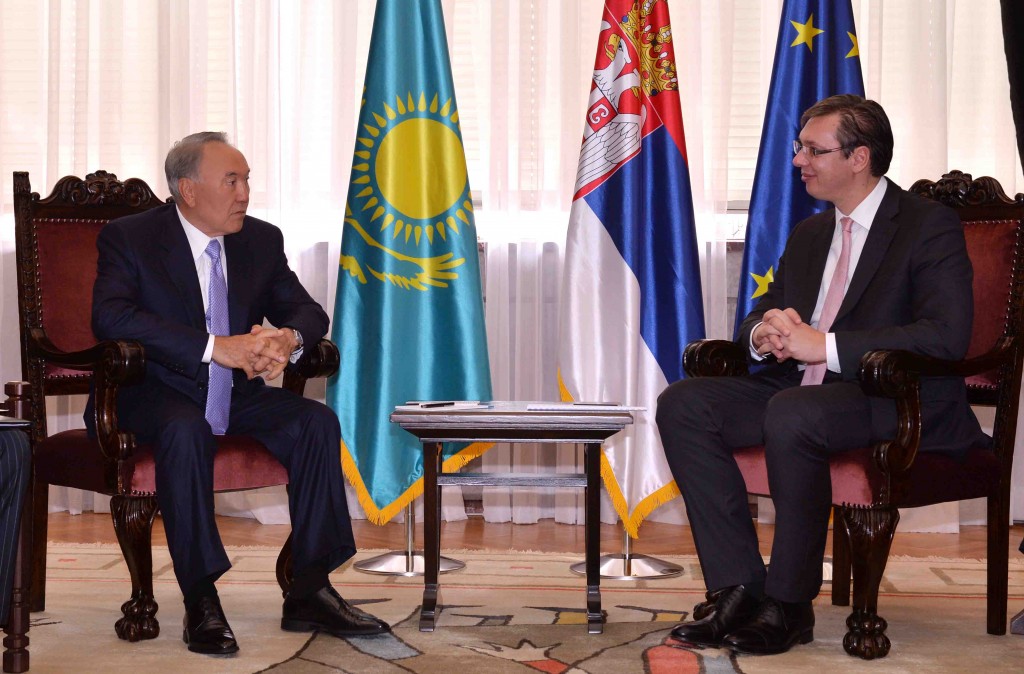 During the meeting in the Presidential Palace, Nazarbayev awarded his host with the First Degree Order of Dostyk (Friendship) for his contribution to strengthening friendship and cooperation between the nations.

Following the talks, the presidents oversaw the signing of agreements between the countries on legal assistance in criminal matters, extradition and transfer of sentenced persons, as well as a document on Serbia’s participation in EXPO 2017.

Representatives from Kazakhstan’s Almaty region and the government of Vojvodina also inked a cooperation agreement.

Nazarbayev met with Prime Minister Aleksander Vucic to discuss ways to strengthen bilateral economic, political and other ties. He spoke with Serbian Patriarch Irinej, who praised Kazakhstan’s policy of promoting religious tolerance and interfaith dialogue and decorated him with the First Degree Order of Savva.

The visit ended the President’s three-day tour of Central-Eastern Europe, where he also paid a successful state visit to Poland.