By Kamila Zhumabayeva in Culture on 4 August 2016

ASTANA – Filming of the feature-length comedy “Vse iz-za Muzhikov” (“All Because of Men”), a story about a world of women and the three guys who are left in it, has begun in the capital of Kazakhstan. 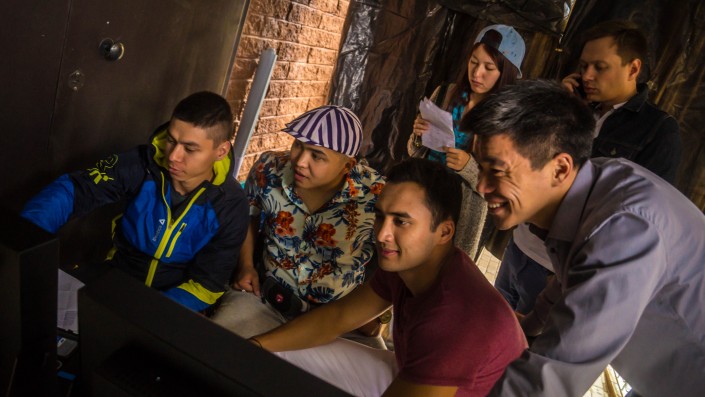 Photo from the film set.

The story unfolds in Astana. Three young men are given a chance to enter the world of women, a world where women stand tall and have all of their whims gratified and wishes fulfilled, Tengrinews.kz reports.

“However, doubts arise as to whether a life where only girls live and everything is set according to feminine principles is that perfect. Will the main characters want to become the idols of millions of women or will they try to return to a regular life?” the authors ask with the film, according to the news agency.

The creators of the successful “Nichego Lichnogo” (“Nothing Personal”) series are doing the filming and the Bernays company the film production. Shooting on “Vse iz-za Muzhikov” will be completed by about the middle of August and the creators plan to bring the film to theatres next year.

“Creating a feminine setting was the hardest thing in this film. We had to keep an eye out to make sure no men wandered into a scene, look for dozens of feminine models of cars, recolour walls to pink and a lot more,” producer Aleksander Suslov shared, Tengrinews writes. 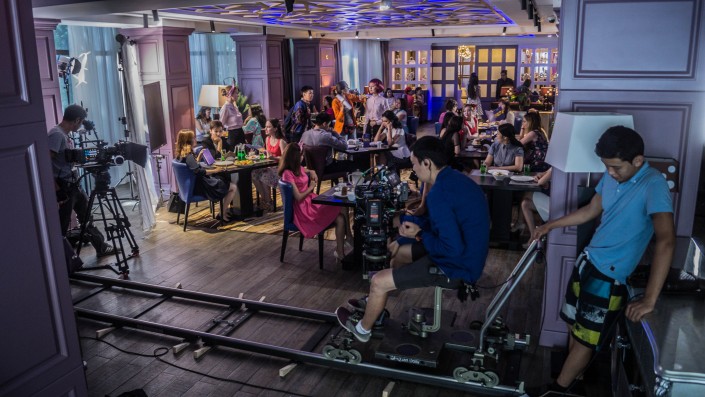 Photo from a film set

The project’s authors promise a lot of humour, romance and unexpected twists.

The Kazakh and Russian specialists known for “Kukhnya” (“Kitchen/Cuisine”), “Interny” (“Interns”), “Univer” (“University”), “Anzhelika” and other series are involved in creating this film, the report adds.

The creators stress that they want to show how hard it is for women to live in the modern world and how important it is to support them. Another film on the same topic, “Eh, Muzhiki” (“Hey, Men”), was filmed in Kazakhstan.

Women and men switch roles and men learn how to do manicures, go to fitness clubs and create culinary masterpieces. Women learn to fight, drink beer with friends and communicate with traffic policemen effectively.