By Zhanna Shayakhmetova in Culture on 11 July 2016

ASTANA – An appearance at the Astana Opera House has both national and international significance. Its productions amaze theatre goers of all ages and its marvellous building astonishes guests of the city. There is only one person who chronicles the artists’ daily routine and offers insight into a theatre environment. 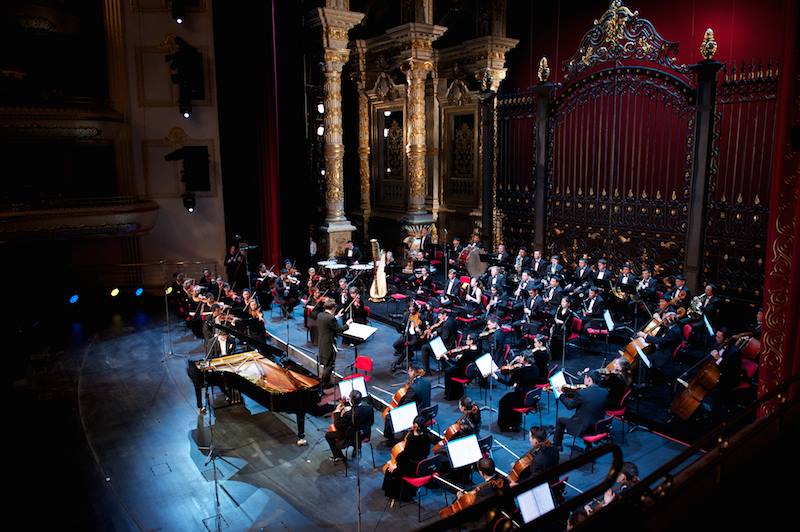 Theatre photographer Karla Nur, a designer by trade, mastered her art at Leonid Kuzminski School and won numerous awards in various contests. She worked for three years as a Vox Populi journalist and wrote 143 articles that made her famous as the first social reporter.

“Social journalism is special to me and I still work in this direction. Then I was invited to collaborate with an opera house; it was something really different for me. But when I came here, I understood the importance of my role in making a theatre’s history and collecting the archive. I started to work here from its opening and I am still incredibly delighted to be a part of its history. I am not just a photographer. I am here as a person who cares about her country and its destiny, as attending theatre contributes to education and culture as a whole,” said Nur in a recent interview with The Astana Times. 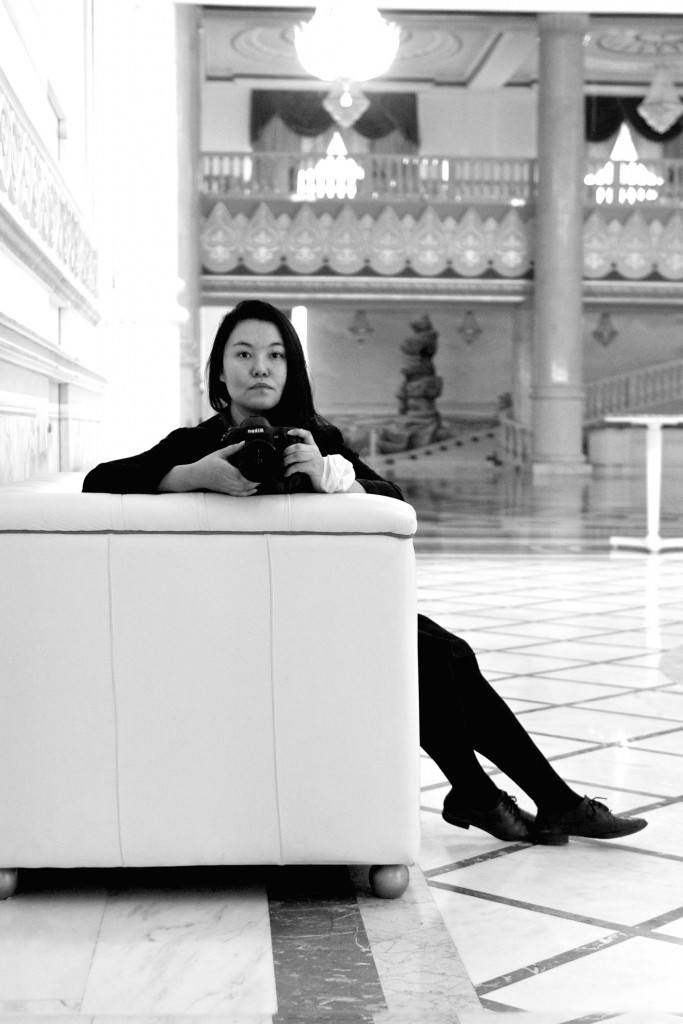 Preparations for a premiere, including scenery construction, drawing sketches, costume fitting and final rehearsal, are the most joyful moments. She believes her colleagues feel the same way.

“I’m always looking for a new angle in photography; due to this the play never becomes boring. I take photos behind the scenes, from the top and do portrait photos. To me, shooting here is a work and creative process at the same time. One man said to me ‘Who will do routine work?’ I consider those people doing the ‘invisible’ routine are part of the entire work, the results of which the viewer sees,” she said.

“A great advantage of my activities is an opportunity to meet and collaborate with such eminent maestros and well-known personalities as Pier Luigi Pizzi, Valery Gergiev, Yuri Grigorovich, Vladimir Spivakov, Anna Netrebko, Vittorio Grigolo and others. I am proud when they admire our country’s achievements and our artistic troupe. Our team is doing colossal work and the next generation will bear the fruits of this work. Those soloists who worked with such masters of performing arts will hone their skills and have their own vision of the play and this is important for the audience, too. The audience will listen to music and learn to distinguish perfect voices and understand classical music,” said Nur.

She admitted she never misses the productions and is madly in love with “The Nutcracker” ballet.

“Also, I would like to highlight the collaboration with Astana Opera Ballet Company Artistic Director Altynai Asylmuratova. I knew her before as a celebrated prima ballerina from Kazakhstan and I think how lucky I am to work with her. When we worked on the production of ‘Notre-Dame de Paris,’ it seemed that I also went through a training process together with the dancers. It was an immense experience,” she said.

Nur explained the nuances of her work. 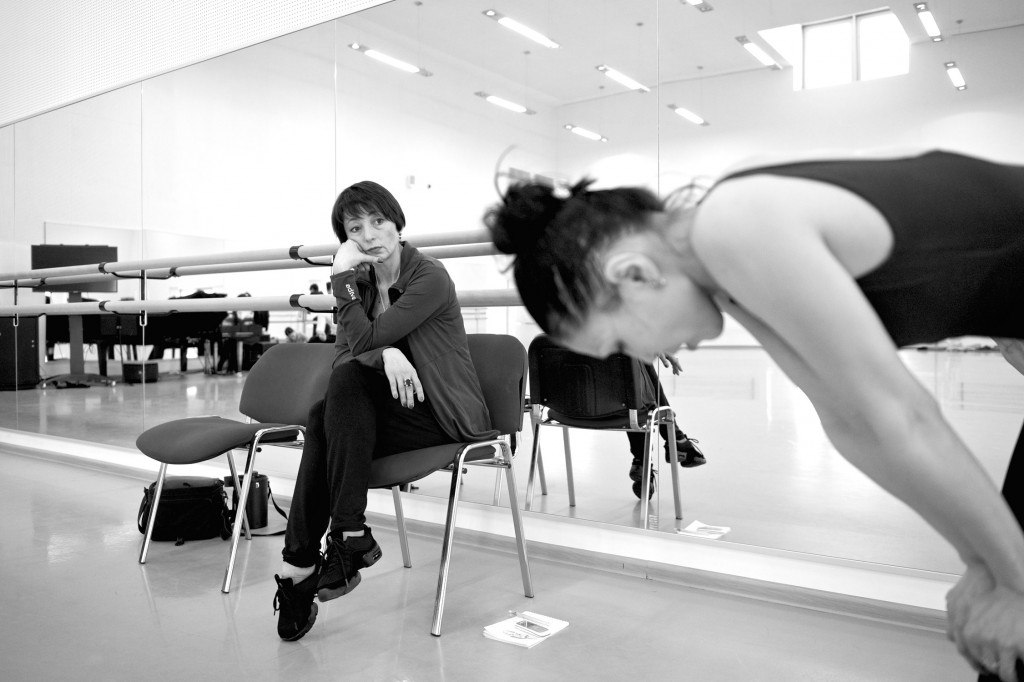 “We have strict rules concerning theatre shooting. When I enter the auditorium, I wear silent shoes and turn off the phone. While shooting, I never use a flash. I take photos mostly during the final rehearsals and when the orchestra performs loud music. People come to enjoy the play and we have no right to disturb them. The main requirement of our choreographers is that images should be not only artistic, but also be truly ballet photography. It is necessary to learn to take dance photos. I was even invited to take part in ballet classes to comprehend the ballet technique.” 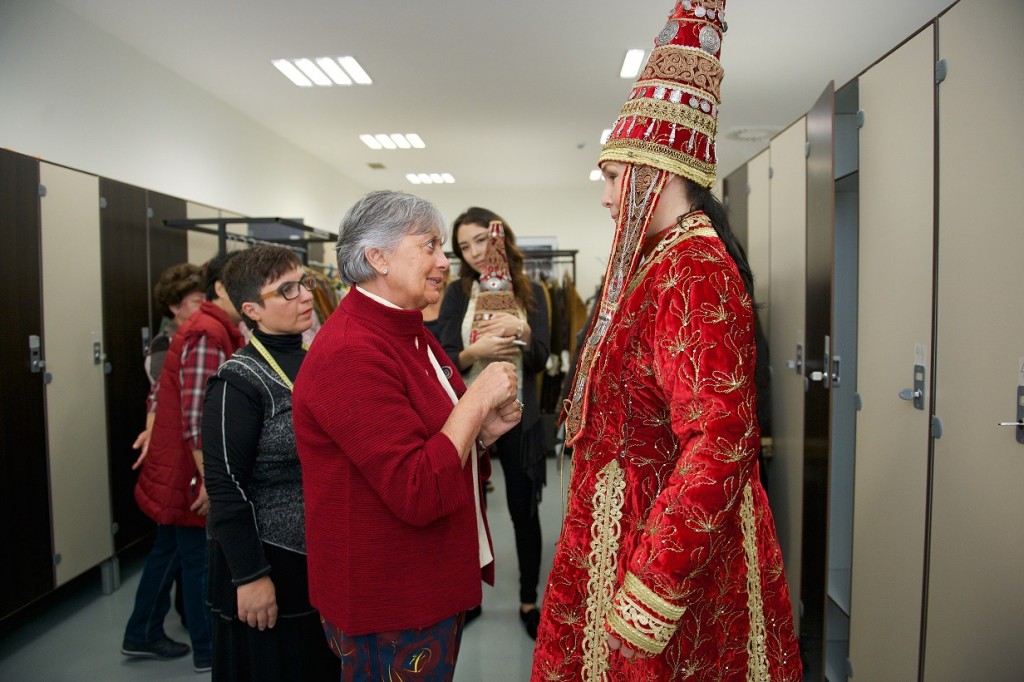 “I adore the costumes made by Oscar Best Costume Design Award winner Franca Squarciapino. She is a person of great talent. I am not a professional in stage fashion, but I just see how the colours fit together and it is incredibly beautiful. For instance, Azhar’s costume from the ‘Abai’ opera is exactly the outfit of that era and style. She studied the history of Kazakhstan and literally created the magnificent masterpieces. My favourite opera in terms of settings and costume design is renowned set designer Franco Zeffirelli’s production of ‘Aida,’” she said.

Through the camera lens, Nur witnesses how the spectators’ behaviour and situation in society has changed with the new theatre’s opening.

“I see only positive changes among the audience. But to me, the best viewer is my mother. She never misses a single premiere and watched the productions of other theatres via the Internet. She began to understand the music and is fascinated by opera. We have a lot of people who have music education, but most of our team has no music background, like stage workers, for example. But they see every play behind the scenes and it contributes to their education and development, too,” she said.

“I would like to do an exhibition in 10 or 20 years. After all those years, it will be a great collection of the rare and unique pictures from that period. As photojournalists say, a good story cannot be made in three days. Creating an interesting photo essay or writing a story may take years. The best moments and pictures are revealed within a one-year period. In this case, the display will be exceptional,” she said.