By Aiman Turebekova in International on 6 July 2016 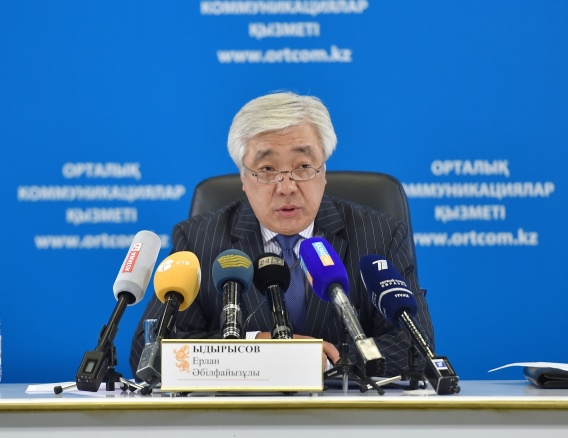 “I firmly believe that the main reason of our victory links closely with a number of deep and meaningful global and regional initiatives of President of Kazakhstan Nursultan Nazarbayev, as well as the objective recognition of the country’s achievements in socio-economic development and the implementation of a constructive internal and external policy,” the minister said.

He noted Kazakhstan’s activities in the Security Council during 2017-2018 will be based on priorities such as realising Nazarbayev’s anti-nuclear and anti-terrorist initiatives announced at the 70th session of the UN General Assembly and reflected in his manifesto “The World. The 21st Century.” The post will also provide the opportunity to focus on seeking solutions to the existing problems between the major powers and long-standing conflicts, primarily in Eurasia, Idrissov said.

Another important premise of Kazakhstan’s position is promoting global partnership for food, water, energy and nuclear security in the various regions of the world. 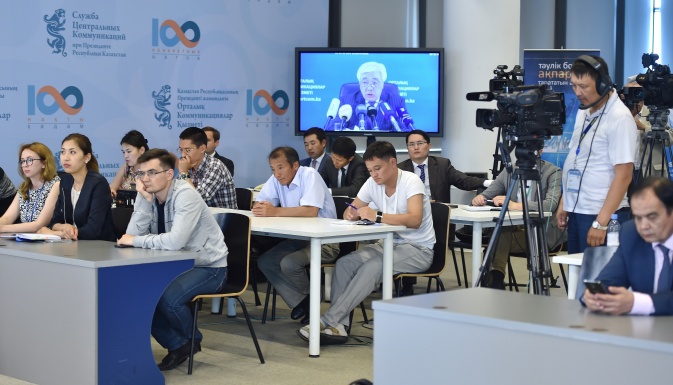 The involvement of the international community in solving Central Asian problems in the fields of regional security, combating terrorism and extremism as well as urgent economic and environmental issues are also among the country’s main priorities.

Idrissov emphasised while membership in the Security Council is designed to address key issues of peace and security, it also provides new opportunities to develop Kazakhstan’s cooperation with the council’s permanent and non-permanent members to strengthen cooperation with traditional foreign partners and cultivate relationships with new partners in Oceania, sub-equatorial Africa, Latin America and the Caribbean.

When questioned about the impact of the election on the country’s national prestige, the Minister stated the image component was not the leading aim of the Kazakh bid. The UNSC is the most powerful and influential body in the UN with the responsibility of protecting world peace and security. He noted sitting on the Security Council will enable Kazakhstan to shape the agenda and decisions for the best impact on the country and region.

Idrissov was also asked about the Nagorno Karabakh issue.

“The problem is complicated. The UN and the OSCE (Organisation for Security and Co-operation in Europe) approved relevant resolutions and efforts to find a peaceful solution to the Nagorno Karabakh conflict such as the Minsk group, co-chaired by France, the Russian Federation and the United States. I think there is no need to search for new mediators in resolving the conflict. The main challenge is to provide a clear implementation of these arrangements,” he said.

He also responded to a query about the recent terror attacks in Medina and Istanbul and the influence of those terrible events on tourism.

“Terrorism is a global threat with global effects that impact on tourism. Due to the warming of Russian-Turkish relations, the tourism flow will be rehabilitated; however, we are preparing an official statement regarding security of our people abroad and will provide recommendations on visiting some countries,” he said.

The minister further shared that the Senate of the Kazakh Parliament, in partnership with the Ministry of Foreign Affairs and Parliamentarians for Nuclear Non-Proliferation and Disarmament (PNND), will present the conference “Building a Nuclear Weapon-Free World” Aug. 28-29 in Astana.

“President Nazarbayev has an audacious dream to make the world nuclear-free by the 100th anniversary of the UN (in 2045). This is a tremendously difficult task. Nevertheless, we know his unique ability to achieve goals. We hope that we will actively promote this ambition. In this regard, we invite leading parliamentarians and prominent politicians, as well as religious leaders and civil society representatives from around the world, to the conference to discuss further steps mankind needs to take to advance meaningfully towards global nuclear non-proliferation and disarmament,” he said.

Michael Møller, Deputy Secretary General of the United Nations and Director-General of the UN Office at Geneva, Lassina Zerbo, Executive Secretary of the Comprehensive Nuclear-Test-Ban Treaty Organisation (CTBTO) and other influential figures have confirmed their desire to participate in the conference. It is expected also that The ATOM Project and its honorary ambassador Karipbek Kuyukov will participate in the event.

The last question was about a technical part of Kazakhstan’s membership, specifically regarding staff members who will serve in New York and at the ministry.

“Two years ago we created a special group, a so-called ‘task force,’ that consists of well-prepared and well-educated diplomats. However, we will provide training for our diplomats in cooperation with the UN to teach them all aspects of the work within the organisation,” Idrissov said.

Kazakhstan will join Bolivia, Ethiopia and Sweden for a two-year term beginning Jan. 1, 2017, becoming the first Central Asian country to be elected to the Security Council.  Election to the UNSC is a vote of confidence in Kazakhstan, showing the international community the country is a good and stable partner, experts both in the country and outside have said.