By Staff Report in International on 26 July 2016

Kazakh Senate Chairman Kassym-Jomart Tokayev met with the heads of international organisations July 13-15 during a working visit to Geneva, Switzerland. 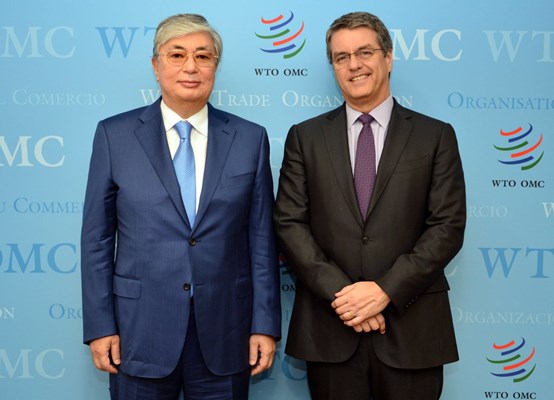 During a meeting with Michael Møller, Director-General of the United Nations Office at Geneva, the sides exchanged views on the international agenda as well as the work of the UN Conference on Disarmament. Møller congratulated Kazakhstan on being elected as a non-permanent member of the UN Security Council for 2017-2018 and wished the nation success in carrying out the mission, according to the Ssenate press service.

Tokayev drew Møller’s attention to the main provisions of President Nursultan Nazarbayev’s manifesto “The World. The 21st Century” and emphasised the importance of fully implementing the Universal Declaration for the Achievement of a Nuclear-Weapons-Free World, adopted by the UN General Assembly Dec. 7 at Kazakhstan’s initiative. Tokayev invited his counterpart to “Building a Nuclear-Weapons-Free World,” the international conference to be held Aug. 29 in Astana marking the 25th anniversary of the Semipalatinsk Nuclear Test Site closure and commemorating the UN International Day against Nuclear Tests. 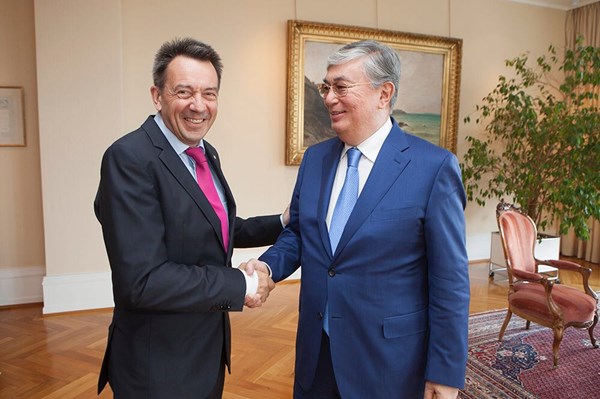 Major trends in global trade, economic reforms, investment policies and support for priority sectors of the economy were discussed with World Trade Organisation (WTO) Director-General Roberto Azevêdo. Tokayev conveyed Nazarbayev’s greetings and thanked the WTO chief for his fruitful participation in the ninth Astana Economic Forum in May. He also briefed Azevêdo on events dedicated to the June opening of EXPO 2017 in Astana.

The Speaker noted Parliament, in cooperation with the government and business community, regularly analyses the challenges and opportunities for the national economy resulting from Kazakhstan’s WTO membership. Tokayev added increasing competitiveness will remain a priority for the legislature in the new session. Following the President’s request, Parliament will consider a unified tax and customs code aimed at ensuring transparency of financial procedures and continue antitrust sector reform. 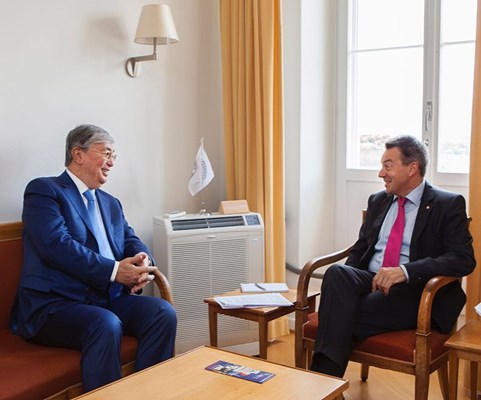 Tokayev also met with Peter Maurer, President of the International Committee of the Red Cross (ICRC). The former stressed the organisation’s crucial work to protect human life and dignity during armed conflicts, provide humanitarian assistance and develop and implement fundamental rules of international humanitarian law. Tokayev noted cooperation between Kazakhstan and the ICRC is of particular importance in view of the country’s election to the UN Security Council, as well as the increased participation of the its military personnel in international peacekeeping missions.

In speaking with Christian Friis Bach, Executive Secretary of the UN Economic Commission for Europe, the parties exchanged views on UN regional projects, especially the Special Programme for the Economies of Central Asia (SPECA). Tokayev discussed the problems of water management, rehabilitation of the Aral region, development of energy and other issues. He also briefed Bach on implementing the 100 Concrete Steps Plan of the Nation, aimed at the comprehensive modernisation of Kazakh economy and public life.