ASTANA – “The Plague at the Karatas Village,” a Kazakh film directed by Adilkhan Yerzhanov, will be shown at the Lima Independiente International Film Festival in Peru. The festival will finish on July 9. 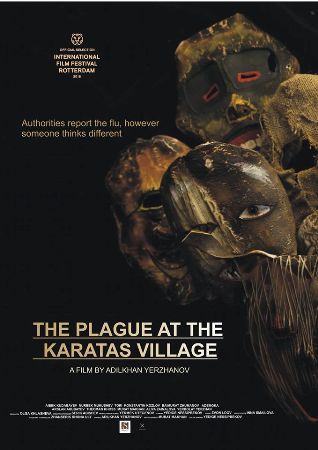 “It is not surprising that this year they have chosen ‘The Plague at the Karatas Village,’ to participate in the main competition. Peruvians’ mentality brings them closer,” said Yerzhanov, according to Tengrinews.

In the film’s storyline, a new mayor comes to the village from the city and tries to change the situation in the place by introducing his own reforms and rules. In addition, he finds a large part of the population is ill and suspects that they suffer from the plague. At the same time, local authorities officially say it is the flu, which tortures locals, and introduce vaccination programmes that are useless. “The newly-appointed mayor resists at first, but is slowly dragged down into a morass of corruption and abuse of power,” according to iffr.com.

This year, “The Plague at the Karatas Village” received the NETPAC Award as the best Asian feature film during the International Film Festival in Rotterdam.

The Calvert Journal also included the film into the list of new East films to look out for in 2016 by saying, “The unsettling, theatrical parable takes place in a timeless night-time of strange shadows, its dark and surreal atmosphere peopled by masked figures. The film’s modern-day resonance is clear.”

“Lima Independiente International Film Festival is the most important Festival in Peru for personal and innovative cinema around the world,” he said on filmfestivallife.com.