ASTANA – Executive Director of UNAIDS and Under-Secretary-General of the United Nations Michel Sidibe announced June 22 plans to establish a subregional office in Kazakhstan that will become a base for working with five Central Asian states. Sidibe met with Kazakh top officials on the matter and stated that the country has the opportunity to eliminate AIDS within its borders. 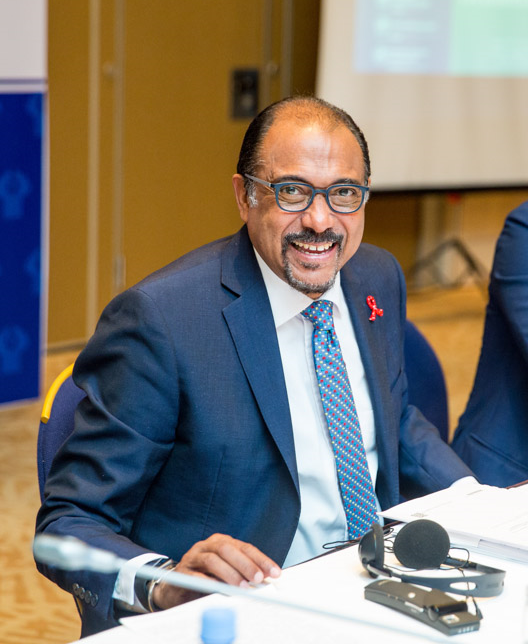 Michel Sidibe, Executive Director of UNAIDS and Under-Secretary-General of the United Nations

“The commitment of the Kazakh government is very strong,” he said after his meeting with Minister of Healthcare and Social Development of Kazakhstan Tamara Duyssenova. Sidibe also met Prime Minister Karim Massimov and other top government officials. He emphasised that the government finances AIDS programmes and has put 7,000 people into treatment.

The UNAIDS subregional office in Kazakhstan will help ensure that people in the region with HIV have access to treatment.

“All people with HIV must have access to treatment, because if such people get treatment, transmission of the virus to other people is almost impossible. This can stop the epidemic. This is a new approach to AIDS treatment,” said UNAIDS Country Director Alexander Goliusov.

“If we give access to treatment to all people with HIV, we reduce the possibility of transmission of the virus by 96 percent and save lives as well,” Sidibe said.

Both experts noted that the cost of HIV and AIDS treatment drugs are very high: $1,500–2,000 per person annually in Kazakhstan. The government is working on reducing prices, Goliusov said, to make treatment available to more people with HIV and HIV or AIDS-related conditions.

“The UN aims to end AIDS in 2030. But Kazakhstan has all opportunities to do it much earlier,” Sidibe commented.

UNAIDS is a Joint United Nations Programme on HIV/AIDS that works to ensure that no one is left behind in the response to HIV and that everyone in the world has access to life-saving HIV services.

The AIDS epidemic has defined the global health agenda for an entire generation. Ending the AIDS epidemic by 2030 is a central part of achieving the UN Sustainable Development Goals, the development agenda that world leaders signed up to last September.