By Kseniya Voronina in Business on 24 June 2016 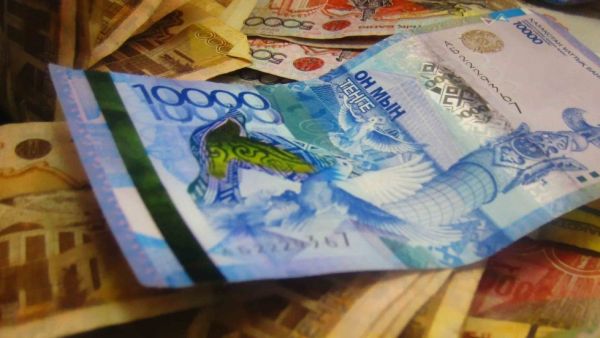 “The National Bank is the co-executive in two directions related to the allocation of funds from the Single Accumulative Pension Fund (SAPF). In 2016, there are plans to invest SAPF funds in the amount of 400 billion tenge ($1.2 billion) on market conditions in due debt securities of subjects of the quasi-governmental sector. As of June 17, pension assets have been invested in bonds of quasi-governmental organisations in the amount of 145 billion tenge ($431 million). One of the important elements of anti-crisis measures is a rational and efficient use of financial resources. The implementation of the plan of additional anti-crisis measures in 2016 revealed that part of the SAPF pension assets was not demanded by the quasi-governmental companies,” he said.

In his last sentence, Akishev was referring to 85 billion tenge ($252.8 million).

“In this regard, we support the need for reallocation of this sum to finance the working capital in the manufacturing industry. The National Bank, as the manager of pension assets of the SAPF, is not against joint use of the National Fund and the SAPF assets. And in order to reduce the cost of borrowing under the mechanism, we will be mixing rates,” he said.

On one hand, he noted, the action will help to protect the interests of depositors; on the other, reduce the cost of lending in the real sector of the economy.

As part of the plan of additional 2016 anti-crisis measures, the SAPF mechanism of distributing funds is being used by the National Bank and other banks; it was as transparent as possible, he said. The banks could independently assess the amount of funds which they could access.

“The mechanism of the distribution of funds fully takes into account the ability of banks for allocation of resources and provides safety and recoverability of pension assets of banks-participants of the programme that must necessarily have a portfolio of small and medium-sized enterprises (SMEs) loans and relevant work experience,” added Akishev.

In general, banks were offered approximately 200 billion tenge ($595 million) for spending, but only 94.4 billion tenge ($280.0 million) has been disbursed to date. The reasons for the partial use of funds are the high cost of resources and the conditionality for financing SME needs.

“Since the banks have not shown sufficient demand for the provided resources, I believe that they also may be redistributed in other areas. At the same time, I note that the protracted allocation process among the banks was not the full competence of the National Bank and may not be completely monitored, as the necessary decisions must also be made by the board of the National Fund and the government accordingly. I believe that there is no delay in the development of resources and all activities were carried out in a timely manner,” said Akishev.

“Last week when I was at Atameken, I met separately with some bankers. They talked about this issue a lot and had different opinions and statements. Therefore, let us agree that together with you, the bankers and the Atameken hold a separate meeting. On the readiness basis, through the chairman of the National Bank we will sort out all these issues, because there are too many misunderstandings,” he said.