By Malika Orazgaliyeva in Nation on 9 June 2016

ASTANA – June 9 has been declared the National Day of Mourning dedicated to those who lost their lives during the June 5 terrorist attacks in Aktobe city. In preparation, Kazakh President Nursultan Nazarbayev signed the order and addressed the people of the nation June 8. 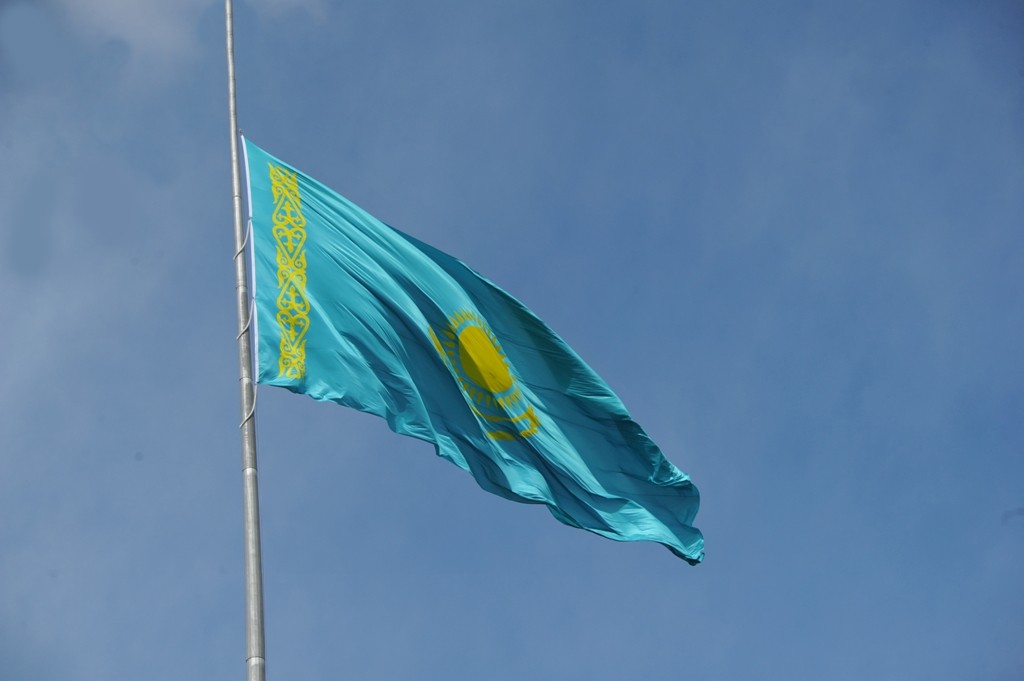 “As you are aware, there was a terrorist attack in Aktobe on June 5. Law enforcement authorities have taken the necessary measures to suppress this criminal action, to destroy and neutralise the terrorists. On my instructions, a special interdepartmental investigative team headed by the Minister of Internal Affairs has been working. The investigation has been conducted under the personal supervision of the Attorney General,” he said in his address.

“All the attackers will be prosecuted to the fullest extent of the law. According to the information that we possess, this terrorist act was organised by supporters of radical pseudo-religious movements. They received their instructions from abroad,” the President said.

“Because of the attack, unfortunately there are dead and wounded among the military and civilians. They have families and children. I express my deepest condolences to all the bereaved families and relatives. I declare Thursday, June 9, a day of national mourning for the victims. On my instructions, the Ministry of Internal Affairs and Akimats (regions and cities administration) have to provide comprehensive assistance to the families of those killed and injured,” the statement said.

“The law enforcement personnel have sacrificed their lives to stop terrorists. They displayed professionalism and loyalty and demonstrated heroism and patriotism. I want to emphasise the high level of order and efficiency of the police and the National Guard. During the difficult moment, the residents of Aktobe remained calm and did not succumb to panic and provocation,” added Nazarbayev.

National Security Committee Chairman Vladimir Zhumakanov briefed the President earlier in the day on the current situation in Aktobe. Thirteen criminals connected to the shootings were killed and 14 were injured, he said.

Twenty individuals refused to take part in the preparation of the crimes, all of whom were identified and questioned by committee officers, he added. Security forces are searching for six additional suspects who, according to available information, are located in the Aktobe region, added Zhumakanov.

Earlier reports indicated the terrorist act was organised by supporters of radical pseudo-religious movements on instructions they allegedly received from abroad. Nazarbayev noted the incidents occurred on the eve of Ramadan, the holy month for Muslims worldwide. He added all the perpetrators will be prosecuted to the fullest extent of the law.

“Extremism and terrorism have threatened the security of not only our country, but also of the whole world. The people of Kazakhstan fully understand strengthening the anti-terrorism measures taken by law enforcement agencies across the country. Today, there is no cause for concern for our citizens. At the same time, I urge people to be vigilant, to resolutely stop all incitement to violent illegal acts and to help law enforcement agencies,” Nazarbayev said.

“Knowing that our country has liberal public policies and laws, some people wanted to test the strength of our state,” he continued. “Let me be clear that the government will take the most stringent measures to suppress extremists and terrorists. The state has all the necessary capabilities and power to combat this threat. We all know that the so-called ‘colour revolutions’ use a variety of different methods and begin with contrived rallies, murder and the desire to seize power. These methods have manifested themselves in our country. In countries where these revolutions succeeded, there is no longer a working state and stability, only rampant poverty and banditry that create conditions for the emergence of extremists and terrorists. The economies of these countries have gone backwards by many years.”

I urge all the people, as well as all the political and public organisations, to unite and to show that we will defend peace, stability and friendship among all the people of Kazakhstan. The government will take additional measures against those who seek to undermine our society and country,” Nazarbayev stressed.

Earlier the Ministry of Internal Affairs stated the firefights led to the deaths of four civilians and five police officers were injured while detaining the criminals. Three soldiers were killed and six were injured by the criminals in an attack on a military unit.

No additional incidents occurred in Aktobe during the last few days, public transportation has resumed and many shops have reopened, noted the Ministry’s press office. The National Security Committee is maintaining a red-level terrorist alert in the city and yellowlevel across much of the rest of the country.

“In general, the situation in the city, as well as the whole country, is stable and under control. The law enforcement agencies of Kazakhstan are in emergency mode,” the President said in the address.