ASTANA – In an exclusive interview with The Astana Times, Aktobe bus conductor Aigul Zhumabayeva details how she and her husband, driver Murat Issekenov, were forced at gunpoint to drive the bus that attacked the National Guard station during the deadly June 5 attacks in Aktobe. 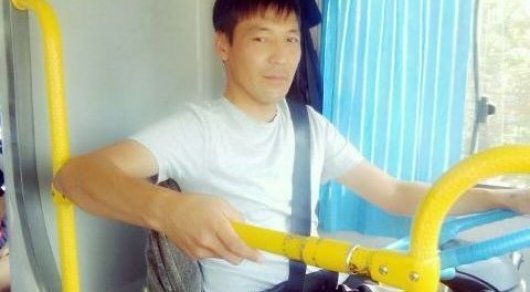 “The day started as a regular routine,” Zhumabayeva told The Astana Times, recalling the moments before being caught up in the violence that ultimately claimed the lives of three Kazakh soldiers and four civilians when assailants attacked two weapons shops and the National Guard station. “We didn’t have too many passengers that day, just a couple.”

As the couple drove their regular route, their bus was blocked by a police car engaged in a clash with the assailants. “At that moment, we heard gun shots. Everyone laid down,” she said. As her husband struggled to unbuckle his seatbelt, a group of armed attackers boarded the bus and began shouting for Issekenov to take them to the military base.

“I was shocked and I don’t exactly remember what was happening. They ordered everyone out; they were threatening us with guns. They told me to get off the bus, but I said the driver was my husband,” Zhumabayeva told The Astana Times. “I didn’t want to leave my husband with them, but they surrounded me and threatened me with guns. They told me they would shoot me if I didn’t leave. Witnessing all that, my husband talked me into getting off the bus.”

After Zhumabayeva got off the bus, the assailants told Issekenov they would kill him if he didn’t drive them to the National Guard station.

“They said [runover] anything that stands in the way [of the bus],” Issekenov told other media. “But I tried to avoid collisions and hitting people. When we got to the gates of the base, they told me to storm the gates or else I would die…” he said.

“When I stormed through the gates, I deliberately stalled the engine. I thought the guards would react and not let us inside the base. But the terrorists opened fire. They were shooting right above my ear. I was stunned and blinded for some time. At some point I felt I was unconscious.”

The attackers then left the bus, storming the military base while yelling, “Allah Akbar,” Zhumabayeva recalled her husband telling her.

Issekenov escaped the bus as the attackers exchanged fire with the National Guard security forces.

Meanwhile, after being forced off the bus at gunpoint, Zhumabayeva had flagged down a passing car and asked the car to follow the bus. “They stopped right before the military base and I saw the bus storming the gates. Then my husband called me,” she recollected.

“I was shocked when I got off the bus, I wanted to get back to the bus but I don’t exactly remember what I was doing. I thank the Almighty that my husband is alive. I just want a peaceful sky over our heads in Kazakhstan,” she said.

After the incident, the couple went to their home town of Kobda in the Aktobe region with their 5-year-old daughter. Issekenov is currently in a hospital recovering from post-traumatic shock but still having headaches. Memories of the assault and images of the terrorists continue to haunt him, said Zhumabayeva.

At press time, anti-terrorism operations continue in Aktobe, which has been the site of continued deadly clashes with suspected attackers in the five days since the initial attacks. Eighteen suspects have been killed either in the initial attack or in the clashes that have followed. Thirty-nine people have sought medical assistance, all in all, including 16 who were hospitalised. Aktobe’s 400,000 citizens are being told to stay inside their homes as the city is still under the red state of alert.

Life in some parts of Aktobe has returned to a more normal life, but for those who witnessed the attacks, such as Zhumabayeva and Issekenov, the recovery is just beginning.