By Kamila Zhumabayeva in Nation on 14 June 2016

ASTANA – Five Almaty men formed an uneasy human chain to rescue a dog that fell into Sairan Reservoir and could not escape due to the steep slopes. The video detailing the operation shot by an eyewitness has gathered millions of views on social media. 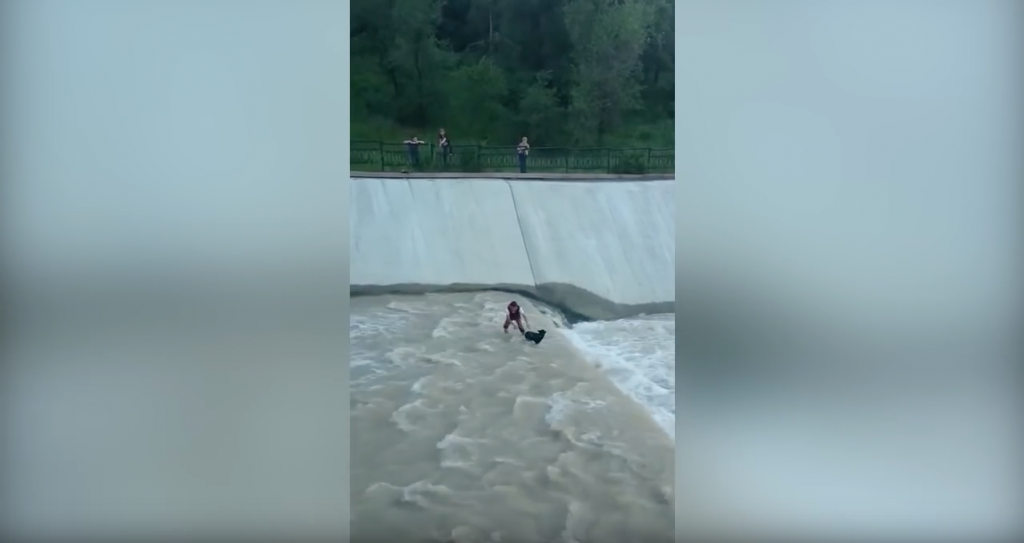 The rescue, which Maryana Khadeyeva filmed on her smartphone and posted on YouTube, shows a frightened pooch that got caught in a strong current and struggled to stay still.

Stuck in the middle of the running water, the dog could have been trapped for a long time or carried away into a weir had his owner not rushed into the water, reported Perviy kanal (Channel One Russia). The young man slowly and carefully approached his dog, grabbing him by the scruff of the neck and dragging to the water’s edge.

Unable to climb the slippery incline or place his dog on the land, the man waited for another person to join the human chain reaching from the railings on top of the bank to the waterside. Passers-by and fishermen formed the chain by linking their hands together and carefully sliding down the concrete slope.

When one more man joined the row, it became long enough for the owner to reach his pet, grab him and pull him to safety. All the rescuers were safe and happy to have lent a hand. News sources report the way the dog ended up in the water was not revealed. 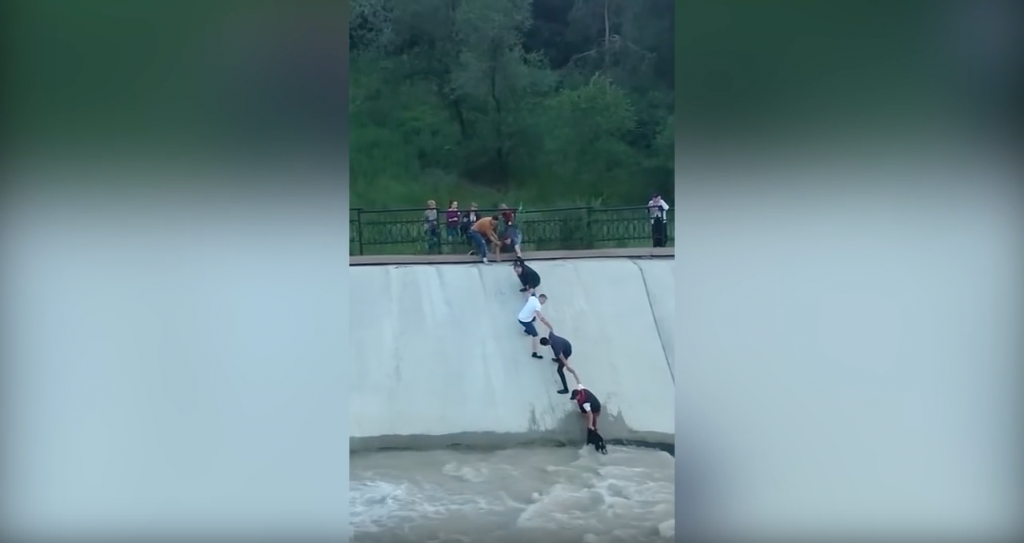 The video of the touching rescue operation was posted on the Club Dobryakov Almaty (Almaty’s Club of “Kind Souls”) Instagram page, which thousands watched in one day. The video later went viral, evoking heartfelt emotions and praises from users.

“It was very scary for a dog, especially when it began to slide down. But the guys were really good!!!! They did not pass by and the first guy did not hesitate to descend into the icy water. There are still indifferent people in our world! Fine fellows!!!!” You Tube user Anastasiya (last name unknown) noted on Khadeyeva’s video post.

The video even reached foreign commenters on other social media.

“Yes, we love to see videos like this! Thank you to all from this group!” wrote Sybilla Lazaj Aubree on the Facebook post that as of June 13 had gathered more than 21 million views and nearly a quarter million shares.