By Malika Orazgaliyeva in Nation on 12 June 2016

ASTANA – Kazakh security officials announced June 12 that they have killed or arrested all suspects involved in the June 5 attacks in Aktobe city and have lifted the red terror alert imposed on the city following the attacks. 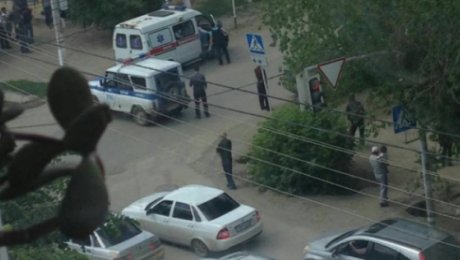 The last suspect, Arsen Tanatarov, was detained June 12 after the Aktobe Regional Anti-terrorist Centre received information about the possible location of criminals in the area of Zhamankulov and Pushkin streets, according to Kazakhstan’s National Security Committee (KNB).

He was captured at 9 a.m. and no civilians were injured in the operation, said Ministry of Internal Affairs spokesman Almas Sadubayev.

“In total, security forces have killed 18 terrorists, nine were arrested and 23 units of weapons were seized, announced KNB Deputy Chairman Gen. Nurgali Bilisbekov, according to inform.kz. Twenty-five criminal cases related to the June 5 attacks have been combined into one criminal case. At the moment, an investigation of all circumstances of the terrorist act is continuing.”

In his words, after attacking and stealing weapons from two Aktobe weapons shops, the terrorists planned to attack local penitentiary facilities and state bodies.

The weapons shops attacks and an attack on a National Guard station in the western Kazakh city killed three Kazakh soldiers and four civilians. Authorities have said the attacks were motivated by religious extremism.