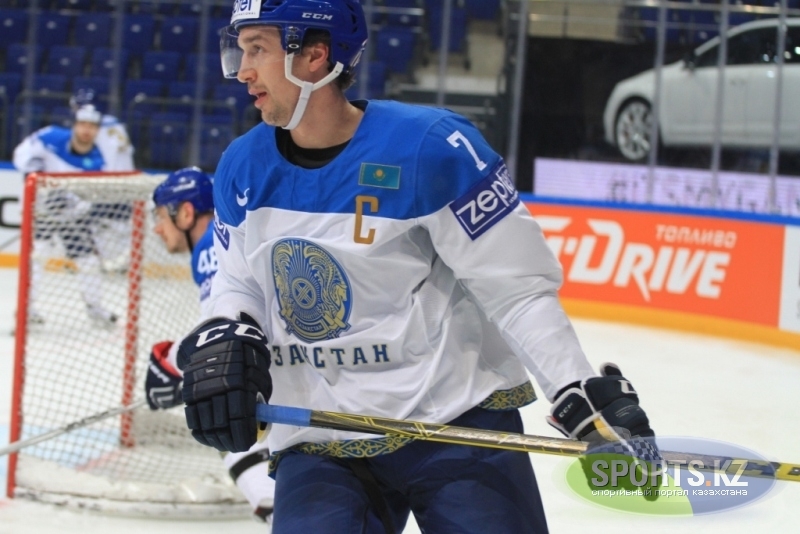 ASTANA – The eighth attempt in history for the team of Kazakhstan to stay in the International Ice Hockey Federation (IIHF) World Championships Top Division, which this year is taking place in Russia, proved unsuccessful.

Having started the tournament with a victory over Switzerland and a very decent game against the hosts of the tournament Russia, the Kazakh team was not able to fulfil its goals.

The Kazakh team was hurt by the absence of one of Barys Astana leaders – Canadian Kevin Dallman, who left the team’s site just before the tournament in Moscow.

In the third game of the tournament, the team coached by Andrei Nazarov lost to Norway 2:4. But it was an even bigger challenge in the following game – Sweden, one of the biggest brands in men’s ice hockey.

Kazakhstan started the match pretty well and conducted a number of dangerous attacks. However, the team failed to score, and then missed an opening goal from Swedish forward Mikael Backlund and three minutes later came a goal scored by forward Dustin Boyd in the last seconds of the opening period cut the gap to two goals.

In the second period, Gustav Nyquist restored the three goals advantage to his team, after which the Kazakhs substituted the team’s main goaltender Vitaly Kolesnik with Pavel Poluektov. However, the Swedes scored twice with Alexander Vennberg and Linas Omark writing their names down as scorers. 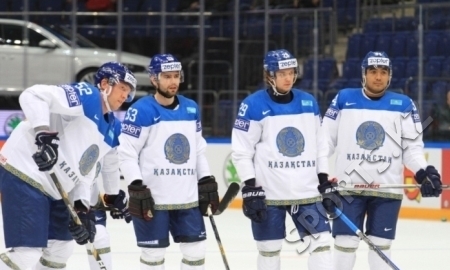 The final period meant little but honour. Kazakhstan managed to score two goals in it courtesy of the efforts of Vladimir Markelov and Roman Savchenko. However, the latter’s beautiful goal from the blue line served as little consolation to the subdued Kazakhs in this unfortunate game. Nykvist completed a hat trick next and it all ended 7:3 for Sweden.

In its fifth game at the worlds, Kazakhstan gave way to the Czech Republic. As befits a much stronger team, the Czechs attacked from the referee’s first whistle in the match had their way. In the second period, the game was close. Kazakhstan had a lot of opportunities to equalise but did not succeed. The final period began with a goal from Tomas Plekanec, and Nigel Daws managed to return some intrigue into the game, which was, however, ended by Robert Kousal  1:3.

The match against Latvia was the most important for Kazakhstan in the group tournament as only a victory could allow Kazakh hockey players to retain chances to play in the top flight next year. Also, many remembered that a few years ago, it was Latvia who deprived Kazakhstan of a chance to make it to the Winter Olympics in Sochi. But revenge is yet to come.

The scoring was opened by Kazakhstan’s Nikita Ivanov in the fifth minute of the game: picking up the puck at the blue line of the zone and dragging it through almost an entire pitch, he opened a score with a beautiful strike into the net behind Latvia’s goaltender Elvis Merzlikins.

In the second period, in the 36th minute of the game following Savchenko’s miss, Kaspars Daugavins popped up one on one against Kolesnik and equalised the score.

It all ended late in the third period. At the 55th minute, Bicevskis rolled out from behind the net and Kolesnik, hitting the strike from close range into the far corner from the goalkeeper.

Kazakhstan’s team Captain Roman Savchenko commented on the outcome of this meeting. “We played well, but in the key episodes of the game the opponent was stronger. It is a pity that we have not coped with the task. We are grateful to the fans who support us in every game and throughout the tournament.”

The last match against Denmark no longer had any significance for Kazakhstan’s place in the table. The Kazakh team failed in this game but lost with a score of 4:1. Thus, Kazakh hockey players for the fourth time in succession were demoted from the elite division of the World Championship.

“We had little to gain from the match so we decided to give playing time to the younger players. In some things they succeeded, in some they did not. There were moments that surprised me and there were those who are disappointed,” Nazarov said.

Now, Team Kazakhstan returns to Division I Group A to prove once again that the team deserves a new return to the top flight of the IIHF World Championships. The tournament will be held in April 2017 in Kiev, Ukraine.