Over 700,000 Containers Per Year to Travel China-Kazakhstan-Turkmenistan-Iran Railway by 2020

By Kamila Zhumabayeva in Business on 7 May 2016 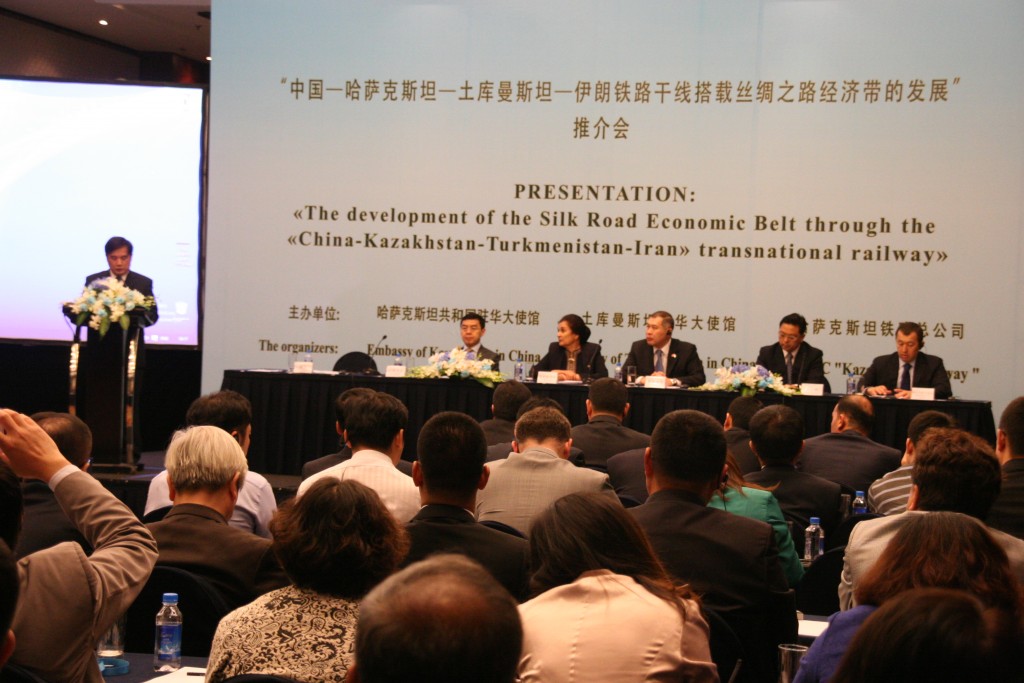 ASTANA – More than 700,000 containers per year will be transported along the China-Kazakhstan-Turkmenistan-Iran transnational railway by 2020, Vice President of Kazakhstan Temir Zholy Kanat Alpysbayev recently announced.

According to him, creating unimpeded passage of trains, increasing the moving speed of container trains to more than 1,000 kilometres a day, providing favourable tariff terms, as well as expanding transport and logistics line of services will become major factors in increasing transport container activity.

“Of course, Kazakhstan’s transport and logistics infrastructure development is being considered by our partners as the main factor of success. Great attention and interest were shown to Khorgos – East Gate special economic zone development. All these matters were discussed, plans were outlined and work will continue on their realisation,” Alpysbayev noted.

The company vice president also told the meeting of transit officials about the potential of China-Kazakhstan-Turkmenistan-Iran railway.

“Its potential constitutes more than 700,000 containers per year as of today, according to experts’ evaluation. We plan to achieve this figure by year 2020,” he stressed.

Alpysbayev reminded that Kazakhstan and China have two railway transitions that can ensure cargo trans-shipment of more than 40 million tonnes a year.

“Additional transport and logistics centres, which will allow to implement distribution, consolidation and other cargo trans-shipment services are being created throughout transport corridor. Transit transportations are the most promising for us,” he concluded. “If revenues from transit amounted to about 23-25 percent two years ago, last year we reached over 30 percent. Transit taking more than 50 percent from freight transportation in the income structure by 2020 is our task.”