By Malika Orazgaliyeva in Nation on 5 May 2016

ASTANA­ – Citing a failure of the government to adequately explain four elements of the nation’s new Land Code relating to the sale and lease of agricultural lands, Kazakh President Nursultan Nazarbayev placed a moratorium May 5 on those elements until 2017. 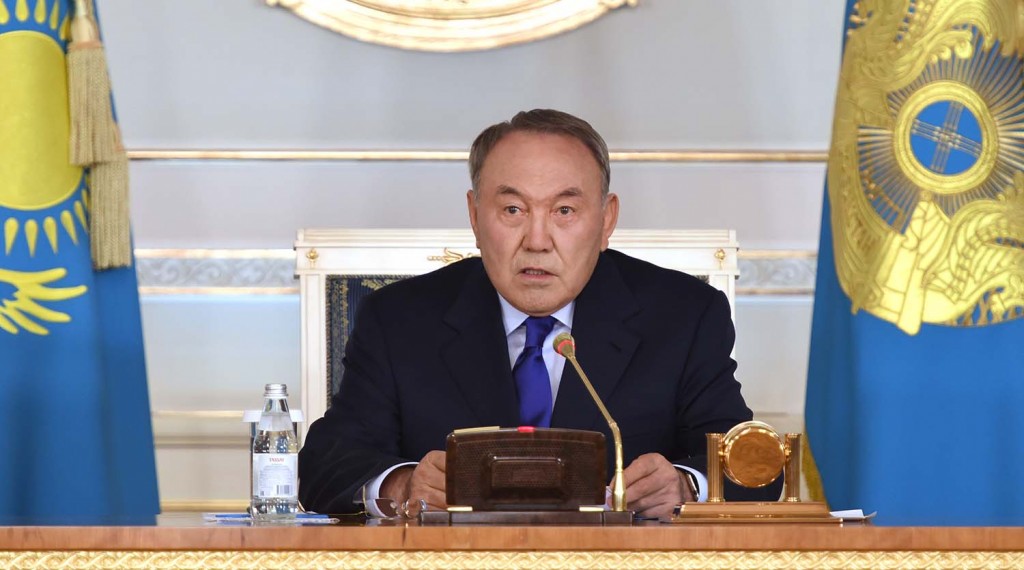 Speaking at a specially convened high level meeting with parliamentary leaders and government officials, the President said the government instructed to set up a Commission on Land Reform that will hold public meetings between now and 2017 to better explain those elements. He added the moratorium will be lifted if its measures are adequately explained to the public and won’t be lifted if satisfactory solution is not found.

“I instruct the government to clarify all the details. If you do manage to explain to the people, we will remove the moratorium. If not, then not,” Nazarbayev said during the meeting held at the Akorda presidential residence convened following several protest rallies in cities across the country over the past two weeks.

“You had to bring [information] to the people who do not understand that there is no sale of agricultural lands. It was complete speculation, which means that we did not bring the point to the concrete target groups. However, the mechanisms and rules of the adopted law were not widely discussed with the public. Anxiety and concerns of the people are justified in many ways. It is not correct if Kazakhs do not understand and do not trust the taken decisions. That means that society has doubts on a number of legal provisions on this issue,” he added.

According to Nazarbayev the Commission on Land Reform under First Deputy Prime Minister Bakytzhan Sagintayev will help explain the land code to the public and work on reaching the common understanding of its priorities.

Current Minister of National EconomyYerbolat Dossayev, 46, who had served in the position since Aug. 6, 2014, also resigned during the government meeting. His deputy, Kairbek Uskenbayev, was also to be dismissed from his position, while Minister of Agriculture Assylzhan Mamytbekov was reprimanded.

Nazarbayev also announced numerous other decisions at the same meeting.

Secondly, a new government entity, the Ministry of Information and Communication is to be established. It will be charged with monitoring the media, including the Internet and social media in order to ensure adequate and timely government reaction to problems being raised there. It will further study and analyse the most acute issues for the people and develop state information policies, as well as coordinating information-related activities of government bodies. It will also work to attract investment and technologies to develop the media and will be charged with ensuring information security.

“The people of Kazakhstan do not want Ukraine scenario, I know that,” the President told the meeting referring to the social and political upheavals in that country over the past two years and promising to take “the toughest measures” to those who would want to bring similar developments to Kazakhstan.

According to Nazarbayev, the new ministry will also work to communicate government’s positions not only through the media, but also through non-governmental organisations. Significantly, the new minister will be appointed by the President, as are the ministers of defence, internal affairs and foreign affairs, which would mean his or her special and higher status and level of responsibility.

The meeting gathered the chairs of the Senate and the Mazhilis (lower house) of the Parliament, the prime minster, the head of the presidential administration and other government members and ministers.