By Aiman Turebekova in International on 5 May 2016

ASTANA – Kazakhstan supports the New Silk Road and One Belt, One Road initiatives and is implementing its own economic policy – Nurly Zhol – in accordance with the long-term vision of President Nursultan Nazarbayev, stated Ambassador of Kazakhstan to the United States Kairat Umarov at the April 28-29 Trans-Caspian Trade and Transit-Corridor East-West forum at the School of Advanced International Studies (SAIS) of Johns Hopkins University. 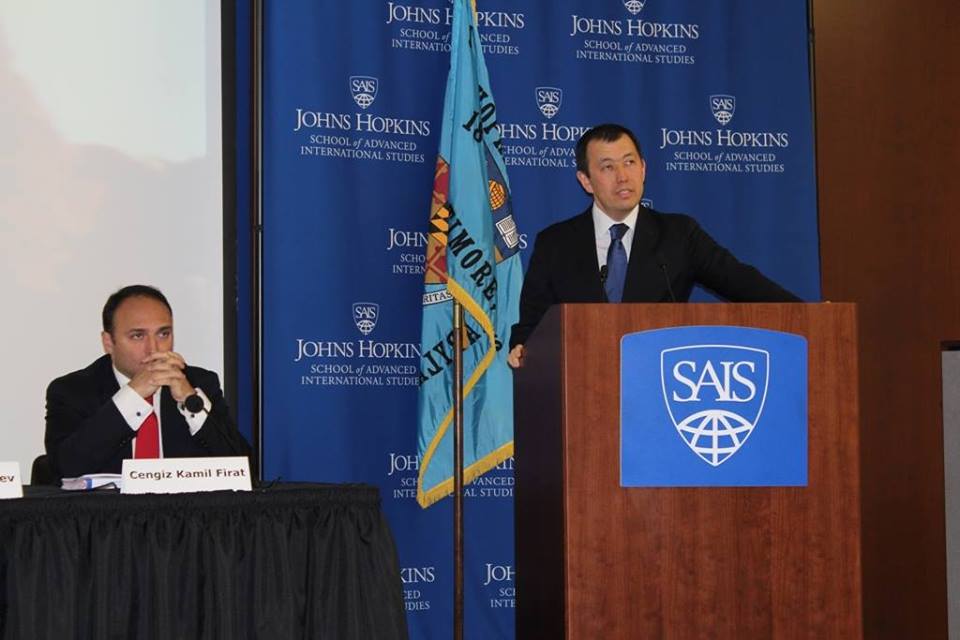 As reported by the press service of the Foreign Ministry of Kazakhstan, more than 200 business and regional experts attended the event, which was organised by the embassies of Kazakhstan, Azerbaijan, Georgia and Turkey to the United States with the support of the World Bank, business associations and corporations.

U.S. Deputy Assistant Secretary of State Kurt Tong said he encourages U.S. efforts to renovate the infrastructure of countries in the region, to open transport corridors as well as to diversify the economy. According to him, the U.S. initiative for ministerial dialogue C5+1, aimed at the development of trade and economic relations between the U.S. and five Central Asian countries, also contributes to a more effective use of trade routes and logistics centres opening along the new Silk Road. 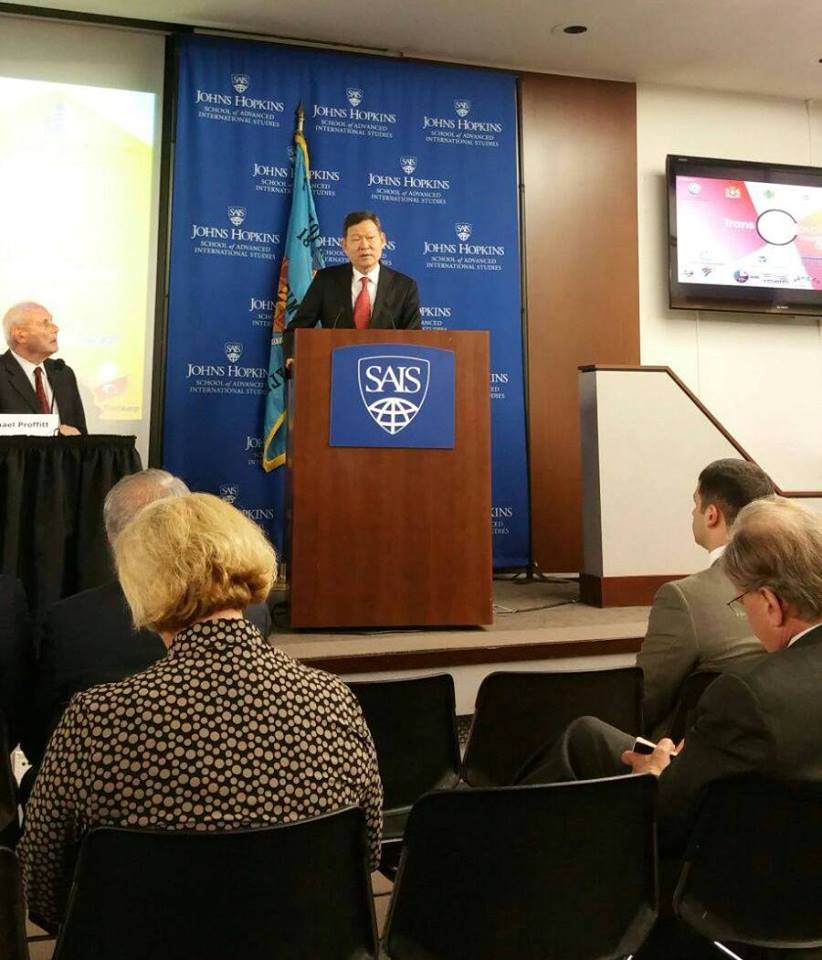 “Modernisation of infrastructure has been developing rapidly in Kazakhstan, aided by timely implementation of the programme documents of development,” said Vice-President of Kazakhstan Temir Zholy (KTZ) Kanat Alpysbayev. Positioning Kazakhstan as a bridge between East and West as well as North and South, KTZ’s representative discussed construction of the Khorgos-Eastern Gate Special Economic Zone as well as modernisation of the Aktau port and the opening of a logistics centre in Kazakhstan and construction of new railways.

Each delegation, which included representatives of state bodies and national companies, gave a single promise that through the joint reduction of transit fees, simplification of customs procedures, as well as improving the efficiency of logistics operations, ground transportation of goods between China and Europe is becoming more competitive.

In this regard, American logistics, infrastructure and high-tech companies have been invited to participate in the implementation of infrastructure projects and the use of trade routes in Eurasia. Vice-President of the U.S. Chamber of Commerce Gary Litman confirmed the readiness of American business to be engaged in a dialogue with governments of the region on the use of opening business opportunities. 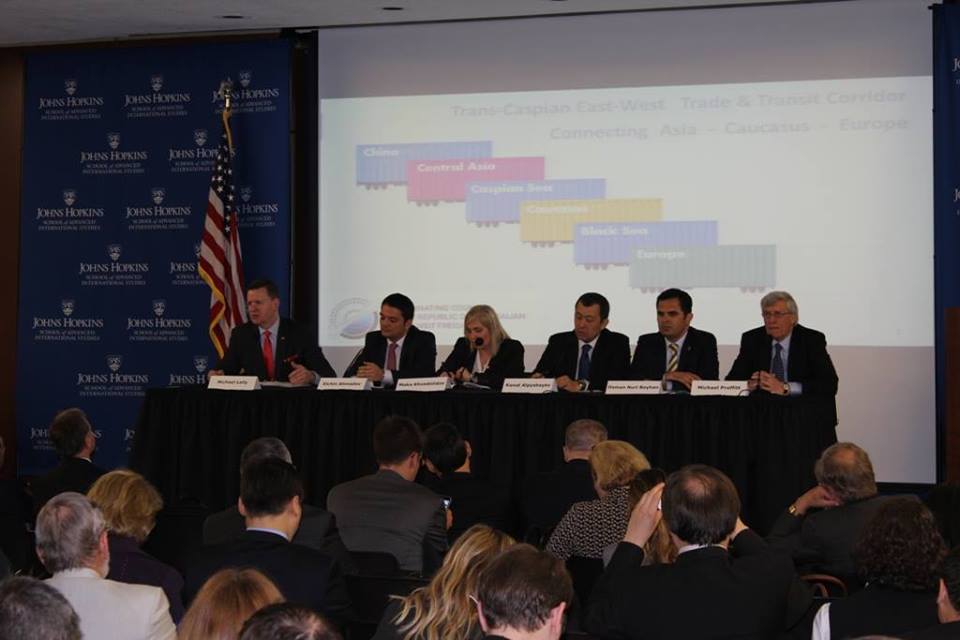 Given the success of the event, one of its initiators and moderator, Chairman of the Central Asia-Caucasus Institute at SAIS Fred Starr, offered to hold this forum on an annual basis in Washington. Participating countries reacted positively to this proposal.

According to the foreign ministry of Kazakhstan, delegates of the four countries also briefed the U.S. Congress on April 29 about economic processes in Eurasia. Their colleagues from the State Department reaffirmed the U.S. commitment to long-term cooperation with Kazakhstan, Azerbaijan, Georgia and Turkey for the implementation of existing plans, initiatives and infrastructure projects.