The Kazakh national hockey beat the Swiss national team in a shootout May 7 to win its first match of the International Ice Hockey Federation (IIHF) World Championships. This year’s championships are being played in Moscow and St. Petersburg, Russia. 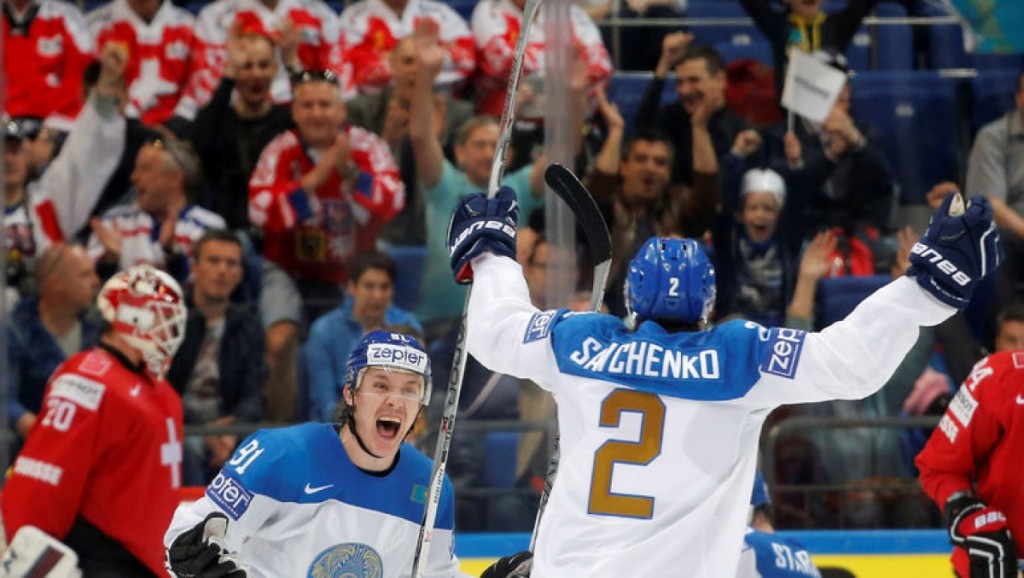 The win for the Andrei Nazarov-managed team earned them two points in Group A against the Swiss, who won silver medals three years ago in Sweden.

In the starting period, the Swiss twice put the puck into Vitaly Kolesnik’s goal. While Sven Andrighetto’s goal was not approved by the officials, Samuel Walser’s attempt was recognised valid making the score 1:0.

Kazakhstan’s Roman Savchenko responded with a goal to tie the game at 1:1.

“It is good that I scored such a lucky goal. It happens if there is a focus on hitting the opponent’s goal,” Savchenko said after the game. 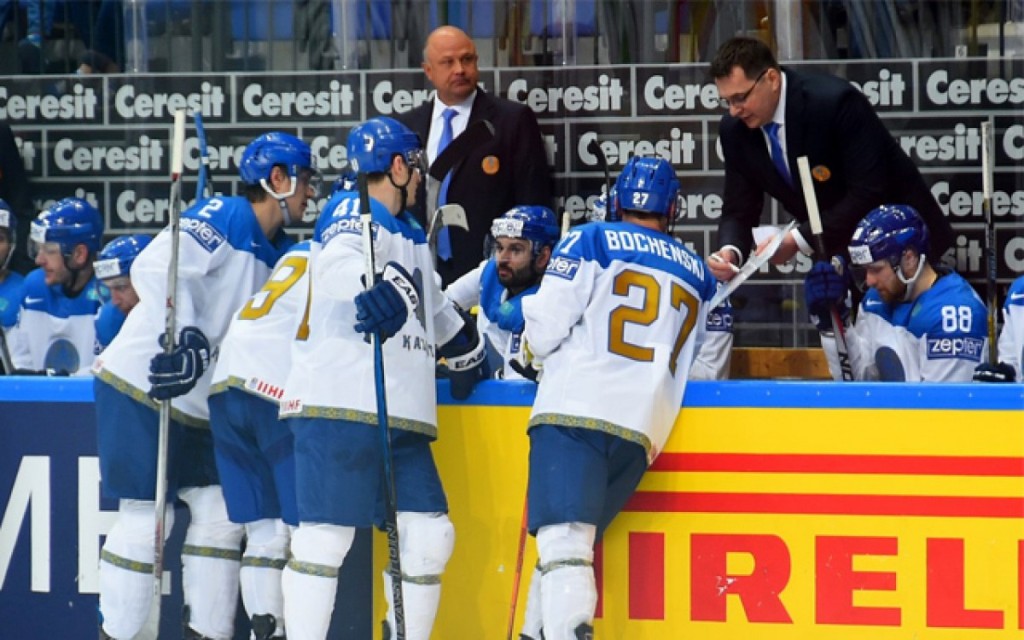 And overtime period did not break the tie and a shootout was held. Kazakhstan turned out the luckier one and thus earned its first two points at the tournament. Hollenstein and Starchenko were recognised the best players of the match.

The victory over the Swiss became the first one for the Kazakh team in the top flight over the past 11 years. 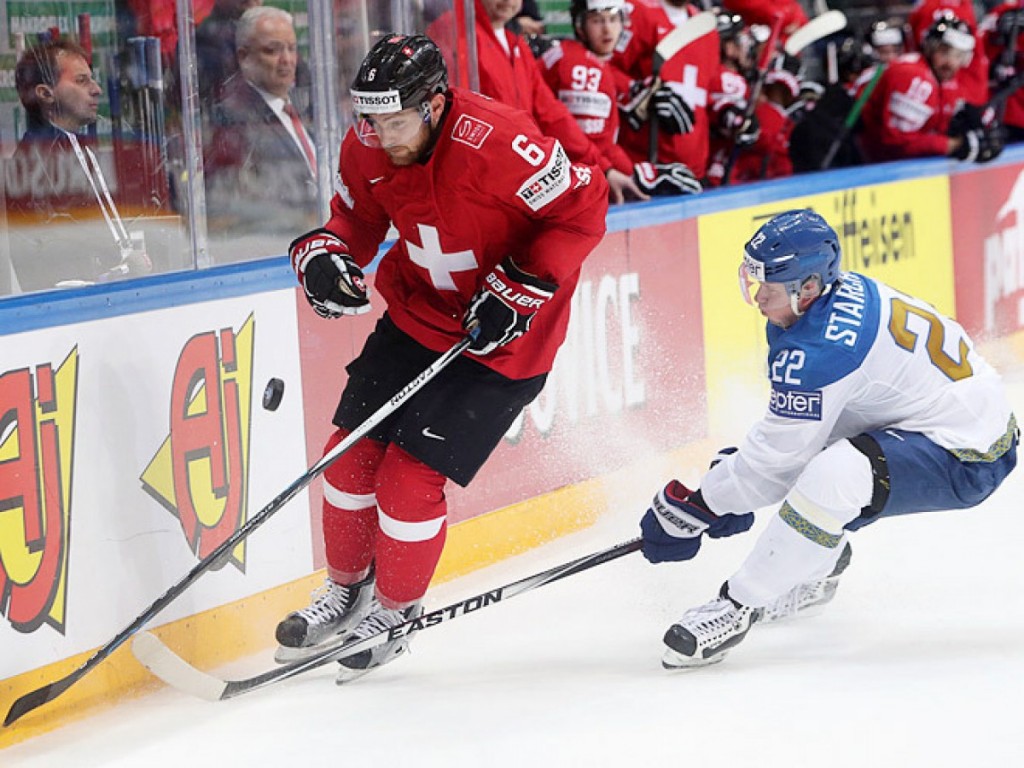 The following day, the Kazakh national team had a tough meeting against the main favourites of the tournament. The Russians in their opening match gave way to the Czech Republic team, missing three unanswered goals.

Few could imagine before the meeting that the national team of Kazakhstan would create serious difficulties for the “Red Machine.” However, from the beginning, it all went a bit different from what many expected. 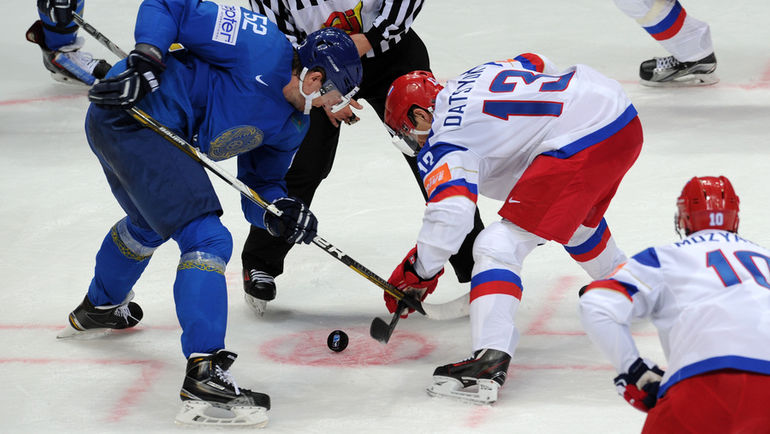 Kazakhstan is yet to win a game against Russia in ice hockey. The last “decent” loss against the Russians was 10 years ago at the Olympics in Turin 0:1. At the 2014 World Championship in Minsk, Russia won 7:2. The two Kazakh goals were then missed by Sergei Borovskiy who defends the Russian net in this tournament as well.

The Russians took an early 1:0 lead against the Kazakhs with a score by Evgeniy Dadonov. 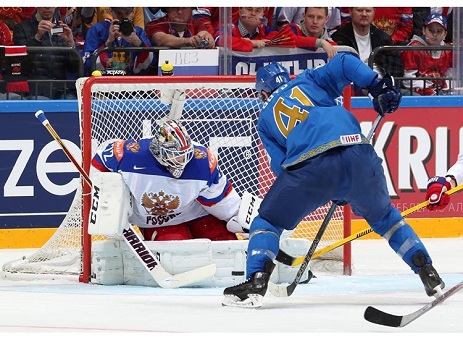 The Kazakh fans’ joy was short-lived, as Roman Lyubimov equalised for the Russians within seconds. The hosts needed a victory desperately, and Sergei Mozyakin made the score 3:2 into their favour. However, in the final minute of the first period, Rymarev’s effort helped Kazakhstan restore a tie score.

Such audacity from Kazakhstan was surprising to many. Famous Russian sports journalist Igor Rabiner at half-time wrote that he was in amazement about how it was possible for HC Torpedo Ust-Kamenogorsk, which plays in the Supreme Hockey League (VHL), Russia’s second-in-rank, to score against the first Russian holder of the Vezina Trophy in history (the trophy is awarded to the best goalkeeper in the National Hockey League).

However, in the final third of the game, the Russian managed to break the tie. Belov scored twice and Lyubimov once for the Russians while Kazakhstan responded only with one goal from Maxim Semenov. The final score was 6:4 in Russia’s favour. Team Kazakhstan, however, provided a decent fight to ice hockey’s true powerhouse.

“We knew the Russians had nowhere to retreat. We expected a difficult game. Thanks to the guys who until the middle of the third period kept the intrigue in the game,” said Kazakhstan’s head coach Andrei Nazarov following the match. 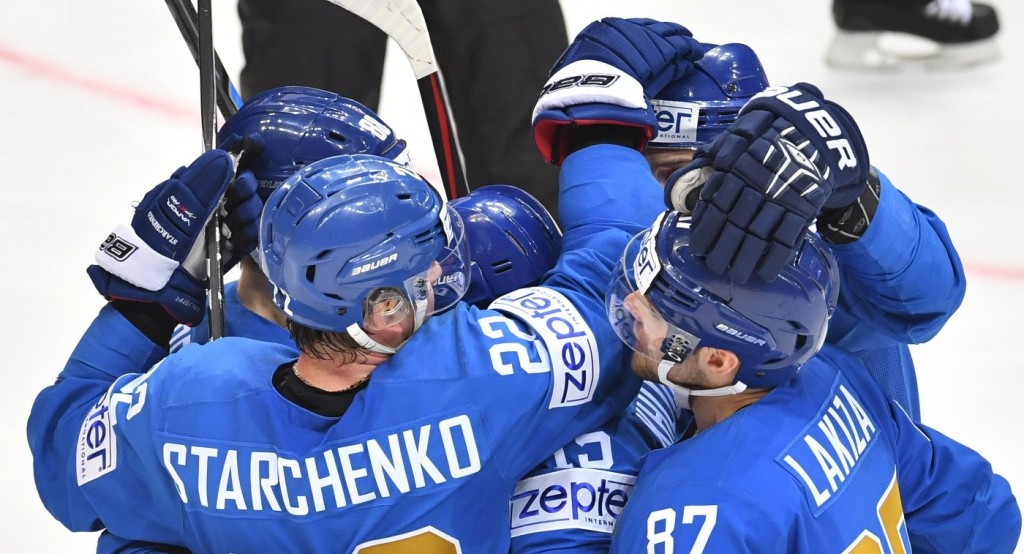 The third match on the Moscow ice was less fortunate for team Kazakhstan, which gave way to Norway 2:4. After this setback, the team of Kazakhstan dropped to seventh place in their group. 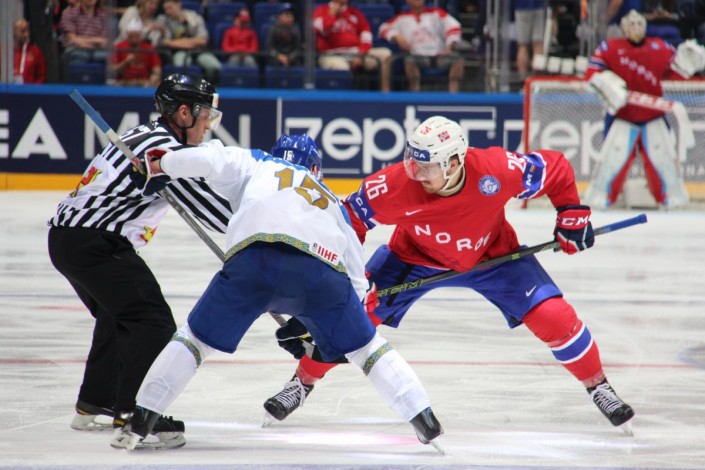 Ahead for the Kazakhs are games against Sweden, the Czech Republic, Latvia and Denmark. All the matches of the national team are aired live in the country by Kazsport TV.

In the group stage of the IIHF World Championships, 16 teams are divided into two groups of eight each. From each group four teams go into the playoffs, and the last team from each is relegated to play in the lower division the next year. In the group stage, teams in each group play each other once.