ASTANA – More than 100 female university cadets congratulated their male counterparts on the eve of the Defender of the Fatherland Day, celebrated in Kazakhstan on May 7. 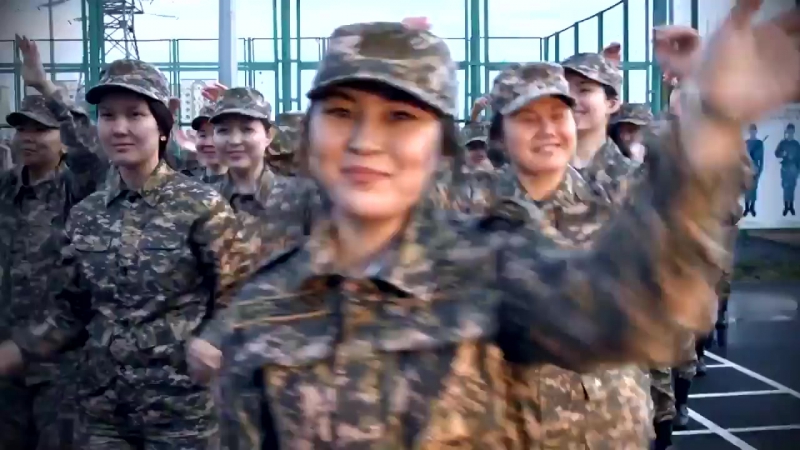 Female University Cadets Dance for Their Military Counterparts for May 7

The cadets shaped a number seven – to highlight the date – and danced under the tunes of the famous song by Tez Сadey “Seve.”

What started out as almost ‘the usual training day’ in the military turned out to be a social media hit in the country as university students lured viewers into the positive dance in the clip.

The video then continues with eye-catching boot-dancing and moves, blowing kisses and smiling at the end.

The short recording was a reply to the International Women’s Day flash-mob on March 8 performed by men. 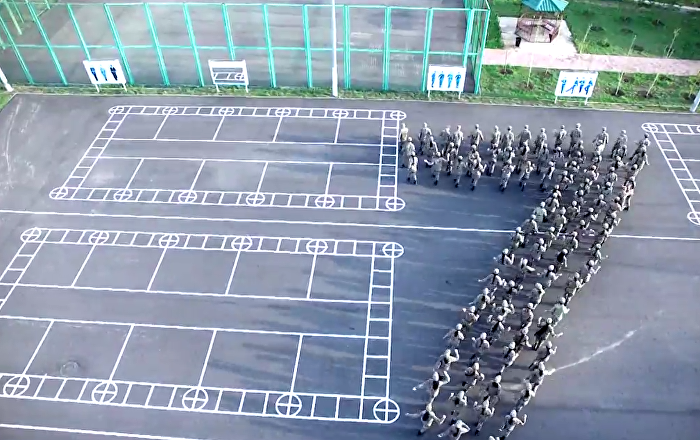 Defender of the Fatherland Day is celebrated in Russia and some other countries in the Commonwealth of Independent States (CIS) on Feb. 23, however, Kazakhstan marks it on May 7, the day of the establishment of country’s Armed Forces in 1992.

The holiday is usually celebrated with military parades, concerts and other events throughout the country and is accompanied with big fireworks each year.