By Kseniya Voronina in Nur-Sultan on 6 May 2016

Astana Cards, which will be used to pay for public transportation in Astana, became available May 4. 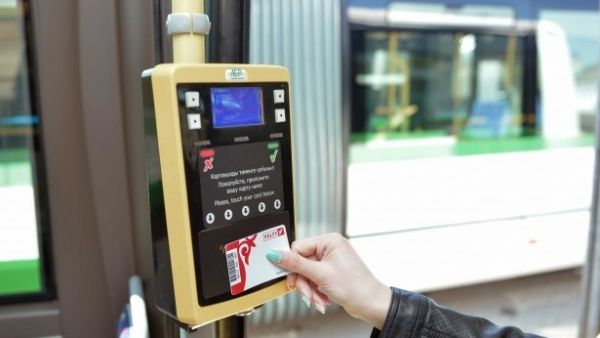 These cards are part of the new Astra Plat payment system for public transport, which is going to be introduced on May 31 for express and suburban routes and by the end of the summer for all city routes, reported the press service of Astana LRT.

An event was held at the Zhastar Palace on May 4 to distribute a limited number of cards, some members of the public will receive the cards by mail.

In August last year, the Astana LRT requested pensioners, people with disabilities and members of large families to come and make a picture needed for the transport card.

Like in the Onai payment system, which operates in Almaty public transport, owners of the Astana Card should validate their cards using a special device or validator every time they get onto a bus. The device can be also used to check the current balance of the card.

It was reported that ten special offices, 30 depositing machines and 25 sale points will be opened gradually for Astana Cards. In the future, this network will be expanded and integrated into the network of payment terminals and online banking portals. If passengers don’t have time to buy a transport card, they will be able to buy a single ticket with a QR-code in the cab terminal, which will be installed next to bus drivers.

The city’s officials believe that the introduction of the Astra Plat electronic system for public transport will help solve various problems, such as lack of single tickets accounting, lack of accurate data on passenger traffic and exact income of employees of public transport. The measure will also help to eliminate the flaws of the existing system. Passengers may also find the new system convenient, as they no longer need cash to pay for transportation.

Also for public transportation passengers, the mobile Astra Bus app for iOS and Android is available to download.